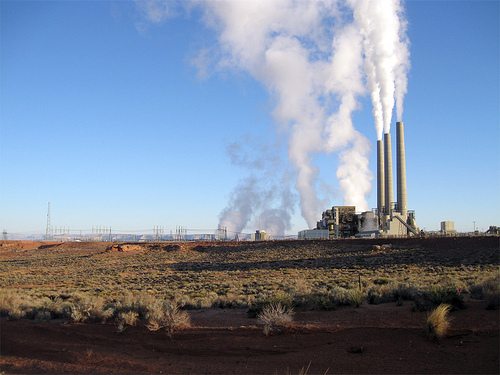 How do scientists know that recent climate change is largely caused by human activities?

The science behind how experts know that the majority of climate change is cause by man-made gases is explained by the Royal Society as part of a short guide on climate change.

How do scientists know that recent climate change is largely caused by human activities?

Scientists know that recent climate change is largely caused by human activities from an understanding of basic physics, comparing observations with models, and fingerprinting the detailed patterns of climate change caused by different human and natural influences.

Since the mid-1800s, scientists have known that CO2 is one of the main greenhouse gases of importance to Earth’s energy balance. Direct measurements of CO2 in the atmosphere and in air trapped in ice show that atmospheric CO2 increased by about 40% from 1800 to 2012. Measurements of different forms of carbon reveal that this increase is due to human activities. Other greenhouse gases (notably methane and nitrous oxide) are also increasing as a consequence of human activities. The observed global surface temperature rise since 1900 is consistent with detailed calculations of the impacts of the observed increase in atmospheric CO2 (and other human-induced changes) on Earth’s energy balance.

Different influences on climate have different signatures in climate records. These unique fingerprints are easier to see by probing beyond a single number (such as the average temperature of Earth’s surface), and looking instead at the geographical and seasonal patterns of climate change. The observed patterns of surface warming, temperature changes through the atmosphere, increases in ocean heat content, increases in atmospheric moisture, sea level rise, and increased melting of land and sea ice also match the patterns scientists expect to see due to rising levels of CO2 and other human-induced changes.

The expected changes in climate are based on our understanding of how greenhouse gases trap heat. Both this fundamental understanding of the physics of greenhouse gases and fingerprint studies show that natural causes alone are inadequate to explain the recent observed changes in climate. Natural causes include variations in the Sun’s output and in Earth’s orbit around the Sun, volcanic eruptions, and internal fluctuations in the climate system (such as El Niño and La Niña). Calculations using climate models have been used to simulate what would have happened to global temperatures if only natural factors were influencing the climate system. These simulations yield little warming, or even a slight cooling, over the 20th century. Only when models include human influences on the composition of the atmosphere are the resulting temperature changes consistent with observed changes.