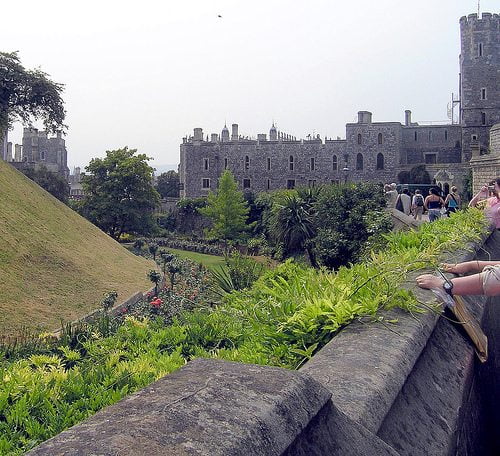 For the next two weeks, we’ll be looking at the sustainability credentials of the 10 richest small towns in Britain, as discovered by consultancy firm WealthInsight. First up, home to one of the royal family’s favourite residences, it’s Windsor.

With a population of less than 30,000 people, Windsor, in the south-east, boasts between 850 and 900 millionaires among its inhabitants.

Located in Berkshire, it is six miles east of Maidenhead, four miles south of Slough and 25 miles west of London.

The town is home to Windsor Castle – a much-loved destination for the British royal family and subsequently, a popular tourist attraction. In 2011, a £1.7m hydroelectric scheme was completed that would begin generating clean power for the castle and 300 nearby homes.

But the royals are not Windsor’s only famous residents, with a number of household names having been born or lived in the town in recent years. Adventurer Ranulph Fiennes was born there; actor Michael Caine lived there in the 60s and 70s and eventually sold his house to Led Zeppelin guitarist Jimmy Page; and the son of the late George Harrison, Dhani, was also born there.

The local government, the Royal Borough of Windsor and Maidenhead, is committed to reduce its carbon footprint. It says on its website, “Sustainability means continuing to deliver our high level of service to our residents, whilst being mindful that we do so in a way that will not compromise future generations.”

Its energy consumption levels are higher than the UK average, though.

About the Carbon Reduction Commitment, which requires those consuming more energy to inform the Environment Agency and pay a tax on it, the local authority says, “Current estimates suggest that the council will be liable to pay approximately £200,000 for its emissions. We are keen to minimise this cost as much as possible, to allow the money to be put to a more effective use for our residents.”

If you live in Windsor and are interested in ethical investment, read The Guide to Sustainable Investment 2013 for more information, and The Guide to Ethical Financial Advice 2013 to find a specialist ethical financial adviser near you.