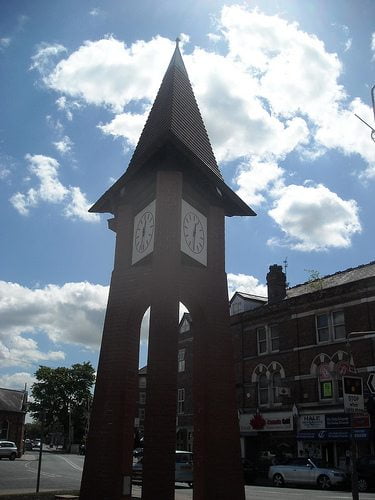 Travelling from the south-east of England to Greater Manchester, seventh on WealthInsight’s ranking of the richest small town in Britain is Hale, which boasts 350 millionaires among its 15,300 inhabitants.

Hale is located nine miles south-west of Manchester and according to the Sunday Times, is one of the wealthiest parts of England.

Historically part of the Cheshire county, in 1974 Hale switched allegiances to the Metropolitan Borough of Trafford in Greater Manchester.

Among its famous sons and daughters are early 20th century bacteriologist Frederick Griffith, who is widely credited with being the first person to demonstrate bacterial transformation, and photojournalist George Rodger, whose images of the death camps at Bergen-Belsen are some of the most iconic images of the second world war.

Hale is an affluent town. In 2008, the Daily Telegraph ranked it as the 12th most expensive place to live in Britain, with house prices 194% higher than those in nearby areas. It added that said prices had increased by 78% since 2003.

In 2001, according to the UK Census, 24.7% of the employed population in Hale was working in the property and business services sectors.

Despite offering a comprehensive list of environmental services, the Trafford council website fails to mention climate change and the need for energy efficiency or sustainability by businesses and individuals.

It presents the Low Carbon Hub, a proposal to realise economic opportunities in a low-carbon economy, preparing the area to the effects of climate change and helping it to achieve its carbon reduction targets.

If you live in Hale and are interested in ethical investment, read The Guide to Sustainable Investment 2013 for more information, and The Guide to Ethical Financial Advice 2013 to find a specialist ethical financial adviser near you.