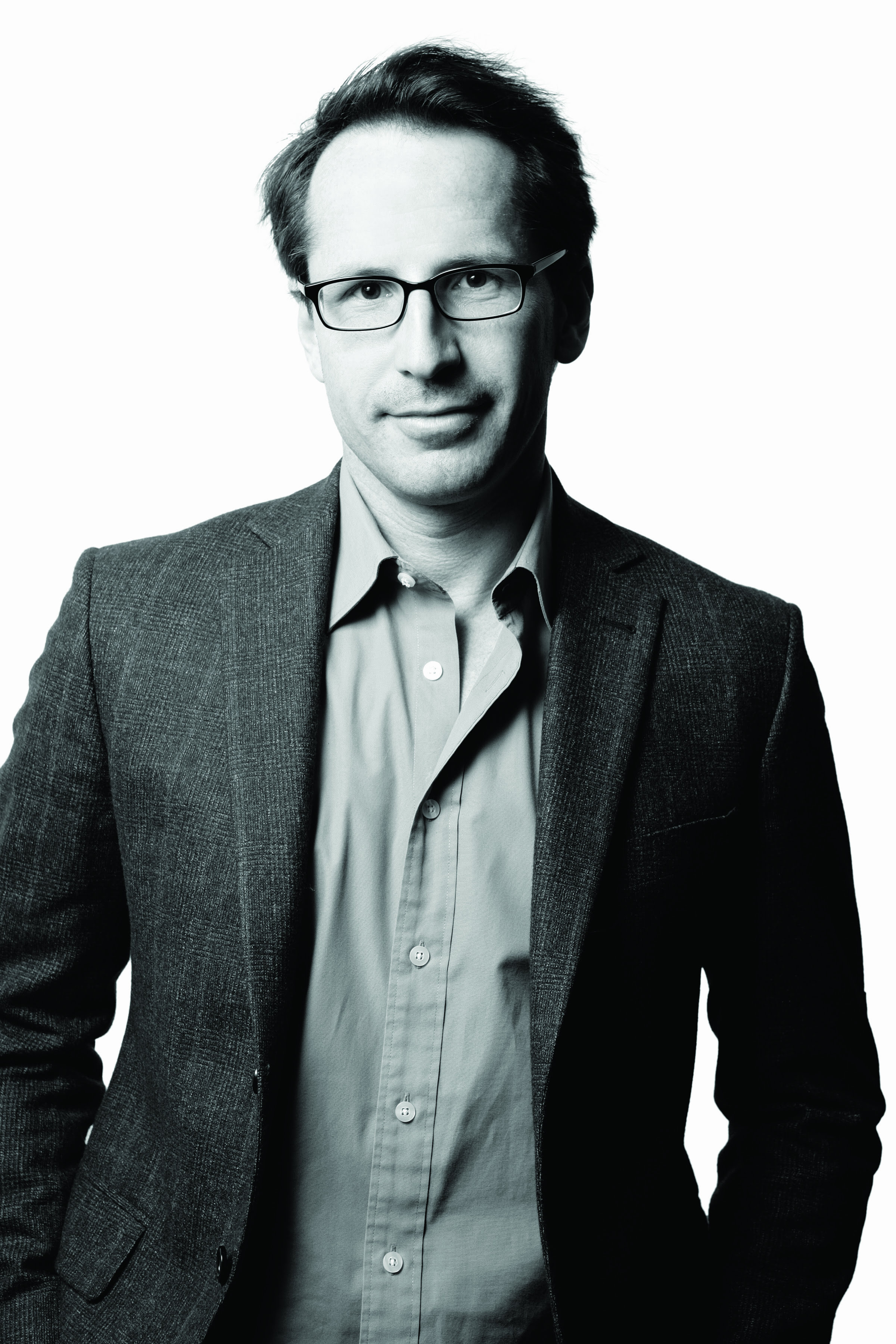 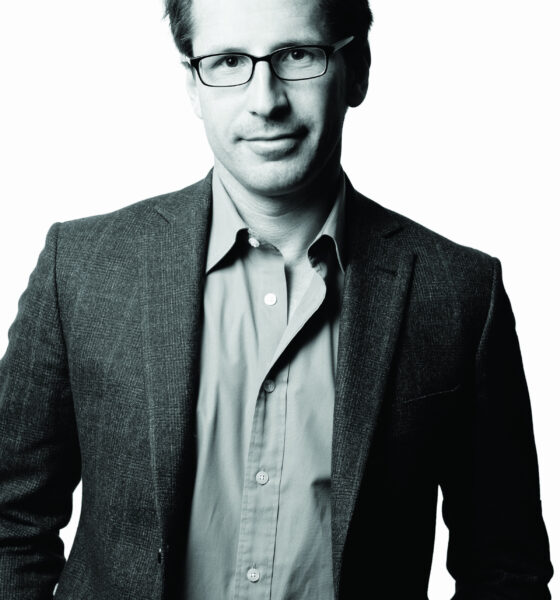 Jason Mitchell worked for the UK Government for two years in 2008-2010 on water and renewable energy development projects across sub-Saharan Africa for the Commonwealth. Now, as a GLG fund manager, he runs the Virgin Money Climate Change Fund (CCF) and balances cleaner business practices with financial returns.

Before his experience in Africa, Mitchell was focused on the telecoms and media space but, because of what he experienced there, on his return to GLG, he began managing not only Virgin’s CCF but also a number of other funds with a sustainable agenda. “I had the chance to speak at Copenhagen Climate Change and do a number of environment related projects with multi-laterals like the UN and the African Development Bank and that really drove my interest in environment development and theory”.

So, the big question: why should investors consider sustainable investment? “Sustainability is the investment required to address demographic, environmental and social change. It is about effectively managing for growth—and that might be demographic growth, population growth, or growth in the provision of basic services, such as water and healthcare”.

“What Virgin’s fund tries to do is cover the carbon part of the story”, says Mitchell.

Sustainability is the investment required to address demographic, environmental and social change.

“The big emitting companies effectively carry a liability, which is basically carbon emissions multiplied by the price per metric tonne (roughly around €6.5, today). That liability would be crystallised on the company’s balance sheet and reflected in some part in the valuation of the company”. Therefore, companies that are able to more efficiently address those negative externalities are less burdened by that carbon liability.

For Virgin’s CCF, which began in 2007, Mitchell cherry picks companies using carbon emission data from the main GLG Euro Equity Fund to fill 75% of the portfolio. The remaining 25% gives Mitchell the latitude to invest in companies that dwell in more naturally emissions intensive industries but have extenuating circumstances, or more specifically, are either solution providers or solution adopters in the carbon space.

The main aim of the Virgin CCF is to be 30–50% cleaner than the European market. “Quite frankly, we’ve tended to trend more towards 40–50%. In fact, now we are at about 60% cleaner”, says Mitchell.

Carbon is at the very centre of the Virgin CCF, and stocks are considered either red, to indicate that a company is carbon intensive in relation to its sector, or green, which is acceptable. The fund uses a carbon assessment and scoring company called Trucost to provide its carbon data.

However, Mitchell says, “The idea of carbon markets is, even in Europe, controversial; Chris Huhne had always pushed the green agenda, but you’ve seen the Tories really try to minimise the ambition of higher than EU average carbon targets. It’s a function of a poor economy and limited resources to reinvest and force companies to pay carbon taxes.

“But what has been interesting in this whole process is that carbon is not one sole externality that can be disaggregated from a whole bunch of others. What we have found is some correlation between companies reinvesting in lower emissions and companies that carry better governance scores, better scores around transparency, better reinvestment around social criteria”.

Mitchell gives Novo Nordisk as a good example. It screens as green stock within the pharmaceutical sector, and has a negligible carbon footprint of 0.52%. Notably, it also reinvests heavily in local markets and demonstrates the correlation perfectly. Indeed, healthcare is generally well represented in the fund.

The carbon footprints are important because it is the aggregate of all company footprints that is used to calculate if the fund is 30–50% cleaner than the market.

Sustainability for me is about solving problems. Pornography doesn’t solve problems, but neither does a bubble-gum factory. So my sustainability fund wouldn’t invest in either of those.

The fund also owns Pearson, a publishing company. It screens as red but has a negligible footprint. Pearson slots into the flexible 25% of the fund as a low carbon solution adopter because of a general move in publishing from paper to online. Solution providers include a chemical company called Wacker Chemie that, among other things, produces silicon for solar panel production, a process that is emissions intensive but arguably necessary for advancing renewable energy.

Mitchell says while for the first couple of years, the fund underperformed, the last two years have seen the fund deliver significant outperformance.

Mitchell attributes the earlier underperformance on filling the solution provider/adopter 25% of the fund with cleantech companies. “Cleantech or green companies aren’t necessarily great stocks. In fact, they’ve been problematic. We’re talking about companies in many cases that were illiquid and whose funding or cash flow was tied to regulatory regimes, which have been very volatile”. The Virgin CCF has tried to holistically reassess that 25% and broaden the remit to improve performance.

Mitchell describes it as a “souped-up” more carbon efficient version of the GLG Euro Equity Fund, and offers a “light green” alternative to more cleantech-focused offerings. “If you want a cleantech fund, the better way to play it is through venture capital or private equity but not public market”.

Virgin CCF tries to de-risk the market by choosing liquid, medium to large cap companies that are carbon efficient, a factor that Mitchell sees correlating with their performance in other environmental, social and governance (ESG) areas.

Mitchell also points out quite candidly to ethically concerned investors, “This is not an ethical fund. Ethical funds have very different, contradictory perspectives around a number of topics. Nuclear, for instance, is ethical, and a lot of SRI funds in France view it that way because it safely generates 80% of power, but in Germany it’s the complete opposite.”

“[Virgin CCF] does not take an ethical worldview. It is solely based around environmental factors”. Indeed, it is not for everyone. Mitchell goes on to say that Virgin CCF has held stocks in Imperial Tobacco for instance, because it is green relative to its industry and it is a holding within the GLG Euro Equity Fund, “so, for the mandate, I have to own that. If people want to express their opinions through some ethical worldview, then there are different funds for that […] It’s a very complicated space”.

Mitchell offers some very sound advice around ethical and sustainable investing: “Investors who want to invest in the space need to do a lot of due diligence and at least be comfortable with the mandate. And as a portfolio manager of one of these funds it is incumbent upon you not to stray from that mandate”.

Getting back to the Virgin CCF, Mitchell concludes “This is a European general equities fund that believe that being 30-50% cleaner than the market will drive alpha”. To achieve good performance, Mitchell says it’s important not to exclude big areas of the market, such as oil. “I own Tullow Oil in the Virgin fund. That is a function of the fact that it is green and it is owned by the Euro Equity Fund”.

Andrew Stead, commercial director for investment ISAs at Virgin Money, says, “From our perspective, the Virgin Climate Change Fund is very much inline with our overall corporate ethos, which is about trying to make everybody we do business with better off.

“It’s about us making a fair profit. It’s about giving back to the community, which we are trying to do with the Climate Change fund, in that we are trying to protect the planet by investing in those companies with better environmental footprints and also looking at those at the forefront of innovation in the marketplace”.

To look at the concepts of sustainable and ethical investments in more detail and to find out where to begin, download our Guide to Sustainable Investment for free.