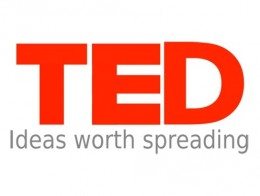 1. How to grow a tiny forest anywhere – Shubhendu Sharma – In this short, informative TED talk, entrepreneur Shubhendu Sharma demonstrates how we can grow small forests that mature 10 times faster than typical forests, and grow 30% denser and are 100 times more biodiverse. Read more.

2. Does money make you mean? – Paul Piff  – What can a rigged game of Monopoly tell us about our money habits? In this week’s featured TED talk, social psychologist Paul Piff shares some of his research into the behaviour of the wealthy. Read more.

3. Does the media have a ‘duty of care’? – David Puttnam – It has to be possible to balance freedom of expression with wider moral and social responsibilities, argues David Puttnam in this week’s featured TED talk. Read more.

6. Profit’s not always the point – Harish Manwani – Businesses must be more than just numbers on a balance sheet, says Harish Manwani in this week’s featured TED talk. Read more.

9. Can we prevent the end of the world? – Martin Rees  – In this week’s featured TED talk Lord Martin Rees, astronomer royal and former master of Trinity College, Cambridge, describes the existential threats that could spell the end of humanity. Read more.

10. Leather and meat without killing animals – Andras Forgacs – In 30 years, when humans look back at how we currently raise and slaughter billions of animals to make our hamburgers and handbags, they will see it as both “wasteful” and “crazy“, according to Andras Forgacs in this week’s featured TED talk. Read more.