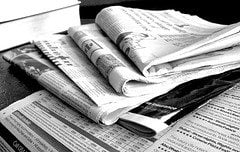 Most popular on Blue Green 18-24 September

Now we’re back up to speed publishing, with so much going on with Climate Week NYC, B Corp UK launching, the Eco-Pope addressing Congress, preparation for tomorrow’s Sustainable Development Goals and the Rugby World Cup, we wanted to take a quick look at the top ten articles over the last seven days.

As revealed in yesterday’s Sunday Herald the number of people being killed of by air pollution every year in Scotland may be nearly twice what was previously thought. Read more.

Kickstarter is Now a Benefit Corporation

Crowdfunding platform Kickstarter Inc. has re-incorporated as a Public Benefit Corporation. In their announcement they say they’re spelt out exactly what it means. Read more.

B Corp UK launches to redefine success in business

Today sees the launch of the B Corp community in the UK. This is a global movement that is redefining success in business. 61 companies have now been awarded B Corp status in the UK – representing the biggest initial community of certified B Corps yet seen globally. Read more.

The RSPB has warned that over 300 of the UK’s most important wildlife sites are at risk from fracking after completing a full analysis of the areas of land that Government have offered to energy companies to explore for oil and gas. Read more.

New research reveals that 45% of the 100 largest global industrial companies are obstructing climate change legislation, while 95% of these companies are members of trade associations demonstrating the same obstructionist behaviour. This is the key finding of newly formed London based non-profit InfluenceMap, using a unique research methodology developed with Washington based Union of Concerned Scientists. Read more.

New data published in the Sunday Herald yesterday revealed that Scottish local authority pensions have an astonishing £1.7 billion invested in fossil fuel companies, such as Shell and BP. Before today it was not known the extent to which the funds, held by Scotland’s 11 Local Government Pension Schemes on behalf of council workers and related organisations, were exposed to the “carbon bubble”. Read more.

Global Coalition Announces Major Commitments as World Leaders Gather at UN; Thousands of new commitments represent a 50-fold increase in one year. The movement to divest from fossil fuels and invest in renewable energy and climate solutions has exploded, growing 50-fold in just one year and topping $2.6 trillion (£1.68tn), according to a new analysis released today. Read more.

Business, NGO and political leaders join forces to back a low carbon future

We all know that money talks, let’s make sure good money talks the loudest. Good Money Talks, taking place in the run up to Good Money Week, will be a dynamic, interactive event where we will hear from a diverse range of speakers and discuss what’s new and what’s next for ‘good money’. Read more.

A heart felt thank you to all of our 5,300 readers this week.