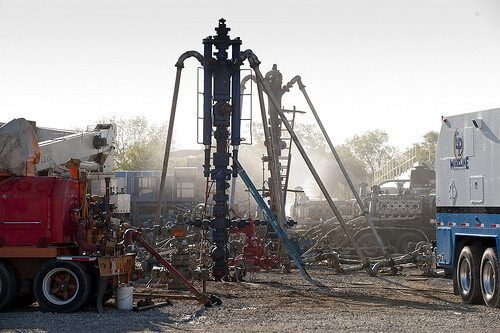 Fracking: A Difference In Policy or Is It All The Same?

The Swiss authorities are against fracking, yet the UK government is for, so why is there hardly a difference in policy outcomes between the two?

At first glance, UK and Swiss fracking policy and policymaking seem very different. The UK
government centralises policymaking and can impose policy from the top down, while in Switzerland many veto points exist in its so-called ‘consensus’ democracy. The UK government is pro-fracking, while Swiss authorities have come out against it. So it is striking that the re seems to be very little difference in their policy outcomes.

Why, if the UK government has stated its position as ‘all out for shale’, has there been limited commercial development and very little challenge to policymaking done at regional rather than national level? Why is policy and policymaking surprisingly similar in the
UK and Switzerland?

In their forthcoming article in Policy & Politics, to be published on 28th November 2016, the authors explain. Paul Cairney argues:

“First, the UK Government is not as unequivocally in favour of fracking as ‘all out’ suggests. Second UK policymaking is generally not the ‘top down’ polar opposite of Swiss policymaking. Third, the different political systems do not have as decisive an impact on policy processes and outcomes as might be expected. In other words, many factors affect policymaking and outcomes, but the macro-political context is not the most powerful influence.”

In their analysis, the authors reveal that it is in fact the common problems that governments face, and the extent to which coalitions form, that shapes the ways in which governments solve those problems.

In fact, both countries exhibit similar circumstances, for example, the environmental costs for both are unclear but worrying; the economic rewards are diminishing as a result of major reductions in oil and gas prices; and there is no obvious way to translate public support for development in either country into regionally specific fracking, because of opposition to development from local public and policymakers.