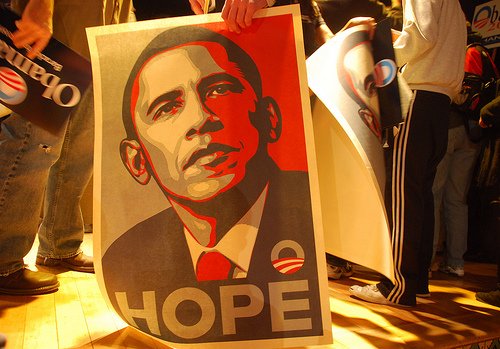 Last week, I penned an article on Republican candidate Mitt Romney’s green credentials, and, like Fox News, I believe in fair and balanced reporting (what?). Therefore, it seems only fair to examine the environmental record of Romney’s immediate counterpart, current US president, Barack Obama.

President Obama rode into the White House on a wave of optimism, and his popularity, aligned with the contempt held for the previous administration, ensured a strong mandate for the Democratic Party across the branches of government.

The Democrats had held majorities in both Houses of Congress – the House of Representatives and the Senate – since the 2006 mid-term elections, effectively nullifying the remaining presidency of George W. Bush. These majorities were increased in 2008, providing the president with a relatively free hand regarding legislation in his first two years.

The American Recovery and Reinvestment Act (commonly referred to as ‘The Stimulus’) passed through the House on a vote of 244-188 a couple of weeks after Obama’s inauguration, and through the Senate 61-37 shortly afterwards.

Included within this $787 billion (later revised to $831 billion) was a significant amount of money for clean energy investment: as stated in the previous article, the Romney campaign puts the figure at $90 billion, while the White House has it closer to $80 billion. The Romney campaign has repeatedly attacked this expenditure, highlighting “wasteful spending on failed energy policies” on the official campaign website.

It is true that some of the initiatives supported by the president have not been as successful as others, the most infamous being the help given to now defunct solar cell manufacturers Solyndra.

Solyndra secured a $535m energy department loan guarantee early into Obama’s tenure. Two years later, the firm was forced to close its doors, citing heavy competition from overseas companies. This failure has been repeatedly used by Obama’s detractors as a stick to beat the president with – Romney went as far as using the symbolism of Solyndra’s closed factory as a backdrop to a campaign speech (and given Romney’s experience of backing failed solar panel manufacturers, this was a particularly hubristic piece of spin – see Konarka).

This high profile misstep does not tell the whole story of Obama’s green credentials, though. The investment in green technology, whether it was $80 or $90 billion, was a huge step in the right direction for a country that is famed for its resistance to fossil fuel alternatives.

The clean energy investment includes $3 billion for research and development into carbon capture, $10 billion for grid modernisation, and $29 billion for energy efficiency in homes. These initiatives seek to attain goals espoused by members of both parties, including candidate Romney, but only one side seems to be owning the issue at present.

In his own words, President Obama received a “shellacking” at the 2010 mid-term elections: the Democrat’s Senate majority was cut to just four, and the Republicans took control of the House. This has tied the president’s hands somewhat regarding new legislation, but his campaign refuses to change energy policy going in to the general election. In response to a Republican ad attacking Obama’s green initiative, chief political strategist David Axelrod insisted the Democrats were “proud that [they’re] on par to double renewable energy during the course of [Obama’s] first term”, and that developing renewables was “good for the planet, […] good for the economy, [and will] create jobs”.

The message from Obama is, “We’re trying”, and he’s done OK. It will be interesting to see what’s to come in a possible second term.