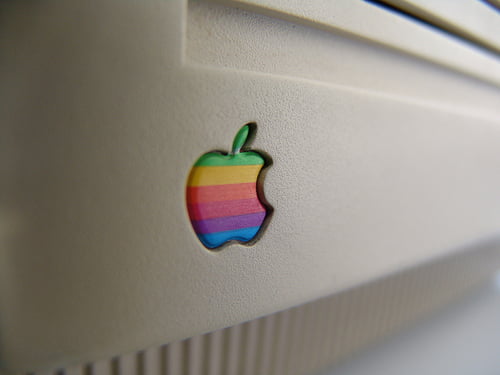 Twenty-nine years ago today, an advertisement was shown on US television to mark the imminent release of the Apple Macintosh computer – the first chapter in Apple’s meteoric rise to the forefront of global technology.

The inaugural advert portrayed a dystopian world, in which a character resembling Big Brother from George Orwell’s novel, 1984, was giving a speech to hundreds of vacant-looking people. A female athlete, being chased by police, rushes into the arena, before throwing a hammer at the screen – destroying the image of Big Brother.

The advert received overwhelming critical acclaim and numerous awards, as well as going down in history as one of the most memorable commercials of all time.

But while the company’s image in the world of technology has gone from strength to strength in almost three decades since the release of the Macintosh, its green commitments are not as market-leading as its products.

Every year, Greenpeace ranks the big technology firms on their environmental impact. In 2011, Apple was placed at the bottom of the table, with the green group claiming the organisation’s heavy reliance on coal eventually sealed its fate.

But in an attempt to perhaps shake off this tag, Apple put plans in place to convert its 121 acre North Carolinian data centre to solar power.

And lo and behold, around a year after Greenpeace’s review of its green pledges, Apple confirmed in its 2012 Environmental Update that a 20 megawatt (MW) solar array would indeed be installed at the site.

Once completed, the tech giant said the array would produce 42m kilowatt hours (kWh) of renewable energy and be the “largest end user-owned, onsite solar array” in the US.

Despite this apparent progress in greening its image, Greenpeace’s 2012 ranking delivered an even bigger blow to the California-based firm – by not including it in its rundown at all.

The environmental campaigners attributed the omission to the fact that Apple had “not demonstrated leadership or elected to pursue market opportunities to drive IT energy solutions that many of its competitors have, despite record profits and large cash reserves”.

A couple of months later, in April 2012, responsible investment research firm EIRIS handed Apple a D grade in a report that ranked large companies on their sustainability performance, using an A-E scale. Its poor showing in the study was down to its failure to address supply chain risks.

However, it’s not all doom and gloom. While Apple clearly has a long way to go before it becomes famed for its environmental commitments, Greenpeace’s annual technology investigations have in the past praised the company’s transparency and the fact it signs up voluntarily to the Carbon Disclosure Project’s emissions reporting programme.

The 2011 version of the study said that Apple had “reported a significant increase in the amount of clean energy it has purchased for its operations in the past two years, and has said that it will continue to look for sources of renewable energy and buy green power wherever it can be found”, but added that the firm had no concrete targets for neither renewables or emissions reduction.