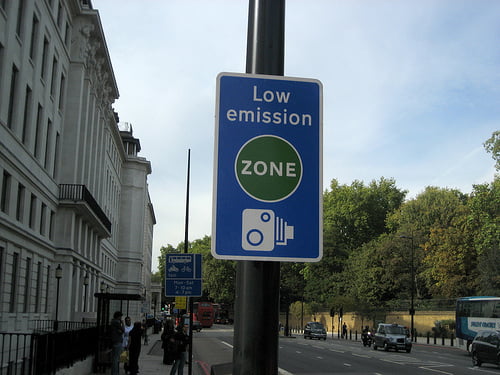 On this day in 2008: London Low Emission Zone launched

Five years ago today, the Low Emission Zone (LEZ) was introduced in order to address the rising air pollution emitted from London’s commercial traffic. Joseph Iddison takes a look at whether it, along with subsequent policies, has been successful in tackling high air pollution in the capital.

On February 4 2008, Transport for London (TfL) established a scheme to discourage heavy diesel vehicles from driving in and polluting the capital. The LEZ covers most of Greater London, and, in order to drive within it without paying a daily charge, these vehicles must meet certain emissions standards that limit the amount of particulate matter (a type of pollution) coming from their exhausts. The scheme is administrated by the Greater London Authority, with lorries and vans particularly targeted.

LEZ runs 24 hours a day, 7 days a week, and shouldn’t be confused with the Central London congestion charge. Founded in 2003, this scheme operates within different time brackets during the day to that of the LEZ (7am-6pm, Monday to Friday, excluding public and bank holidays).

Last year, on the January 3, the LEZ standards became more stringent. More vehicles were affected, and those that were already influenced needed to meet tighter emissions standards.

This increase in the amount and type of vehicles affected by the LEZ is reflected in the total fines Transport for London (TfL) has received since the scheme began five years ago. 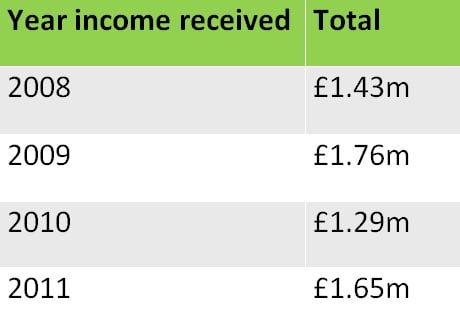 The fact that the total amount of fines was lower in 2011 than 2009 (see chart to the right), despite more vehicles being on the roads, demonstrated a high level of compliance by the majority of drivers.

Nick Fairholme, director of congestion charging and traffic enforcement, told the BBC, “The initial results of TfL’s monitoring indicates that the vast majority of the owners of vehicles affected by the changes to the LEZ that came into effect on January 3 have taken action to ensure their vehicles comply with the new emission standards.

“In the first month since the new emission standards came into effect we have seen almost 98% of vans, minibuses and other specialist vehicles, affected by the LEZ for the first time, meeting the new standards. Lorries, buses and coaches that were already affected by LEZ, and were required to meet more challenging emission standards, are showing compliance rates of almost 90%.”

Despite significant improvements in recent years, London’s air pollution is still a concern, though.

Dr Frank Kelly, professor of environmental health at King’s College London, said that 1950s legislation was sufficient in tackling the Great Smog, but that new laws were now needed.

“There’s been a dramatic increase in car ownership and traffic, more taxis and buses, so it’s a new type of pollution. Legislation is once again required”, he told the BBC on the 60th anniversary of the Great Smog in December.

Dr Kelly said air quality was known to be a key factor in the UK’s biggest health problems – heart disease, strokes and diabetes: “We’ve known this for the last decade but politicians are only just waking up to it. We need to clean the air up.”

He was also critical of the recent schemes to reduce carbon emissions, including the congestion charge and the LEZ. Each, he said, had only made a “tiny difference” to air quality in London.

Another issue for London is how its air pollution reduction levels adhere to strict EU regulations. Under EU laws, pollution levels must not be excessive on more than 35 days a year. But by April 2012, London had already exceeded this quota 36 times.

A spokesperson for the Department for the Environment, Food and Rural Affairs (Defra) said, “We want to keep improving air quality and reduce the impact it can have on human health and the environment. Our air quality has improved significantly in recent decades and is now generally very good, and almost all of the UK meets EU air quality limits for all pollutants.

“London, like many of our big cities, is one of the limited areas where air pollution remains an issue. However, air quality plans outline all the important work being done at national, regional and local level will ensure we meet EU limits as soon as possible.”

However, Alan Andrews of environmental lawyers ClientEarth said around 4,300 people die each year in London as a direct result of poor air quality (nearly 15% of the UK total, according to Defra). He attributes this to nitrogen dioxide caused mainly by traffic fumes: “The UK is failing to meet European Union air quality standards. London is thought to have the highest levels of nitrogen dioxide of any capital city in the EU, with levels on some of London’s busiest roads, such as Brixton Road and Putney High Street, currently more than triple legal limits.”

ClientEarth says the government’s own plans show 16 regions and cities will not achieve legal limits for air quality until 2020, and London will have “illegal levels of air pollution until 2025”.

Indeed, Simon Birkett of the Campaign for Clean Air in London (CCAL) agrees with Andrews’ stance on London’s air pollution, especially with regards to the concerns over breaking governing legislation: “Pollution might have come down since 2000 but it’s still the highest in Europe and more than twice World Health Organisation limits.”

Although the LEZ has only been in effect for five years, its premise has divided many in terms of supporting or rejecting it. Whist same favour its intention from a governmental and health point of view, the fact remains that it has some way to go in order to comply with EU regulations.