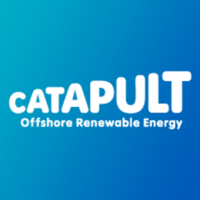 The Offshore Renewable Energy (ORE) Catapult has named a new Non-Executive Director. ORE Catapult announced Chief Executive of Renewable UK, Hugh McNeal, is set to take up the role. Hugh McNeal has a wealth of knowledge and experience in the renewable energy sector.

Colin Hood, Chairman of ORE Catapult, commented: “Hugh is a very welcome addition to the Catapult’s Board, bringing extensive experience of renewable energy policy and working with industry to drive cost reduction, growth and economic benefit from the renewable energy sector.”

Hugh McNeal said: “I am extremely pleased to join ORE Catapult’s Board at a critical time in the development of the UK’s offshore wind, wave and tidal energy industries. The Catapult has a huge role to play in driving ever closer collaboration between government, industry and academia to ensure that we capture the full benefits from this vital sector.”