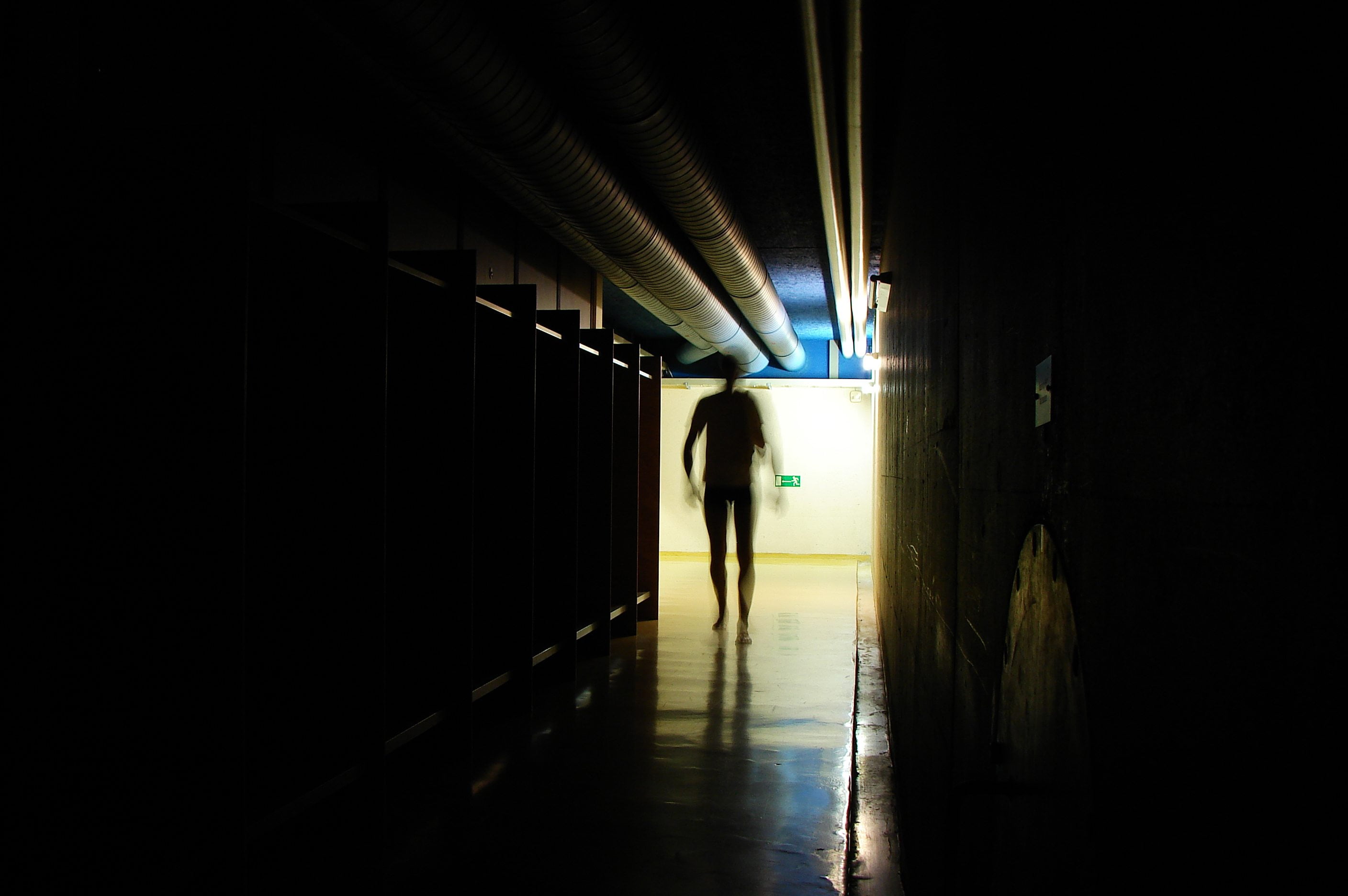 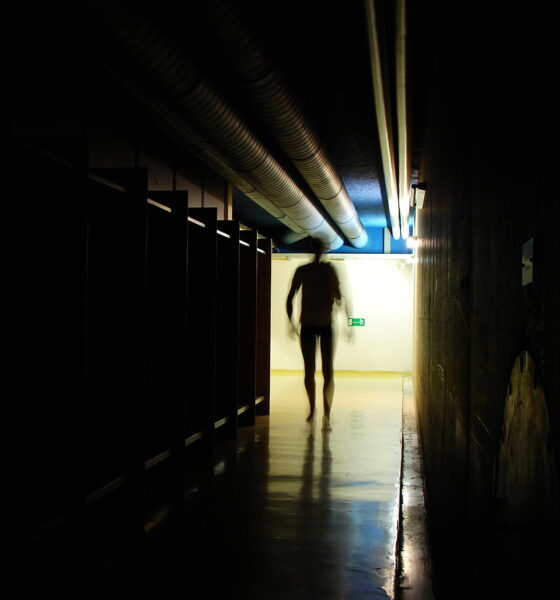 Creativity, entrepreneurship and ingenuity helped the UK lead the Industrial Revolution. But it is now in a dangerous position where it is afraid of making mistakes and even more afraid of taking risks, says Jae Mather.

The UK and its allies won the second world war through threats and scaring people into action. It moved a population of people to accept limitations on their freedom of movement, rationing and the evacuation of their children.

Normal people, rich people, aristocratic people and powerful people accepted these limitations on their lives, because they realised the alternative to have Nazi Germany win was so horrific that they would do anything they possibly could. This is why many thousands and thousands of people were sent to fight and die for that belief system.

I’m using that analogy because what we’re in currently is also a war. But the war we’re in right now is against ourselves. It’s the war against the methodology and systems we’ve created to manage our economy.

We are probably witnessing the greatest collective, cognitive dissonance in our species’ history, where there are 7 billion human beings running around on the planet thinking we can grow to 9 or 10 billion and somehow make it work.

It’s hypothetically possible. We do have technologies that can enable us to do things much more efficiently and effectively. We can stop wasting 30% of our food. We can shift towards a predominantly vegetarian diet and therefore decrease the amount of land we need to produce food and improve our health. We could have renewable energy systems that generate all of our energy without the need for fossil fuels.

The limitations are philosophical, psychological, social and political. That is our challenge here. We can do this. The question is, “Will we?”

My view is that we won’t, because there are far too many powerful people and organisations that make a lot of money from the way things are. This is the classic status quo situation. If those people in those organisations aren’t interested in transitioning, or they just want to tinker on the edges with things, then we will largely continue on this path.

It doesn’t matter what political hue you talk to or ism people may have, I do not find people very often that actually want to live in a difficult, ugly, destructive, horrible environment. I just don’t find it. I find people who actually want the same things.

Everything about our behaviour as a collective species is leading us exactly the opposite place. And that’s what’s so incredible about this.

David Cameron and George Osborne’s views on our economy are of the past. It’s like they’re looking in a mirror at what happened in the distant past when we were prosperous.

But the way the UK created the Industrial Revolution was because of creativity, entrepreneurship and ingenuity. And today, we have much less of this, because we’re now more afraid of making mistakes and more afraid of taking risks than we’ve ever been.

If you’re an innovator today, you typically hit stumbling block after wall after closed door. The finance sector, the banking sector and even the investment sector are all afraid to touch anything unless it’s late stage development. That’s insane, and means we’re just suppressing and holding back those ideas that in the past led to things like the steam engine, the spinning jenny and a little thing called the British empire. We don’t innovate in the same ways today because we are too afraid to make mistakes.

The Industrial Revolution was reenacted at the opening ceremony of the 2012 Olympic Games in London.

What I find is our leaders all around us are incapable, unable or unwilling to address these issues holistically. They are interested in tinkering and playing on the edges. But this isn’t an edge issue; this is a core foundation issue.

We cannot continue to live in the way we are, and expect anything other than more and more degrading of our world. And if two-thirds of all the fossil fuel reserves cannot be burned, then that means we’re stuck in a very unique conundrum as a species.

If we do not burn those fossil fuels, and if we honestly devalue all the fossil fuel companies in the world by 66%, we will effectively bankrupt the planet because so many of our pension funds are embedded in fossil fuels and many of our taxes are as well. And that’s excluding the issues when it comes to needing those fossil fuels for producing food, transport, plastics, power and almost everything else.

We are in a situation where two-thirds of the product that we use every day for everything we do are going to become redundant. The other thing is if we do use it and we just allow everything to continue as usual like were pretending is possible, we will obliterate ourselves, because 6C of climate change will not only wipe out such a massive percentage of the world’s land mass because of sea level rise, it will also absolutely, completely and utterly obliterate our world’s ability to deal with the civil unrest.

Our economies would come crumbling far before that ever came to fruition, because they’re so fragile right now that even a little hiccup like sub-prime mortgages in the US were able to almost topple the world’s economic system. It is incredible that we’ve developed a system so fragile that it takes something as small as that to send shockwaves throughout this fictitious economic model we’re using.

The frustration I have with all of this is yes, we can solve these problems; yes, we have everything we need in front of us; yes, every empire in the past has failed and collapsed and we will, too. But unfortunately, we seem to lack the wisdom to be able to do much about it. That’s the frustration here.

There’s still in my mind a misunderstanding within our financial leaders and majority of businesses in our world. They don’t honestly have the faintest clue as to what’s coming.

They don’t because they collectively can’t; because the cognitive dissonance that we have in our world is so poignant and powerful that even with 95% of climate scientists saying that this is what’s happening, you still have a big part of our civilisation questioning whether it’s happening or not.

We’re collectively insane. Our civilisations now appears to be almost psychotic. We’ve created systems that if you were to look at them as if they were individuals, we would see them as being mentally ill to an extreme extent.

But if we created short-term financial and governance systems that in the end have no interest in what happens to us all in the long run, why are we surprised?

If nature was to take that approach, there’s no way it would bother creating billions of grains of pollen or seeds just for a couple of them to turn into a plant somewhere. Nature shows us that short-termism is completely wrong; nature says the future is more important than the present.

A hundred years ago, businesses actually did think 20 years into the future, because they were thinking about things like legacy, longevity and handing down these businesses to family members. Employees actually mattered.

We’ve now gone to a place where we have zero-hour contracts becoming the norm within a lot of big businesses, where there is no security, no future and nothing other than desperation. It’s crazy that we as a species haven’t woken up to this incredibly basic concept that if you make people desperate, they’re going to do bad things. They’re going to make dumb decisions and they’re also going to cause wreckage and chaos all around them.

The Victorians realised this a long time ago when they began giving a little bit of their money to lift the poor slightly out of the gutter so they weren’t smashing down windows to get food. We’ve forgotten that lesson, and our civilisation is going the other way.