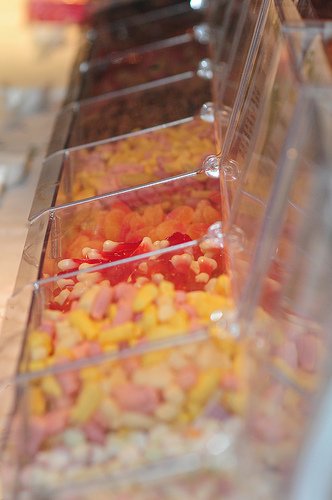 Dogmatic people are never much fun at dinner parties, whether economic, political or religious. Often they lack curiosity or empathy for alternative points of view, any self-awareness or even a basic grasp of the actual doctrines that underpin their worldview.

We’ve seen this most recently during the Commons vote over equal marriage, where divorced and subsequently remarried MPs have spoken of the sanctity of marriage and how it is between one man and one woman. We presume they mean consecutively.

If the Bible is to be taken literally and same sex marriage is wrong on theological grounds, then there is a smorgasbord of unpleasantness to hit society with from the Old Testament. Especially women and children. Unless, of course, your reading is highly selective and recognises that different times had different ethical frameworks, in which case everything is open to modern day interpretation, within the context of modern values. Only accepting the bits you agree with, is not being religious.

As Barack Obama said, “Which passages of scripture should guide our public policy? Should we go with Leviticus, which suggests slavery is OK and that eating shellfish is abomination? How about Deuteronomy, which suggests stoning your child if he strays from the faith?

“Or should we just stick to the Sermon on the Mount – a passage that is so radical that it’s doubtful that our own defence department would survive its application (ideals that focus on love and humility rather than force and exaction)? So before we get carried away, let’s read our Bibles. Folks haven’t been reading their Bibles.”

People from liberal, authoritarian, left, and right wings of politics often hold contradictory positions on economic and cultural liberalism or social conservatism. Often they favour the economics that benefits their social status or wealth and the cultural lifestyle that most closely resembles their own.

A non-domicile father of an illegitimate child owns the guardian of British morality, The Daily Mail. Not that there is anything wrong with illegitimacy; relationships fail and children are born outside wedlock. Viscount Rothermere behaved honourably when the relationship with the boy’s mother broke down setting up a trust fund for his care – but The Daily Mail does rather stigmatise single mothers, when its proprietor created one.

The online version of the newspaper is littered with barely legal, scantily clad, girls and women. A previous proprietor had a soft spot for Hitler, which is not necessarily the most ethical foundation to preach to the rest of us.

Economically speaking, both Friedrich Hayek and Adam Smith wrote about environmental protection (the need to consider negative externalities) and moral sentiments (such as the limiting the selfish impulse of entrepreneurs) respectively, where unfettered profit maximisation at any cost, environmental or social, was seen as unacceptable.

For example, in the Road to Serfdom, Hayek noted that there are certain areas, such as the environment, where activities, which cause damage to third parties, cannot effectively be regulated solely by the marketplace. He wrote, “Nor can certain harmful effects of deforestation, of some methods of farming, or of the smoke and noise of factories, be confined to the owner of the property in question, or to those who are willing to submit to the damage for an agreed compensation.” Moreover, this was 1944.

Meanwhile, Smith said, “To feel much for others and little for ourselves; to restrain our selfishness and exercise our benevolent affections, constitute the perfection of human nature.”

Karl Marx argued a communist revolution would take place in industrialised societies, but this is always forgotten in discussions of the failure of soviet communism – a mainly agrarian economy at the time of the revolution. In many ways, Marx’s analysis of capitalism’s systemic weakness has proven to be correct. He did not really offer any solutions however, and we know too well the many evils of those who carried forward his ideas.

You would struggle to find any trace of this nuanced and highly developed thinking in the swivel-eyed utterings and reports of modern-day intellectuals who take these great philosophers’ names in vain.

Just to be clear, this is not remotely suggesting a wholly secular, morality free, communist society or the opposite (a theocratic, socially conservative, free market) is a desirable goal. Nor are those triplets causally linked. Our view is that sustainable and proportionally regulated free markets in liberal democracies with equal rights and effective rule of law should be the goal. Your personal life, short of protecting the vulnerable, is entirely your own business.

However, to reject wholesale, the intellectual rigour behind some of this thinking, or to use selectively dogma that supports your own prejudice, is both unethical and intellectually dishonest.