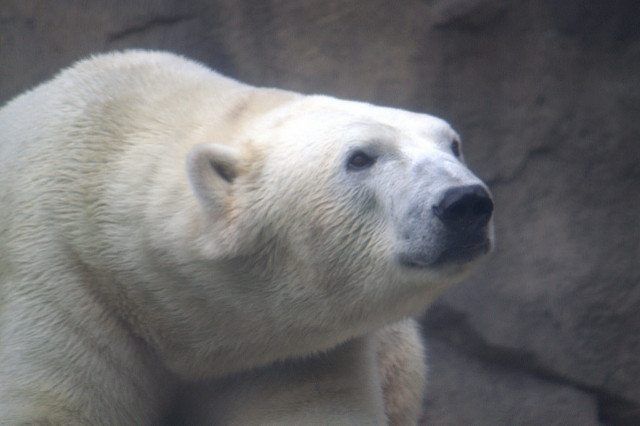 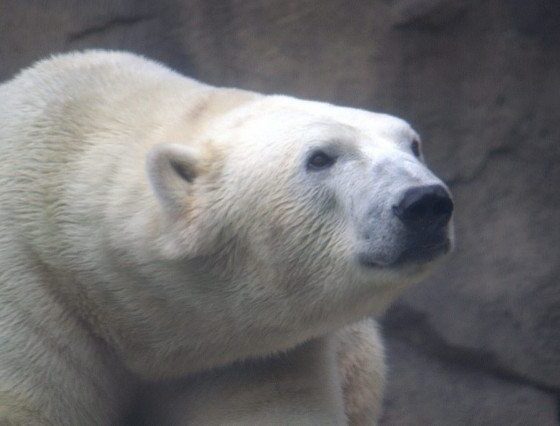 Following a global and Chinese campaign led by Humane Society International and others calling for China’s Grandview Shopping Mall zoo to close, the Mall has announced via weibo that Pizza – dubbed the world’s saddest polar bear – will reportedly be returned to an undisclosed ocean park in North China where he was born, reuniting him with his parents. The move is reported to have taken place on 13 Nov 2016.

HSI and its Chinese animal group partners, Beijing Capital Animal Welfare Association, cautiously welcome the news as a much needed reprieve for the bear, filmed by HSI in September exhibiting classic signs of mental distress. In a weibo post monitored by Chinese activists, a statement from the Mall said that Pizza will temporarily move whilst the facility is renovated. However, HSI and CAWA are urging the Mall to make Pizza’s move permanent.

Mdm Qin, Director of Capital Animal Welfare Association said: “It’s a good decision, the right decision for Pizza, but it’s not the end. Temporary is not good enough. Now we hope that Grandview will learn from this episode and move Pizza permanently so that he never again has to endure the dreadful life in a shopping mall. We still want to see the aquarium closed once and for all, to see all the animals moved, and we call on the Commerce Ministry to close all shopping mall zoos and aquariums and to prevent new zoos from being opened. Enslaving wild animals in shopping malls will not promote sales. Shopping malls should attract customers by selling quality products and improving customer service. These places are an embarrassment for China, so we and the world are watching to see what the Mall does next.”

Dr Peter Li, China Policy Expert at Humane Society International, said: “Pizza the polar bear has endured a life of deprivation and suffering in his small, artificial glass-fronted room at the shopping mall, so the news that he’s getting out at last makes me very happy and relieved for him. But we implore the Mall to make this a permanent move for Pizza and to not condemn him to return. At last he will feel the sun on his fur, sniff fresh air and see the sky above him in the company of his mum and dad. No amount of renovation could ever make a shopping mall a suitable place for this animal, and to send him back now would be cruel and heartless. We commend the Mall for being gracious enough to listen to Chinese and global voices of concern, and hope they will do the right thing for this poor bear who has already been through enough.”

Last month, disturbing video footage was released by Humane Society International and its Chinese partner group VShine, showing the polar bear exhibiting worrying stereotypical behaviours such as head swaying and repetitive pacing, evidence of frustration and mental decline. HSI’s Peter Li worries that Pizza may now be too visibly sick and distressed for public view, and that is behind the Mall’s decision to move him.

Dr Li said: “Our video clearly showed that Pizza was suffering, and we warned the Mall that soon his decline would be so apparent that it would be difficult to have him on public display. Without a doubt, the Mall has had to act due to tremendous pressure from Chinese and international campaigners, but I fear that Pizza’s poor health is part of the reason too. If that is the case, it even further underlines the need to make sure he never returns to the Grandview.”

Both HSI and CAWA have contacted the Grandview asking for confirmation about Pizza, but the Mall neglected to respond.