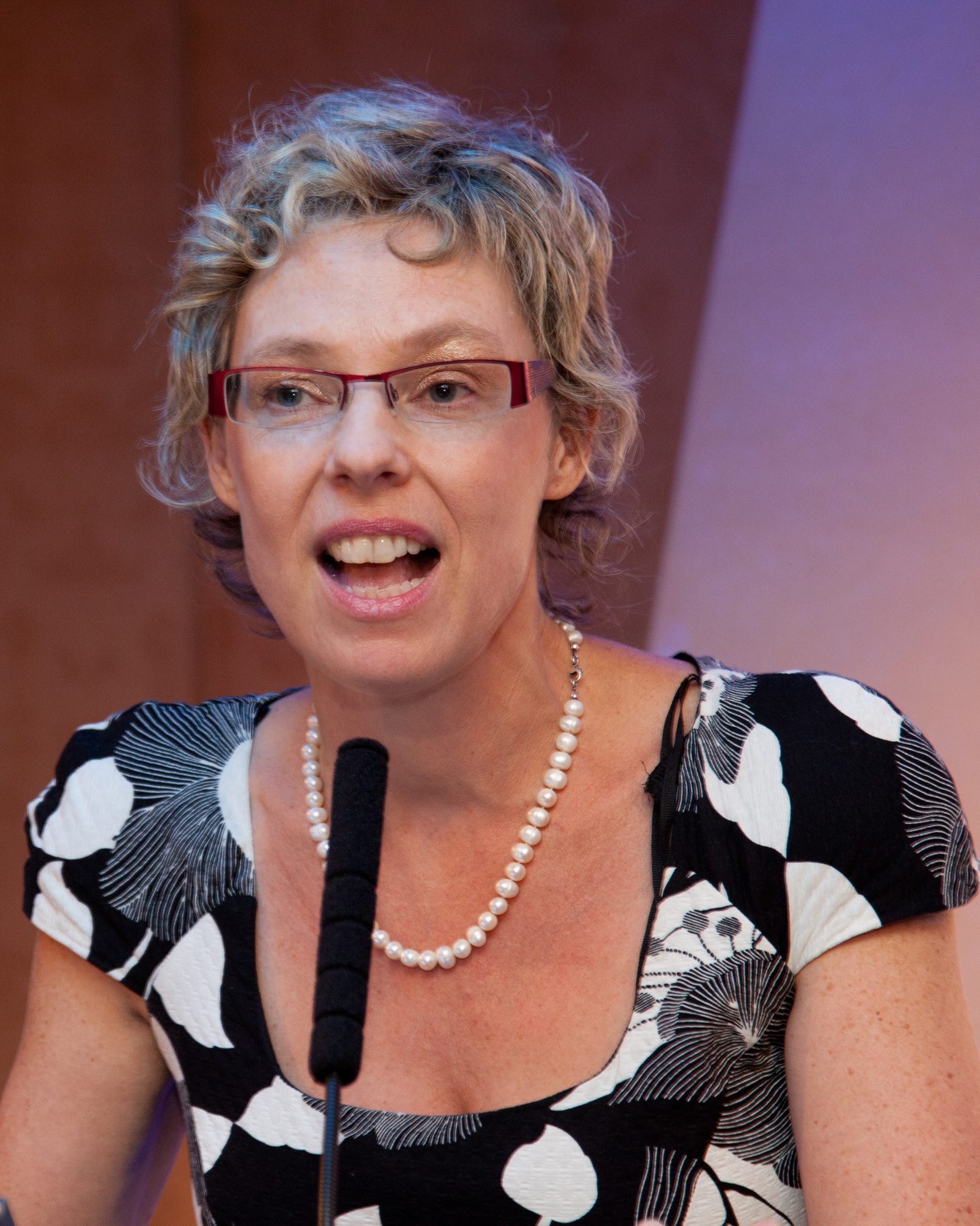 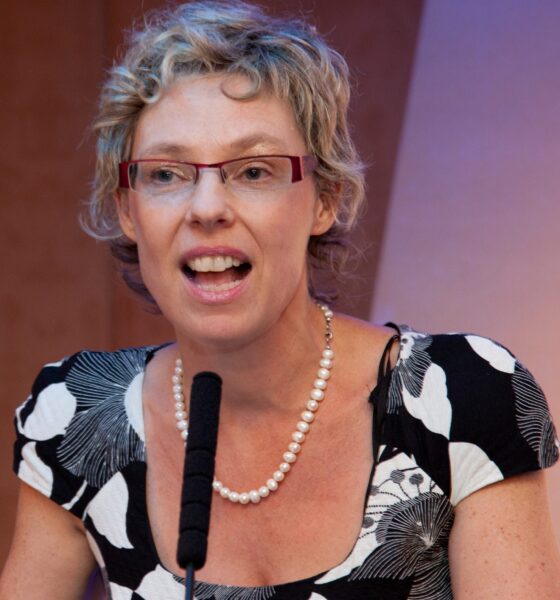 RWE Npower director Nina Skorupska was recently unveiled as the Renewable Energy Association’s (REA) new chief executive. At the end of July, she will take over from Gaynor Hartnell, who has been with the REA since launch in 2001. Reflecting on her time at the helm of the trade body, Hartnell spoke with Blue & Green Tomorrow.

We spoke to you for the first Guide to Limitless Clean Energy in July 2012. Can you talk us through the major events in the renewables industry between then and now?

Quite a bit has happened, but the common thread running through it all is increased complexity, which of course is not helpful.

Support levels for large-scale power to 2017 were finally set last summer – although this spawned a series of spin-off consultations in the autumn that have still not been fully resolved. At the smaller scale, the feed-in tariff scheme sought to draw a line under the PV fiasco with a complicated set of rules to change the tariffs in response to deployment levels.

Not to be outdone, the renewable heat incentive produced three consultations last year – with major expansion to the scheme now delayed until April 2014. Meanwhile, transport biofuels are still waiting for government to say what it wants from them – a policy limbo that’s lasted since July 2008.

Last time we spoke, you said the government was “undermining investor confidence” in the renewable energy sector. Do you think this is still the case?

I do think that we’re in an unusual situation here. We’ve got a coalition government with a very tight focus on financial control, and it’s resulting in very complex policy and very little certainty on anything going forward.

It’s uniquely challenging. I’m sure the government hasn’t set out to undermine investor confidence, but that has been the consequence of its actions.

The energy bill was published in December. Summarise your thoughts on whether the government did enough for the renewable sector.

Many people have latched onto the lack of a decarbonisation target as being the most significant shortfall. I think that’s a symptom of the immense uncertainty created by conflicting messages coming out from this government.

I’m sure the government hasn’t set out to undermine investor confidence in renewable energy, but that has been the consequence of its actions

The REA conducted a survey earlier this year that showed 96% of the industry was apprehensive about the UK meeting its 2020 renewables target. Why is this and do you think this lack of confidence is salvageable?

Just to put it in context, the UK has never met a renewables target since it started setting them in 1990. So missing a target is par for the course. Usually, a near-term target is missed; it is superseded by a longer-term target which is bigger; and the trajectory carries on with greater investment in renewables.

There’s a balance to be struck between near-term targets, which keeps the focus and pressure on, and simply making sure we’re on the right trajectory.

Whilst renewable capacity is clearly increasing and public support is there for it, I personally wouldn’t imagine that this renewables target is going to be met by 2020. It’ll be met eventually, and then we’ll go on beyond it, but I don’t think 2020 is realistic. But we shouldn’t let up the pressure.

Do you think consumers and investors share this lack of confidence in renewables displayed by the industry?

If you’re talking about the average consumer – the man or the woman on the street – I don’t think most even realise that there is a renewables target. They’re far more concerned about the energy bills.

Beyond that, if they think about it in great depth at all, they will likely believe what the media tells them, which is unfortunately a bit of a distorted message.

As far as investors go, it varies by sector. Debt lenders are going to struggle to get to grips and be confident with UK policy, but set against that the UK generally has a good reputation for not making retrospective changes – and long may that continue.

We’ve got a coalition government with a very tight focus on financial control, and it’s resulting in very complex policy and very little certainty on anything going forward

Many of them will hopefully see beyond the current policy uncertainty and just realise that renewables are on the right trajectory. Those investing in technology development are still looking at this market pretty favourably.

You announced in March that you would be stepping down from your role after over a decade at the REA. What was the hardest part of making that decision?

I feel like I’m walking away from something I’ve been striving to achieve for 20 years now – but the job’s not actually done.

I wanted there to be one single, professional, united and well-resourced trade body for renewables. That became my objective not long after I started working at the British Wind Energy Association back in 1995.

I’ve not achieved it during my time and I’m not sure anyone could’ve achieved it actually. Just at this moment, if anything, it’s looking more distant now than it ever did, which is a frustration.

Tensions generally are mounting within the industry, and this administration, I must say, is particularly difficult to work with.

What advice would you give to your successor?

Running a pan-technology trade association is difficult, but you’ve got to have some principles and you’ve got to stick to them like a limpet otherwise things start to fall apart. If I regret anything, it’s not making that point clearer all the way through.

What’s the biggest challenge going forward for the REA?

So far we’ve been supportive of all of the different renewable technologies – even the ones that are currently more expensive, because we see potential for them in terms of their costs coming down and the economic, industrial benefit that they offer to UK plc.

But it is coming to the time when things might start dropping off, either because they have become commercial, or they are clearly never going to achieve that. I think that will be a challenge for the REA going forward – how to manage that transition.

What has been your greatest achievement while REA chief executive?

It’s difficult to single out one particular thing but I am leaving the REA as the largest energy trade association in the UK with more than 1,100 members, with renewables firmly in the energy mix and an industry moving in the right direction, although still facing a bumpy ride at times.

The government recognises the economic opportunity within renewables but there’s clearly still some way to go.

What are your predictions for renewables in the UK?

We desperately need a positive balance of payments to deal with our debt. Increasing dependence on imported gas flies in the face of this, and exploring our renewable resources seems the only credible alternative.

Personally, I don’t think that nuclear is going to make a major difference. If there was a dash for gas and it’s imported gas, that will be really bad news for the UK.

If we can exploit our shale gas in an environmentally sustainable manner – and that’s a big if – that would be better, but only if we accompany it with a really dedicated push for renewables.

Ultimately, I think renewables, will win out over all alternatives. It’s just a question of when.