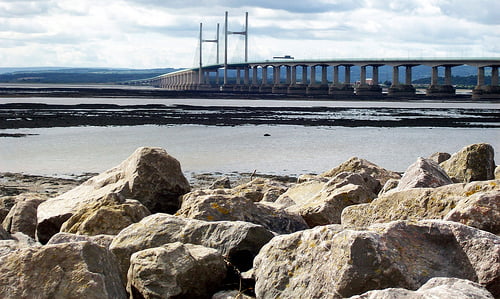 In the south-west of England, a debate has surfaced around the proposed construction of a £30 billion tidal barrage over the Severn estuary. B&GT explores the pros and cons of the blueprint plans.

The River Severn is the longest in Great Britain. With a tidal force second only to Bay of Fundy on the Atlantic coast of North America, the prospect of harnessing such a giant power is becoming impossible to ignore.

On May 16 this year, Peter Hain, the shadow Welsh secretary, quit his position to commit all his efforts to the project.

In a statement on his website, Hain spoke in a promising tone and alluded to the benefit the barrage will have to the local and regional economy. He said he hopes “to help secure Wales the biggest infrastructure project it has ever seen.”

Back in September 2010, the coalition government ruled that no public funding shall be seen to aid the ongoing energy venture.

With the requirements of both a private bill and strong governmental support, the proposal to build a tidal barrage across the Severn estuary has sights of generating at least 5% of the UK’s electricity needs; the equivalent to about three nuclear power stations.

Beyond any low-carbon electricity that the barrage might create however, lies an abundance of environmental negatives that, for now, are creating an equal counter-weight.

Not only will the treasured habitat potentially lose many of its marine occupants, but tourism in the surrounding areas may equally be at a loss.

The report said: “It is likely that the predicted reduction in waterbird numbers within the Severn estuary will have a negative impact on the popularity of the location… To what extent the decrease in visitors will be displaced to other locations would depend on the position and success or failure of any compensatory habitats.”

Mark Robins, senior policy officer for the RSPB in the south west, has said: “A barrage like the one proposed between Cardiff and Western Super-Mare would not only destroy huge areas of estuary marsh and mudflats used by 69,000 birds each winter and block the migration routes of countless fish, it would also dramatically increase the risk of flooding to residential properties.”

So far, it is abundantly clear that the success of the project depends heavily upon a visible sensitivity to the surrounding environment, as well as the effectiveness of the barrier itself.

On May 14, the BBC produced a four-minute video addressing the severity of the conflicting issues behind the barrage plans.

Peter Jones, RSPB ecosystems officer, goes so far as to suggest they have been completely misrepresented in Hain’s pitch.

“The fact is”, he explains, “that a Cardiff-Western barrage would lead to the loss of between 60% and 80% of feeding inter-tidal habitat in the estuary.”

Hain spoke with The Guardian’s Leo Hickman recently expressed why he is so keen to continue making progress with the Tidal Barrage across the Severn Estuary: “The Cardiff-Weston Severn barrage is the single most important low-carbon, renewable energy project in Europe.

“It would harness the enormous tidal power of the Severn estuary which has the second highest tidal range in the world.”

In response to varied worries about how the barrage will impact the surrounding environment, former shadow Welsh secretary Hain said, “Turbine design has been reconfigured to be fish friendly and the ebb and flow of the mechanism to be used will enable the Severn estuary above the Barrage to be maintained at a much more stable level.

“Research suggests that a Barrage would also reinvigorate the environment and protect declining species such as the Dunlin, an iconic bird in the Severn which has experiences a catastrophic fall in numbers.”

Hain also draws reference to the existing La Rance barrage in France, whereby the slowing down of the powerful tide introduced more light and oxygen, improving the water quality, attracting more fish and supporting a diverse and thriving birdlife.

So, should a barrage be built? As yet, the prospect of a bill remains a contentious topic.

The tidal energy potential of the estuary however remains the overriding factor. Harnessing the natural resources of the UK is the only way we’ll ever witness a renewables revolution in the country.