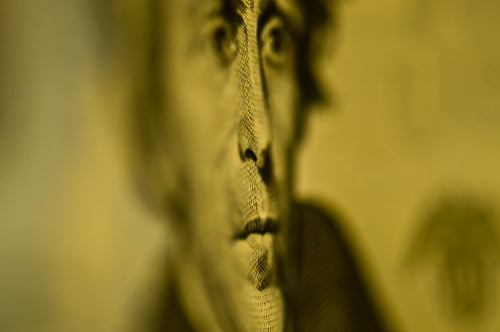 Isabelle de Grave asks whether funds and investors should be alert to the risk natural resource scarcity poses to sovereign bonds.

The environment is not often a business concern for bond investors. Only following the euro debt crisis has the idea that bonds are risk free been seriously challenged. Now the movers and shakers of the financial sector seek to deepen their understanding of credit risk by looking through an environmental lens.

As we ratchet up a lengthy list of environmental challenges, and grow our databases of near apocalyptic statistics to measure the toll human life is taking on the planet, environmental angles on economics and business are bubbling up to the surface.

Our burgeoning population and subsequent needs means we will need to produce 50% more food and energy and 30% more fresh water by 2030. Just a brief look at these statistics explains why an undercurrent is building around the need to focus on sustainable economics.

Eco-economists point towards a growing need to consider systemic risks, in particular environmental factors with an impact on multiple financial markets.

On the basis that natural resource scarcity is now a significant factor of economic performance, analysts have developed a methodology to measure environmental risk for both sovereign bond investors and countries issuing bonds.

“We’ve tried to make the link explicit between environmental factors and what they mean directly in terms of economic and financial performance”, said Martin Halle, lead author of the report and policy analyst at Global Footprint Network.

Brazil, France Japan, Turkey and India were analysed according to the environmental risk framework.

The study is an informative first step in a move to integrate environmental factors into mainstream sovereign credit risk assessment.

“The results are of a magnitude that is large enough to have an effect on the variables that are traditionally considered to be credit risks”, Halle said via a phone interview.

In keeping with the logic of conventional risk assessments, the environmental factors were found to be financially material for sovereign credit risk not just in the medium term but also in the short run.

Delving into the findings, the researchers report that in the short-term, over a period of five years, a 10% change in natural resource-related commodity prices could alter a country’s trade balance by up to 0.5% of gross domestic product.

On trade related risks for the countries analysed, Halle said, “France having a more balanced natural resource trade profile is less at risk from price volatility than a large exporter like Brazil or importer like Japan.”

Out of the five countries, Brazil is the only country in the sample whose ecosystems still generate more natural resources than its own population demands, proving most resilient to environmental degradation.

Ivo Mulder a programme officer at UNEP Finance Initiative, said via email, “The E-Risc project has been an important litmus test to see how serious investors, banks and rating agencies are taking this analysis.”

At Davos 2013 it garnered attention at a sideline event, and despite the initial reticence of major credit agencies and the majority of financial institutions to engage with project from the offset, it is gaining traction.

“I’m optimistic that in a year or two credit rating agencies and a number of institutional investors will have at least incorporated the environment as an additional factor that can affect a country’s economy”, added Mulder.

With Standard and Poor taking an interest in the environmental-economic findings on the corporate side, the E-Risc team continues to look for credit rating agencies and institutional investors to fuel the drive towards a sovereign credit risk framework that joins the dots between economics and the environment.