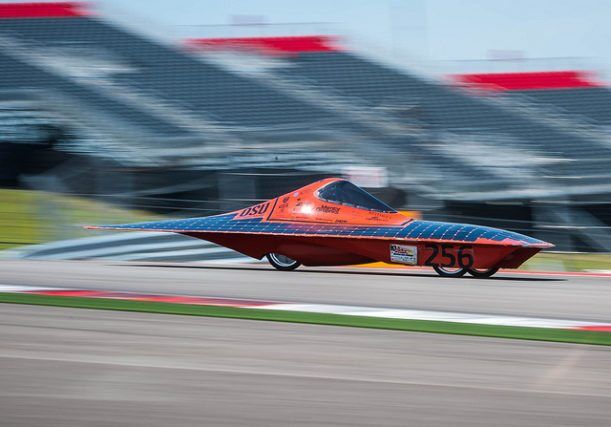 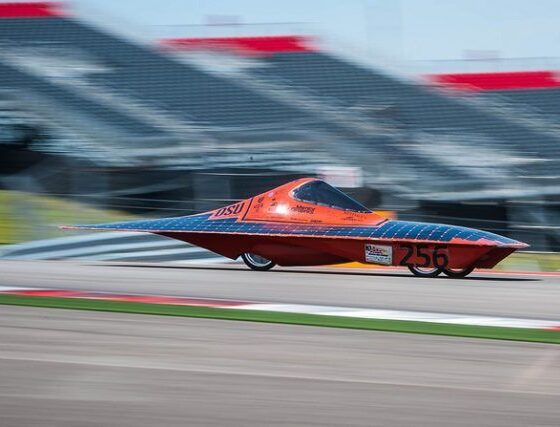 The Centre for Modelling & Simulation (CFMS), a specialist in high value design capability, has been announced today as a strategic sponsor for UK based solar racing team, Solar Team Great Britain, that is aiming to be the first British team to win the Bridgestone World Solar Challenge.

The sponsorship will also give Solar Team Great Britain access to CFMS’s state-of-the-art Cray® CS400™ cluster supercomputer, which will be used to speed the design and simulation of the solar powered car.

Steven Heape commented: “We’re seeking to be one of the most advanced teams racing in this category and the backing of CFMS plays a key role in this. The team was last week in Australia collecting tens of thousands of data points about the conditions the team will face in a year’s time, and this will also be used in modelling the car to create the perfect design to cope with these.”

The Bridgestone World Solar Challenge begins in October 2017 and sees cars race 3,022 km across the Australian desert, from Darwin to Adelaide. The team will be competing in the Cruiser Class category for multi-seat vehicles. 2017 will be the race’s 30th anniversary.

Solar Team Great Britain is a brand new team and is led by Steven Heape, engineer and renewable energy specialist. The team brings together additional design and engineering experts from organisations including the University of Bristol, the University of Bath, Airbus, Higher Education Funding Council for England, Institution of Mechanical Engineers and QinetiQ – showcasing the very best of British engineering skills and innovation.

Sam Paice, Chief Operating Officer, CFMS commented: “We are delighted to support Solar Team Great Britain in its quest to compete in the Bridgestone World Solar Challenge, working with them to develop and accelerate new technology such as solar energy through the use of advanced modelling and simulation and high performance computing.”

Steven Heape also commented: “The wider vision of the project involves inspiring a new generation of engineers and young professionals to apply talents in sustainability and to encourage the development of vehicles that incorporate solar technology.”

Solar Team Great Britain will race in the Cruiser Class category, where the winner must balance not just speed but practicality and energy efficiency. Key success factors such as payload and energy efficiency will be key considerations applicable to aerodynamic performance. The 2013 event saw a four-seater family car travel the route with an external energy consumption of only 64 kWh. In comparison, a modern family car consumes around 56mpg and will have an energy consumption of approximately 5,000 kWh.