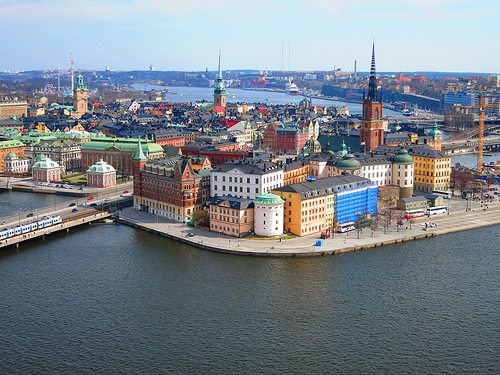 Stockholm, the capital and most populous city of Sweden, was the first city to be awarded the European Green Capital title when the award was launched in 2010.

It received this honour in no small part thanks to its grand vision of being a fossil fuel-free city by 2050. The European Commission initiative praised Stockholm’s decision-makers for their “holistic” approach, which has earned the city a reputation as a green inspiration and promises a future of sustainable development for the capital’s 897,700 citizens.

“As the population increases, we must decrease our burden on the environment,” says Sten Nordin, the mayor of Stockholm.

Nordin says that this means “making it easy to do the right thing.”

“It should be simple for Stockholmers to be environmentally friendly. For this to be the case, we must use technology to create intelligent, efficient solutions.”

Stockholm’s short-term environment programme particularly prioritises the development of a more efficient transport network, which aims to be independent of fossil fuels by 2025, and a more sustainable use of energy, land and water.

For a city just 1,200km from the Arctic Circle, keeping warm is understandably also a key concern. The city authorities say that an increased use of district heating has been one of the greatest contributors to Stockholm’s greenhouse gas emission reductions.

Stockholm’s dedication to being green is also somewhat literal, with around a third of the municipality made up of green spaces such as parks and gardens.

The result is an appealing, forward-thinking city from which many others can learn.

“Our aim for Stockholm is to always be a role model, always a green capital,” adds Nordin.