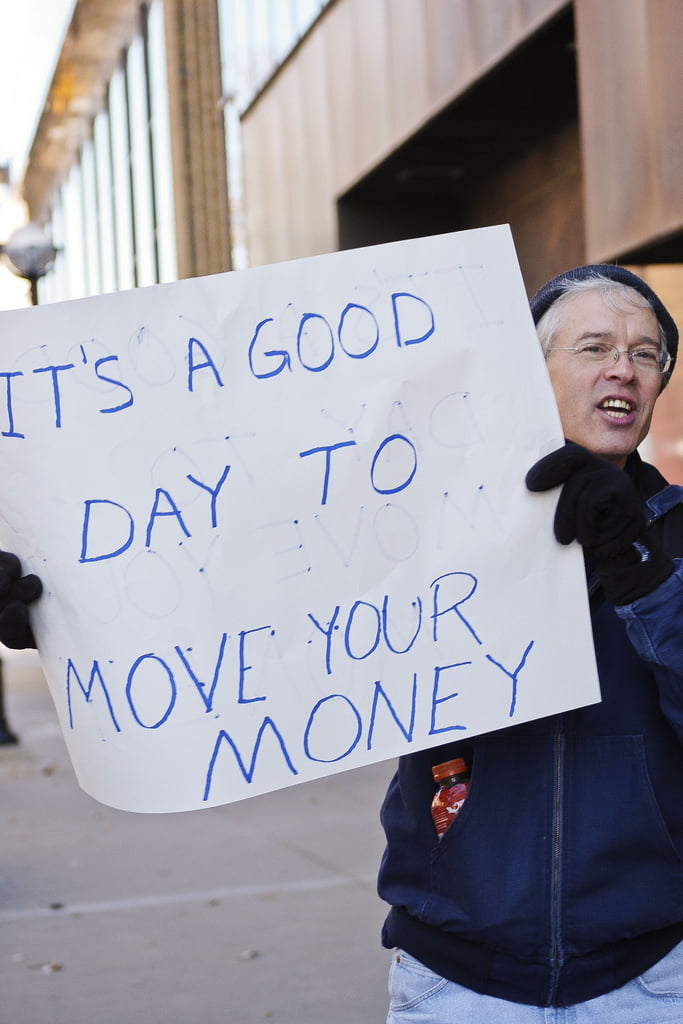 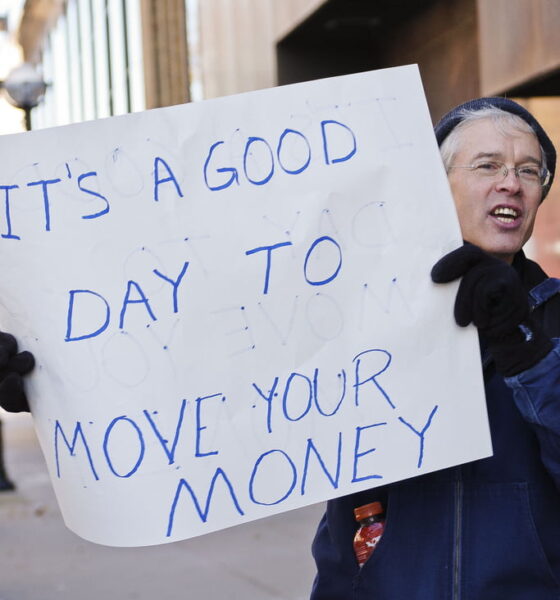 The recent financial crisis laid bare the problems of our current capitalist economy, which is increasingly dominated by financial interests. Investments in the real economy are assessed as to the risk they pose to, and the financial returns they achieve for investors. The impact of economic activity on the environment and communities is largely ignored by financial actors.

At the same time, the crisis has also shown that banking can represent something entirely different: there are banks that have “ethical and sustainable developments at the core of their mission, ambitions and practices”, as suggested by De Clerk and you can read more about them in Blue & Green Tomorrow’s Guide to Sustainable Banking 2013.

These ethical banks have received interest from politicians, the media and the public, and as a result, managed to increase their market share through organic growth. Yet this sudden growth of ethical banks is viewed in response to the crisis and thus represents the public‘s disillusionment with high street banks, rather than been seen as a signal that there is a shift in consumer behaviour in banking.

We need to refocus attention to ethical banks as countermovement. Ethical banks have not emerged in 2007/08 or thereafter, but have developed since the 1970s/80s. They are not a ‘response’ to crisis, but part of a long evolving new social movement against the financialisation and increasing disembeddedness of banking.

Since then, relationships with NGOs have been sustained and specific patterns of interaction between UK ethical banks and their various stakeholders have emerged.

Unlike other high street banks and alternatives (e.g. building societies and credit unions), ethical banks are connected to civil society interests in social and environmental sustainability and liaison between civil society organisations on the one hand, and financial services on the other.

Compared to mainstream banks, ethical banks are more oriented towards creating and sustaining social value by limiting their product markets and providing transparent services to a selected customer base, which vice versa rewards ethical banks with ongoing custom and support from civil society.

Connections with specific social movements are crucial in gaining trust and credibility in the civil society sector and being ‘known’ by actors within the network, and thus ‘knowing the sector’ separates ethical banks from retail banks and non-ethical non-mainstream banks (NeNmBs).

The various actors and ethical banks appear, as a whole, to be mutually dependent on each other via a system of checks and balances that penalise misconduct.

The ethical bank can restrict lending to customers; depositors can move their money to another ethical bank; and borrowers could try to access funds elsewhere. However, doing so is constraint by the lack of alternative markets and ethical banks.

Thus, this mutual dependence can also be seen as a positive driver of cohesion that reduces the potential for opportunism in the network and limits possible misbehaviour from the outset.

The idea of ethical banks as niche providers is linked to their origins in and connections with specific social movements and both constraints their action and gives them power within their markets because they are seen to be more capable and trustworthy than their retail bank and NeNmB counterparts.

Playing against the rules is, unlike in retail and investment banking, not rewarded with access profits and bonuses, but penalised by loosing market access.

By liaising between NGOs and mainstream finance, ethical banks are in a powerful and at the same time privileged position to access a niche market.

Daniel Tischer is a researcher at the Centre for Research on Socio-Cultural Change, and is interested in various aspects of ethical and sustainable banking and how it organises. He recently finished his PhD on the ‘Embeddedness of Ethical Banking in the UK’ at Manchester Business School. This article is a taster for his longer research paper, which can be found here.