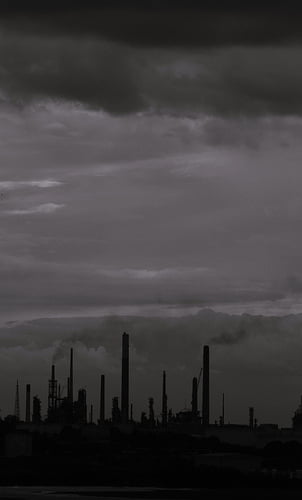 The ethics of climate change reporting: part one

In a three-part investigation, Gavin Smith assesses the extent to which objective scientific methodology is distorted by political leanings, financial pressures and the fact that the news media is only partly concerned with disseminating the truth.

It is beyond the scope of this article to venture a definitive, scientific verdict on manmade global warming – it will in fact be argued that such certitudes are inconsistent with scientific methodology.

In the first instance, this piece will assess the current state of the debate in both the mass and specialist media, and in official and scientific reporting. It will identify the salient scientific issues, question how capable they are of providing clear answers, and assess the impact of ideological or cultural norms on the debate.

The reporting of one specific issue by various publications will then be examined, namely the debate over the manipulation of evidence by the University of East Anglia or ‘Climategate’. This issue is particularly instructive as, arguably, it is wholly concerned not with the hard science of climate change but with the impact of ideology or prejudice on scientific understanding.

Overall, it will be argued that climate change journalism – and journalism generally – is inevitably tendentious, sometimes because it is politically motivated and indeed politically controlled, but also because it selects and moulds stories according to the prejudices of a target audience whose patronage it needs.

The fact that journalism is far from being a transparent medium is further compounded by the momentous and emotive character of the climate change debate. Science should logically be governed by doxasticism and empiricism if it is to discern objective truths about the nature of our universe. It’s argued that this notion is at odds with journalism and is compromised by the human frailty of even the most diligent scientists and science reporters.

In September 2010, the Royal Society published guidance that purports to describe the current scientific consensus on climate change and highlight areas of uncertainty. It takes as its premise “strong evidence that the warming of the Earth over the last half-century has been caused largely by human activity.”

It also makes it clear that “human activity is a relatively recent addition to the list of potential causes of climate change”, an acknowledgement of the fact that, as this essay will demonstrate, climate change and anthropogenic global warming (AGW) are often conflated in the mass media.

The guidance asserts that “there is strong evidence that changes in greenhouse gas concentrations due to human activity are the dominant causes of …global warming….over the last half century.”

This conclusion is echoed in findings from the Intergovernmental Panel on Climate Change. Since 1990, atmospheric greenhouse gas concentrations have risen by “25% of the total increase since [their] pre-industrial level.” Furthermore, “the world is warming, and….there is…. 0.6 degrees of additional warming ‘in the bank’”.

This apparent consensus must be set against complex cultural responses to climate change, and the vital fact that the scientific community is very far from a complete understanding of both the terrestrial and astronomical mechanisms that govern our planet.

In 2006, Al Gore brought Michael E. Mann’s ‘hockey stick’ graph of runaway global warming to a wide audience in An Inconvenient Truth.  This model became a powerful ecological orthodoxy and still retains a degree of credibility despite a critical backlash.

While Mann justified omitting the ‘Medieval Warm Period’ or the ‘Little Ice Age’ on the basis that they were balanced by opposing effects outside Northern Europe, critics maintain that the model creates a “false impression of anomalous recent change” by smoothing out proxy data.

The indeterminate complexities of climatology cannot be underestimated. If there is one inconvenient truth, it is that seizing upon a given occurrence as evidence of a pre-determined theory risks creating a false certainty.

In November 2009, Time presented Mount Kilimanjaro’s receding glaciers as evidence of global warming. In September 2010, New Scientist contended that that the effect was evidence only of local logging: fewer trees meant less transpiration and less moisture to form ice.

In the same month but on a different scale, New Scientist reported that solar fluctuation had a greater influence on climate change than had previously been appreciated and that the IPCC would be adapting its models accordingly.

While variations of 0.1% in solar brightness had been deemed insignificant, it has now been posited that solar minima correspond with increased ultra-violet radiation which affect stratospheric wind patterns and the relative movement of weather systems.

Further illustrating the incompatibility of emerging science with anything resembling orthodoxy, New Scientist more recently reported on widespread doubt about how quickly the planet could heat up. Even at current levels of emissions, a rise of 7°C could take less than a century, or several centuries.

So, the scientific consensus on man-made warming cannot logically be complete if doxastic or empirical methods are applied. This fact gives rise to a logical dilemma when science meets the mass media. Global warming could have calamitous consequences; humanity may have a causative and therefore a preventative role in that process.

The doubt innate in good science leaves ample ground for scepticism; the exploitation of this doubt for unethical reasons could be highly damaging. It would be surprising if the truth weren’t manipulated by philanthropic climate change believers for the good of mankind.

The second instalment in the investigation will be published tomorrow.