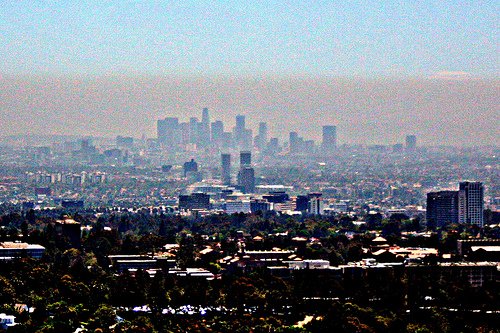 In the second instalment of a three-part investigation, Gavin Smith analyses the media’s coverage of climate change, and looks at the role played by politics and economics in determining the nature of the reporting.

The need to save the planet has become a cultural norm in the developed world, as evidenced by the blogs of marketing specialists. Not only does the “environmental culture permeate all walks of life”, but “the other problem for marketers is that ‘the environment’ is a very broad term, encompassing greenhouse effects, global warming, disappearing rain forests [et al]”.

That there is a wider interest in protecting our planet is arguably a healthy development. However, for scientists and commentators who inherit this ‘green’ consciousness, their empiricism may be compromised by a compulsion, in the widest sense, to find a given result.

The same principle may apply to scientists and commentators who for whatever reason belong to the inevitable counter-culture. Columnist and presenter Jeremy Clarkson has taken an iconoclastic stance on the faddishness of environmentalism. Speaking to The Telegraph, he pondered the consequences of global warming: “Switzerland loses its skiing resorts? The beach in Miami is washed away? Anything bothering you yet?”

Such levity belies the fact that a belief in humanity’s power over the planet is substantial enough to form the basis of litigation as well as policy. In Kivalina v Exxonmobil, Alaskans threatened by melting permafrost are suing “major energy companies” for the cost of moving their village to higher ground, countering the difficulty in proving a causative link by arguing that such companies have “conspired to create a false scientific debate about global warming in order to deceive the public”.

Conversely, in Texas v EPA, the US Environmental Protection Agency is being sued by the state of Texas on the grounds that “it used invalid science to determine that CO2 is harmful.”

Arguably, belief in AGW has become a civic virtue. Even powerful corporations which find it highly inconvenient feel compelled to pander to their demographic’s new, green prejudices. ExxonMobil’s website boasts about its “long-standing policy to conduct business in a manner that considers both the environmental and economic needs of the communities in which [it operates]”.

However, organisations such as the Union of Concerned Scientists allege that, indirectly, ExxonMobil is adopting “the tobacco industry’s disinformation tactics…and personnel…to cloud the scientific understanding of climate change and delay action on the issue” at a cost of $16million over seven years.

One of ExxonMobil’s alleged media outlets, the George C Marshall Foundation, could not be more stereotypically pro-oil and anti-green. It declares that “actions must not be predicated on speculative images of an apocalyptic vision of life in the near future” and condemns a tax hike for high earners as “increasing the tax burden on our domestic oil companies”, “[penalising] success” and increasing “our dependency on the federal government.”

Yet the Marshall Foundation’s subversion of apocalyptic language hints at an ancient cultural habit that may have sprung from organised religion but naturally grafts itself to some very secular issues and their presentation in news bulletins.

Writing about Christian Europe in the eleventh century and its sure and certain expectation of the second coming of Christ in 1033, Tom Holland asserts that “we in the West are never more recognisably their descendants then when we ponder whether our sins will end up the ruin of us.” After all, “for a long while, the notion that the world would be brought to an end….had been a kind of answer.”

As if to prove that our venerable, millenarian habits of mind can be amplified rather than eradicated by science, Martin Rees, Astronomer Royal, wrote in 2004: “Earth itself may endure, but it will not be humans who cope with the scorching of our planet by the dying sun; nor even, perhaps, with the exhaustion of earth’s resources.”

It is acknowledged that there are ample, empirical grounds for such a bleak view of humanity’s future. However, such a view does intersect neatly with the norms of a once millenarian culture and may contribute to the fact that AGW is frequently conflated with other climate changing factors beyond our control, such as volcanic activity, oscillations in Earth’s axis of rotation, solar fluctuations and the eccentricity of our solar orbit.

Along with the tropes of good story-telling, an expectation of apocalypse contributes to the artificial polarisation of AGW news stories. Few teachers of hard news journalism would accept stories that didn’t impose an angle on a climate change story that didn’t either spell doom or else harangue the doom-mongering boffins. Painstaking empiricism makes poor copy.

Such storytelling is mirrored by fictional worlds or religious tracts, where moral transgressions are logically resolved by cathartic acts which are often physical in nature. These acts may take such plausible forms as personal violence, or more fanciful forms such as planetary extinction. The relevant point is the pervasive notion that cataclysm can result from moral failure.

Read part one of this three-part investigation here. The final instalment will be published tomorrow.