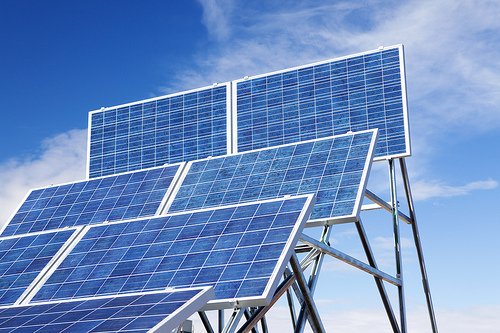 It’s an issue that has provided the solar industry with weeks of uncertainty in the last six months or so, but for now, the feed-in tariff (FiT) scheme looks to have achieved some kind of stability.

Feed-in tariffs are the amounts paid by governments to businesses, individual households and other organisations to generate renewable electricity. Often, this is through the use of solar photovoltaic (PV) panels. The tariff awarded to cover the amount of electricity generated for domestic use means that any surplus electricity can be sold and exported back to the National Grid.

As of March 3 this year, any solar panels installed incur a FiT rate of a 21p per kilowatt hour (kWh). For a domestic systems installed after August 1, the FiT will drop by 24% to 16p per kWh.

In May, a statement in the House of Commons, accompanied by the release of the government’s response, confirmed that the cuts, due to come into effect on August 1, would provide the industry with “TLC: transparency, longevity, and certainty”.

Energy minister Greg Barker underlined the government’s long-term commitment to the sector by announcing the reformation of a dedicated PV Cost Reduction Task Force, committed to solar development and trailing the launch of a new solar technology centre in Cornwall.

“We can now look with confidence to a future for solar”, said Barker, “which will see it go from a small cottage industry, anticipated under the previous scheme, to playing a significant part in Britain’s clean energy economy.

“I want to send a clear message today. UK solar continues to be an attractive proposition for many consumers considering micro-generation technologies and that having placed the subsidy support for this technology on a long-term, sustainable footing; industry can plan for growth with confidence.”

The tariff is hoped to increase each year, in line with the Retail Price Index (RPI), but with the time scale being decreased from 25 years to 20, this will seriously impact on potential returns for the long term.  The sting of the reduced FiT lifetime may amount to an approximate £20,000 loss, according to David Hunt, director with renewable energy company Eco Environments.

On a broader time scale, the solar industry welcomes figures revealing that the market is gradually recovering from cuts in the scheme. Deployment of solar PV has steadily increased over the last two years and seen a steep rise of around 620 kilowatts per week since the start of April, according to figures published by the Department of Energy and Climate Change (DECC).

The report revealed a collapse in demand after the government halved the levels of incentive available from April 1. Just 885 installations were recorded in the first week of April, creating only 2.5 megawatts (MW) of new capacity – a hugely reduced figure when compared with the tens of thousands of installations undertaken during December and March.

The figures come as DECC announced a change in the way future cuts will be handled. From August 1, the tariff will be reduced by 3.5% every three months – a decrease that will be allowed to grow to 28% should there be an unprecedentedly rapid uptake in installations.

If uptake is low, cuts can be deferred for upto six months.

DECC says: “We will consider that, through these changes, the FiT scheme will continue to support sustainable growth in solar PV, helping to ensure that the scheme is accessible for the many and not the few in a way which provides value for money to bill payers.”

Mainland Europe has been somewhat of a driver for the UK in clean power and in 2010 gave $35 billion (£22 billion) in renewable subsidies – more than half the global total, according to the International Energy Agency (IEA).

With economies increasingly lacking resources to splurge on the sector, a risk emerges that renewable demand will also shift.

Kick-starting the feed-in model back in 1991, Germany’s Act on Feeding in the Grid Electricity Generated from Renewable Energy Sources, fostered an industrial strategy which served Denmark and Spain well, too.

But the support from tariffs is dwindling. In January 2012, Spain halted subsides for renewable energy projects to help curb its budget deficit. Projections of as little as 50MW of solar PV was said to have been installed in Spain this year compared with 2,800MW in 2008 – before cuts in subsides first came about – according to the European Photovoltaic Industry Association.

With the UK FiT remaining at its current level until at least August, now is the best time to take the leap into renewables. Get in touch with Good Energy – the UK’s only 100% renewable electricity supplier – to find out how.