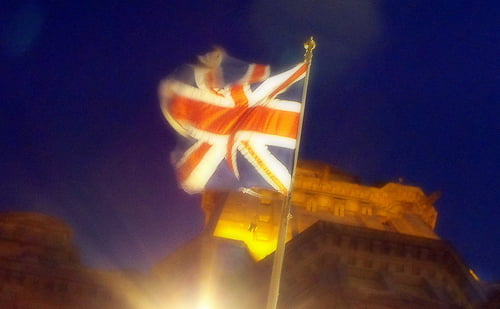 The United Kingdom has the seventh largest economy in the world measured by Gross Domestic Product (GDP), down from fifth in 1979. Despite our slow overall decline, London’s square mile, the City, is ranked as the first or second financial centre globally. Where the City leads, the world will follow. It is time we used our historic ethical instincts as well as our current financial muscle.

It might not always feel like we live in the seventh largest economy in the world out of 192. Our tiny (80th in total area), wind-swept and rain-battered island remains a good democratic and economic role model and we should not forget it.

The UK has been a significant developer and exporter of human rights, the rule of law, democracy and a common language over the last three centuries. Despite the many, many well-documented ills and often grievous sins of our Imperial past, the world is a far better place than it could otherwise have been due to the position a few of our leading rebels and mavericks (at the time) have taken on freedom, the rule of law and parliamentary democracy.

Had it not been for the UK’s island position and dogged resistance, creating a protracted war and second front, Europe may well have succumbed to fascist hegemony. People easily forget today how close we came to losing that world war. Moral relativists may not like any of this, but it remains true nevertheless.

We have also been a great exporter of innovation and free trade; from the agricultural, through the industrial and into the information revolutions. It is philosophers, explorers, scientists, innovators and entrepreneurs from the UK who have, to a greater extent, mapped and shaped the world we live in today.

Now we stand at a fork in the road. A fork created by the economic crash of 2007.

One path is to press on with business as usual, applying neo-liberal economic theory, where the unfettered market is everything and profit maximisation the clearest route to economic nirvana. This theory has catastrophically and demonstrably failed economically, socially and environmentally, and is failing us still.

The other path is categorically not some misty-eyed vision of a socialist utopia, based on out-dated 19th century thinking and theories, or about stepping back into an idealised agrarian past, which never actually existed. Nor is it a return to the consensus Keynesian policies of 1945 to 1979.

The other path is actually far more difficult and one that takes the same courage and hard-headedness as those who first adopted the new agricultural, industrial and digital technologies.

First-movers usually secure an advantage over competitors. The UK’s current, relatively secure place in the world was obtained by our first-mover predecessors in the last three centuries taking advantage of emerging technology and investing in it before anyone else did.

This path means embracing the new and rejecting the old, often over the howls of indignation from incumbents. It means choosing to hardwire into our thinking and economy the need for profit that delivers prosperity, but also minimises the negative impact that profit has on our planet and its people.

Our current approaches to farming, fishing, forestry, mining, energy, travel, trade and consumption have all reached their natural limits.

Once thriving ecosystems are in terminal decline; ever-increasing global demands for energy-intensive industry, transportation and goods are literally poisoning us with air pollutants and toxic chemicals entering the food chain; resources that feed this rapacious demand are rapidly running out; the ice caps are melting and our forests and fish stocks are a fraction of their previous scale.

Our island may have protected us from invaders in the past, but it cannot protect us from increasing pollution, resource scarcity and climate change.

It also cannot protect us from economies that are growing faster due to their lack of democratic oversight and ability to undercut every right and freedom we have fought for over the centuries. It’s very easy to be a low-cost economy if you exploit workers with no rights, child labour and prisoners. We got over those particular social evils in the 19th century. Allowing our investments to fund the dirty work for us simply isn’t good enough for a country that once sent ships to hunt down slave traders.

The new path means embracing and massively investing in clean energy sources and technology, more high-speed mass transportation and legislating for more sustainable approaches to farming, fishing and forestry.  We are surrounded by wind, waves and tides; we pretty much invented the train and the agricultural revolution started here. In each of these areas, we have natural advantages, which our political and business leaders have squandered.

It means making the companies that pollute and waste resources, and their shareholders, pay the full costs of their activity rather than gently fining them or allowing them to pass the burden on to society as a whole and the taxpayer.

It means relentlessly pursuing aggressive corporate tax avoiders and closing loopholes so that those with the broadest shoulders, who have profited most from the current system, pay the most.

It means breaking banks up into those parts that serve a valuable role in society through taking deposits and lend or invest, which we should underwrite to an extent, and those that simply speculate, which we should allow to fail.

We certainly have the financial resources and the intellectual capital to do this but we currently lack the imagination and will. Dithering and tinkering are massive failures of political leadership and will exacerbate future economic and ecological disasters.

If we diverted our incredible strengths to this great task, the world would watch in amazement and then follow.

If you would like to know more about the sector and receive copies of our most recent reports, you can sign up to our weekly newsletter here.