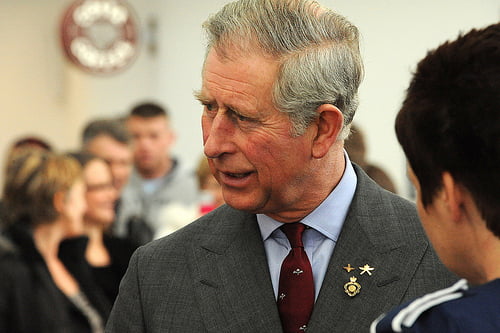 Diamond Jubilee celebrations are in full swing, with eruptions of red, white and blue inspiring the nation to cast their thoughts back to that momentous day in February, 1952. But today, we turn our attention to the future, and consider how things might look from the back garden of a new, environmentalist monarch: Prince Charles.

His Royal Highness The Prince of Wales is a prominent figure in the green industry, seen visibly to invest much time and attention in environmental issues, organic farming and sustainable development – or as he once described it, “Considering what we do, not only in terms of ourselves and today, but also of others and tomorrow”.

The prince’s attention to organic farming was a principle attribute that culminated in the 1990 launch of his own organic brand, Duchy Originals. Before its inception over 20 years ago, concern for the origin of one’s food may have been considered an eccentric and old-fashioned trait. Today, however, organic charters mark not only a prized achievement in sustainability but also meet a growing customer concern for what he calls a “virtuous cycle”.

“I wanted to demonstrate that it was possible to produce food of the highest quality”, he explained at the company’s 10 year anniversary, “working in harmony with the environment and nature, using the best ingredients and adding value through expert production.

“I also wanted to engender increasing funds for my charitable foundation, which receives all the profits through which I can then support and increasing number of worthwhile projects.”

Along with his own brand which now sells more than 200 different sustainably produced products, the prince’s commitment to various campaigns and movements, such as the Mutton Renaissance Campaign and the Prince’s May Day Network, coincide to promote the future of the sustainable business model .

But what would a greener monarchy mean for the general public? Despite the Queen’s Speech on May 9 outlining plans for water and energy bills to be introduced, the current government is seen to be some way off its target of being the “greenest government ever”.

The Queen’s assurance of progression, in terms of an energy bill, conveyed hopes that the “government will propose a reform of the electricity market; to deliver secure, clean and affordable electricity and to ensure prices are fair.”

Being arguably one of the most influential and entrepreneurial nations in the world, we should certainly be seen to harness the clean energy sector for its potential for fast-growing, responsible results.

The prospect of a truly environmentalist monarch is an exciting one. We are filled also with hopes that the new King’s first speech should reflect a successful energy bill that has seen a reform of the electricity market and introduced an emissions performance standard.

With the prince depicted as the enforcing figurehead for a greener Britain, will our governments produce faster, efficient and prosperous results?

Certainly a more compelling image for the UK would be one where influential and governmental figures exploit the bounteous supplies of renewable energy sources available to us, and distribute them across the country. Investment in responsible projects must be a crucial element in maintaining a stable economy.

“It’s the ecology, stupid”: a response to the Queen’s Speech