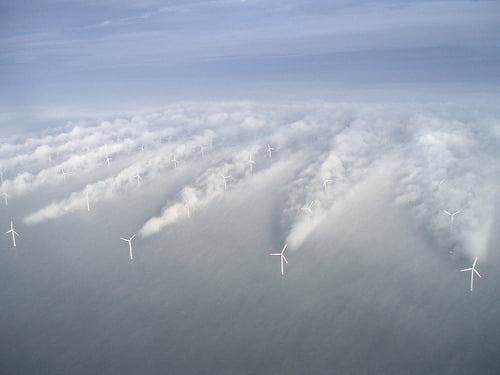 Thanks to a strong ethos of research and development (R&D), coupled with relatively healthy supplies of funding, Europe is in a good position to lead the way towards a cleaner, greener future. Among our European cousins, Ben Charig examines the countries that seem to be forging a path of energy sustainability.

When it comes to cleantech, the Scandinavian countries seem to have the right attitude. In particular, Sweden, Norway and Denmark are blazing a trail of sustainability by setting themselves challenging energy and emissions targets, investing well in the development of clean technologies, and making green living the norm.

So much so, that the UK – often seen as lagging in renewables – has recently announced collaborations with two of this trio: a wind partnership with Denmark and an energy resources link with Norway.

To encourage the industry and promote the most innovative cleantech ideas, the Nordic Cleantech Open was instigated in 2010. A report from the 2011-12 top 25 competition reveals that 97 different companies fielded entries, with the Swedes submitting the most, followed by the Finns, the Norwegians, the Danes, and finally the Icelanders.

This demonstrates the dedication of R&D in the Scandinavia countries to making everyday life a sustainable, energy-efficient process.

Of the companies that were ranked in the top 25, nine were from the ‘Energy Efficiency’ segment – further indication that energy is at the top of the agenda.

Stockholm Cleantech, an organisation launched recently in Sweden, aims to promote Swedish green enterprise on both national and international settings, boosting exports from the country and thus fostering other countries’ awareness of green technologies. The scheme continues to draw attention to the invaluable contributions some Swedish companies are making to a cleaner future.

This year will see the fifth Stockholm Cleantech Venture Day, an event offering 20 shortlisted Swedish cleantech companies the chance to showcase their products and services in front of investors.

The 2012 event is focusing on “Energy and Water – building business on the challenge of the future” and will be running on September 26-27. 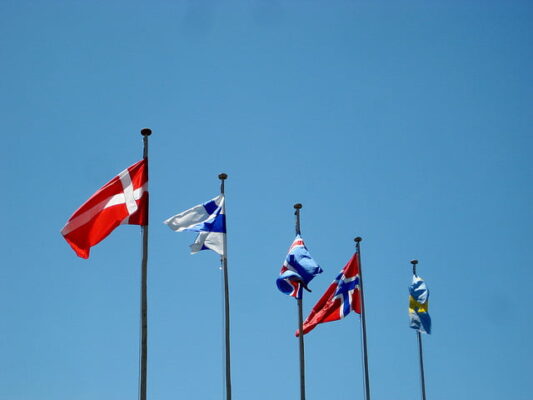 Also making its contribution to a cleaner future is Norway. In 2009, the Norwegian government opened a number of research institutions specifically aiming to develop clean and renewable energy technologies.

In addition, Norway was an early adopter of the ‘hydrogen highway’ concept. The HyNor highway takes motorists from the capital, Oslo, to the city of Stavanger on the west coast – a stretch of almost 350 miles.

According to the HyNor website, the route was officially opened on May 11 2009, and was christened with the Viking Rally (also known as the Zero Rally), a race for electric and hydrogen-powered vehicles along the entire highway.

Not to be outdone by their neighbours, the Finns and the Danes have ambitious goals in the fields of energy and environment. Indeed, Denmark intends to source 50% of its electricity from renewable sources by 2020 and, staggeringly, 100% by 2050 – a daunting task for any nation but one to which the country is committed.

Finland has always been an innovative land, and it consequently boasts an uncommonly diverse range of energy sources. As well as the more commonplace but finite oil, nuclear, coal and natural gas power supplies, the country also uses wood and peat-based fuels, along with biogas harvested from waste digestion.

In September 2011, Google announced the opening of one of its most efficient data centres yet – in Hamina, Finland. The plant, bought by the internet giant in 2009, was originally designed and built in the 1950s as a paper mill. The centre uses sea water from the Gulf of Finland to cool the many servers housed there.

The Scandinavian countries are of course far from the only proponents of clean and green technologies. Germany, a nation renowned for its engineering prowess and environmental concern, reached a remarkable milestone earlier this month.

According to an article published by Reuters, 25% of Germany’s energy supply is now derived from green sources, demonstrating that the country is well on the way to its target of 35% by 2020.

The massive growth of the solar technologies industry in Germany has not stopped (have a look at this video by Chris Davis and Alfredas Chmieliauska for an excellent visual illustration of the country’s burgeoning solar panel network), and the feed-in tariffs provided by the government will continue to entice private and commercial investors alike.

As well as generating cleaner energy, the solar industry has created many thousands of jobs in production, installation and maintenance since taking off in the late ‘00s.

Just across the border in the Czech Republic, comparatively cheap land prices along with a reasonably strong economy and heavy subsidy from the government have helped solar power storm to the fore in recent years.

However, a recent decision by the government to impose a retroactive tax on solar farms generating more than a certain quantity of energy has proved highly controversial. Many investors have expressed their frustration at the move, and some have threatened to take legal action.

Europe is clearly an exciting place to be when it comes to cleantech. But when it comes to green energy, the forward-thinking approach of the Scandinavian countries in particular should be lauded.