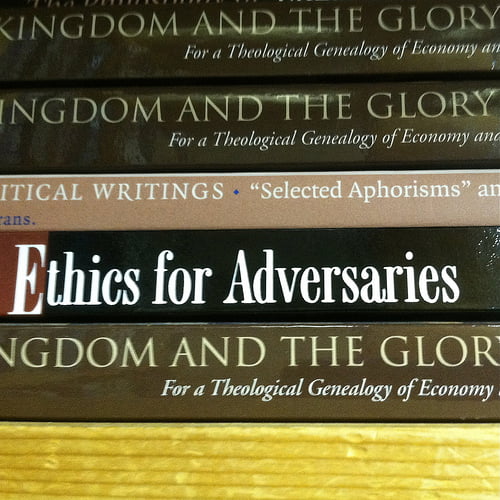 The above view seems to be the dominant one among personal finance writers, advisers and asset managers. It is surprising in an ostensibly Christian country that amorality (some would say immorality) has become the mainstream investment strategy.

From the pages of the Investors Chronicle, City AM and The Telegraph, we hear the same mantra. Ethical investment is unprofitable and risky. Diversify and make profit today, whatever the cost tomorrow. The ideal portfolio has no room for such wishy washy considerations.

There is a profound disconnect between investing unethically in companies that harm humans and the environment, of which we are only temporary custodians, and any recognised moral framework – be it religious or philosophical.

Giving to charity and volunteering are all very noble activities, unless, that is, you invest in a company that is screwing the very people or cause your charity or volunteering purports to help. All for a marginal percentage.

The main debate about individual morality in the UK has inevitably gravitated towards sexual behaviour and sexual preference. Sex seems to sell in morality as it does in consumerism. It seems perverse to obsess about who you sleep with rather than whether you are investing in a way that harms humanity and the planet.

Consensual sex between adults seems to be a far greater sin than widespread tax avoidance and evasion, investing in companies that kill, maim or harm women and children or those that destroy our fragile environment.

The Church of England is deeply confused about women bishops and challenged by same sex marriage – even though some gay people seem to be jolly nice chaps. The Catholic church is mired in child abuse and financial scandals, alongside deeply unchristian battles over reform versus the status quo.

Who wears the big pointy hat or pretending you are something you are not, seems to be the priority issue, rather than creating a better future for everyone.

Meanwhile in the real world, millions die unnecessarily from famine and disease (sometimes related to dogma over contraception).

It seems trivial to obsess about whether you have a penis or not, and where you put it, compared to the existential threats we face as a civilisation and the widespread nature of human misery and suffering.

This moral inconsistency and hypocrisy is rife in investment, business, media and politics. It is time we recognised that what we invest in creates the future our children and grandchildren will inherit.

They will not be proud of us, or thank us, if we pursue short-term profit from selling addictive cancer sticks to poverty-stricken nations, filling our air and seas with toxic waste or degrading our environment to the point where much of it is desert or wasteland.

As an investor, it is vital that we consider the moral or ethical implications of what we invest in. To do otherwise is a betrayal of our responsibility to our children and catastrophic for the future they will inherit.

As Martin Luther King said, “The time is always right to do what’s right.”