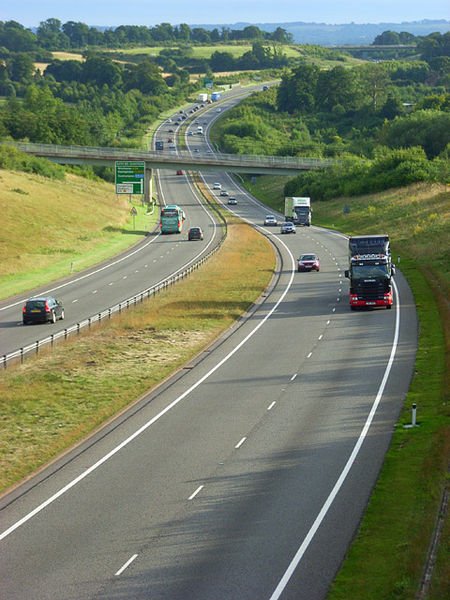 On this day in 1996: green groups rally for ‘Third Battle of Newbury’

Seventeen years ago today, a war was slowly beginning to erupt in Berkshire. John Major’s government had tabled plans to clear over 300 acres of land near Newbury in order to make way for a new bypass. But their hopes of an easy process were dashed once environmental groups got involved.

Friends of the Earth, the Council for British Archaeology, Greenpeace, the RSPB, the Wildlife Trusts and the WWF all voiced concerns over the development, which they claimed was “not the answer” to the area’s notable traffic problem that had been a major factor in the bypass’ proposal.

Esteemed environmental campaigner Tony Juniper, who back then was deputy campaigns director at Friends of the Earth, said at the time, “The government is convinced of the local political benefit from building this road but has misjudged the national picture.

“The public does not want protected countryside to be bulldozed to make way for yet more cars and more pollution. Only 11% of the population believe that road building is the best solution to our transport problems and the government should take account of that in the run up to a general election.”

Despite continued opposition and notable protests during the construction process – which campaigners had dubbed the ‘Third Battle of Newbury’ in homage to the two 17th century civil war battles in the area – the £100m bypass was eventually opened in November 1998, after 34 months of work.

The main line of argument that protestors held was indeed the environmental impact of the proposed road. And they perhaps had cause for concern.

Some 360 acres of land – including 120 acres of forestry – had to be cleared in order for the bypass to be constructed, leading to one of the most populous anti-road protests the UK has ever seen, as thousands of people began occupying the trees and setting up camp in the area.

With a quarter of journeys in the UK now lasting for less than five miles (according to Sustrans)– figures that have led road transport to account for over a fifth of carbon emission – it’s easy to see the opposition to the road. But planners maintained that it would bring many benefits to Newbury.

House prices were expected to rise because of the better connections to elsewhere in the UK, and the area’s economy would also be boosted, with the bypass making it easier for local traders to venture further afield.

But new roads create new traffic – as outlined here by the Campaign for Better Transport – so the government’s objective to deal with the area’s congestion problems by laying more tarmac was seen as the wrong answer.

A Friends of the Earth press release from 2003 – five years after the bypass opened – said it had “not solved the town’s traffic problems”, while the Campaign to Protect Rural England (CPRE) claimed that road fatalities had increased by 67% in that time (despite Department of Transport figures during construction that said it would cut deaths by almost half).

And only two days ago, protesters were evicted from a site in Sussex where a £93.8m road between Bexhill and Hastings is due to be built, proving that the war between environmental campaigners and transport developers is certainly not over.