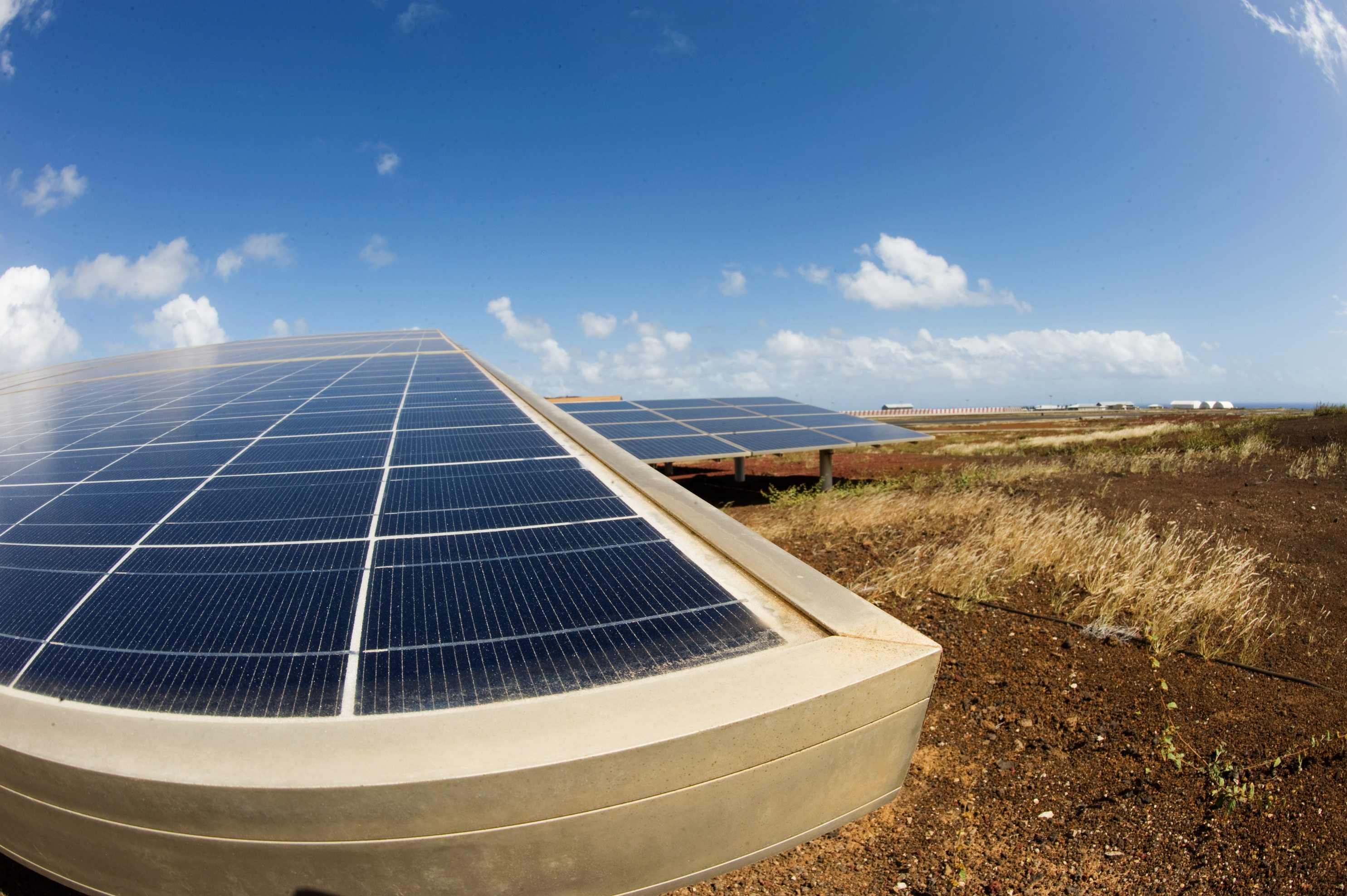 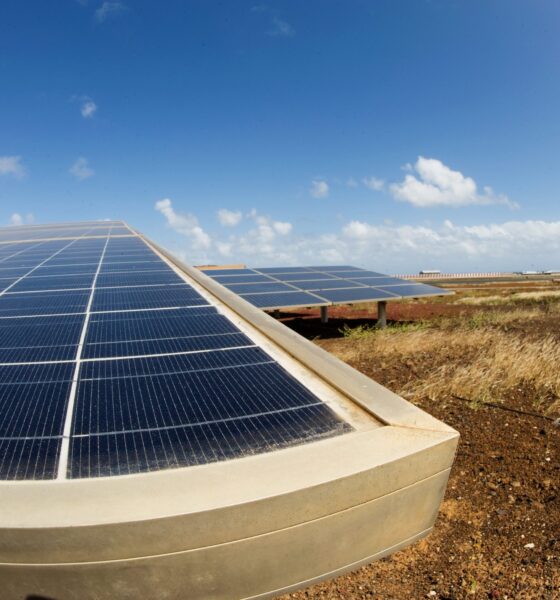 If you can’t put solar panels on your own roof – usually the first port of call if you want to invest in renewable energy because you get the cheaper energy, too – but you are still interested in the growing opportunities to invest in renewables, then you might wish consider investing in a project.

They can make an interesting, profitable and feel-good addition to a mix of investments (tempting as it might be, it is not a good idea to put all your eggs in one basket, or all of your pension in one solar farm, in this case). And also bear in mind that investments in renewable energy projects tend to be long-term. Your capital may be at risk and investments may not be readily realisable. Returns tend to be variable.

1. The level of returns

Returns from renewable energy projects knock the socks off standard cash savings accounts, where we Brits insist on putting our money despite the negative real interest rates.

The average rate on the top five easy access savings accounts is 1.6%, according to Savings Champion. A typical internal rate of return (IRR) on a renewable energy project would be 6-8% at current rates. Although it is important to note that project investments are not easy access and are higher risk than a typical savings account at the bank, so you might get the return, but not some of the other benefits of a standard account.

It is possible for returns from direct investments in renewable energy projects to reach 8%, sometimes more if the project hasn’t been built yet, or if there are tax breaks included, such as the Enterprise Investment Scheme (EIS), for which some projects qualify, giving investors a 30% uplift. Although generally, remember the higher the return, the higher the risk.

Another part of the reason returns can be higher than on investments of a comparable risk profile is down to the feed-in tariff (FIT), the government-backed subsidy that pays developers of renewable energy a top-up amount for producing clean energy instead of the alternative dirty stuff. This amount is set at the date a project is installed and changes only to rise in line with inflation for 20 or so years – the typical term for which a FIT is guaranteed.

2. The stability of returns

The wind and sun are pretty much constant. OK, they may go up or down a bit daily and seasonally, but the projected returns are designed to account for these blips to the average wind speed or solar radiation. Overall, the blow of the wind is predictable and so is daylight from the sun.

The subsidies renewables attract are also constant – and rise in line with inflation (see below). In the past, there have been concerns over the reliability of the existence of the subsidy itself, i.e. could the government pull it altogether? Following a court case in 2012 that ruled the government could not retrospectively pull the FIT, these fears have been calmed.

The only real variables in the returns come from changes to electricity prices, which are governed by the market and are harder to predict than subsidies, although there are historical trends. 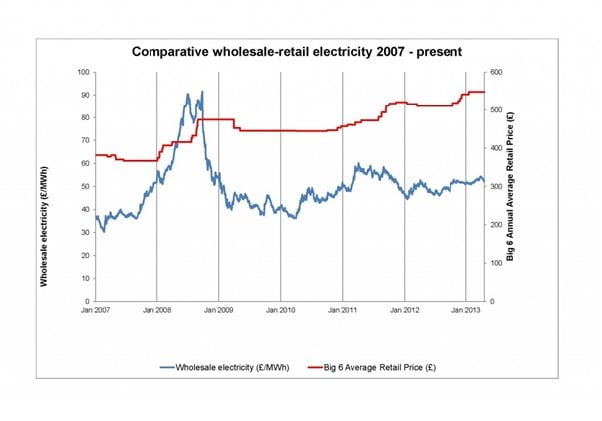 3. The low risk of the technology failing

Renewable technologies are relatively new, but they are pretty dependable (one reason why insurers are quite happy to issue warranties for performance of panels and turbines for 20 years or more, and also why pension funds, which need sturdy places to put pension savers’ cash, like investing in them).

Once a turbine or some panels are installed, then barring some exceptional circumstances, they can be relied upon to start working straight away and not stop for years – in most cases way outlasting their 20-year FIT term or insurance warranty.

Because of the FIT, but also because of energy prices, which contribute to returns in two ways. First, if energy prices are going up, the developer is receiving more revenue for the energy they produce and some of this goes back to the investors. Second, energy prices are included in the Retail Price Index (RPI) and in fact, have a large bearing on it as energy makes up so much of household spending.

So energy prices push up RPI and therefore also push up the index-linked FIT.  So investors in renewable energy projects might be paying more on their energy bills, but are getting some money back in the form of higher returns on your renewable investments.

5. The impact on local communities

Discounting the shrill minority of nimbys (‘not in my back yard’), the impact on local communities from local renewable projects is largely perceived as positive. Homeowners will benefit from cheaper energy and there is now a planned government incentive scheme to enshrine discounts on energy bills for communities that approve local renewables projects.

You can now invest in panels on the roofs of new-build and sometimes existing homes, contributing to the lower energy bills of others, or even on school roofs. And there are local jobs in it too.

6. The long-term impact on energy bills

One of the problems with energy from fossil fuels is price volatility, but on an upwards curve. This is because fossil fuels are a finite resource, and as any budding economist knows, a dwindling supply of any good or service pushes up its price.

Guess what? The wind and sun are infinite – as long as there are enough turbines and panels relative to people on the planet, supply-side pressures on the price of energy from renewable sources are kept in check.

It is getting to that point where there are enough panels and turbines (and hydro plants) that could potentially lead to higher bills, but this is a short-term phenomenon and far less damaging than the long-term fossil fuel curve of rising, rising, rising, until it runs out. And no amount of subsidy is going to pay for the Earth to produce more oil and gas for us to extract.

7. The impact on the UK’s energy security

We are dependent upon imports from other countries for everything we take for granted in our modern lives. And in these days of dependency on dwindling, increasingly expensive fossil fuels from or through countries, that’s a fairly powerless and perilous position to be in.

One of the greatest reasons to generate our own renewables projects and the structure to support them, favoured by academics in particular, is energy security. In other words, if you own it, and it is down the road, that’s a darn sight more secure (and cheaper) than a tanker passing through the Gulf.

8. The impact on the planet

This is a quick one: no noxious by-products equals less pollution and less threat of massively destructive natural disasters.

On the thorny issue of climate change, even if you don’t believe that the planet is getting warmer, few deny the harmful effects of carbon dioxide (CO2) on the balance of the planet’s ecosystem.

Imagine if your lungs were being pumped full of CO2 – you wouldn’t last long. If we can stop pumping out that CO2 at such an alarming rate, the planet will breathe a little easier.

You know where your money is going. For years, investment banks and fund managers in that place called the Square Mile have been funnelling our cash, unbeknownst to us, into the hands of the great greedy, the bonus boys, the Machiavellis of the modern era, who have in turn ploughed it into companies that have no remit other than to make lots of profit, by any means necessary, mainly for no one but themselves.

In many ways, this mechanism of cash into bank, cash into God knows what and by whom but certainly not much back to where it came from, is how we have ended up in the sorry state the economy is currently in.

But you can’t siphon money off into a renewable energy project. It is not a ‘trust’ (so illicit); it is not a ‘derivative’ (of what?); it is there, you can drive up to it, touch it and maybe have a cup of tea with the developer.

10. The length of the investment term

Short-termism is everywhere in life, but nowhere is it more damaging than in finance. Think of the havoc wreaked by payday loans, for example. Long-term means building something worthwhile, not cutting and running. And renewable energy investments are long-term.

Abundance Generation debentures, for example, are for 20 years or so, in line with the duration of the FIT payments (capital is at risk). This won’t suit everyone, particularly if your investment goal is for something you want soon, such as a car or holiday. But it does provide a big boost to returns to keep your money in something that is (crucially) inflation-linked, for a longer period.

If you re-invest any payments you receive from the investment before the end of the term, so much the better. Great if you are 20 years from retirement, for example, or saving for your young children’s university education. A secondary market for some renewable energy investments is developing. However, the sector is still quite young, so it may be hard to find a buyer for any investment you wish to sell.

Please note that investments in renewable energy projects tend to be long-term. Your capital may be at risk and investments may not be readily realisable. Returns tend to be variable.