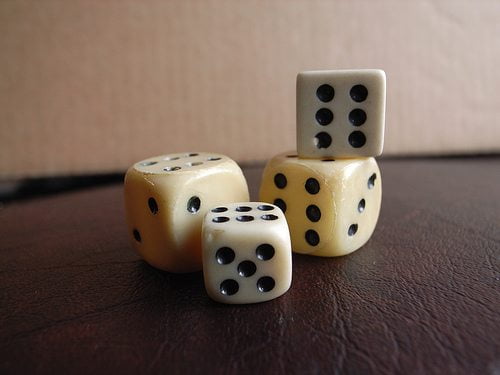 The issue of climate change is not something that should be taken lightly. However, with the teaching of the issue in schools still sparking debate, less conventional and more enjoyable ways to educate children about the future of our planet are more than welcome. And there is surely nothing more enjoyable than board games.

With that, here are Blue & Green Tomorrow’s top five (granted, top five of not very many) climate change board games.

Produced by GEOlino, a German science magazine aimed at children, Meltdown proudly boasts to be the first board game that melts… literally. It is designed to give its young players first-hand experience of climate change from their warm, dry homes.

The aim of the game is to save a polar bear family, whose home on a melting ice floes is disappearing. The children can make the ice themselves (though obviously not actual size).

The bears must make it across the sponge board to safety on the polar mainland. And presumably stop to film a Coca-Cola advert on the way.

The players must balance their own economic interests with the needs of the environment in a game of negotiation.

If only it were so simple.

Taking a slightly different approach, players in Global Warming win by collecting ‘happiness points’, which are collected by providing populations with ‘goods’ such as national industries or green technologies.

The need for sustainability is still paramount. If the players reach too many “warming points”, then the game is over, and the player who’s contributing the least to environmental Armageddon is the winner.

We suspect in real life that would be little consolation.

It’s perhaps not what you’d expect NASA to be involved in, but Leaps and Flutters, produced by a department at the California Institute of Technology, children learn about the real life consequences of actions such as leaving the air conditioning on.

Available to play online or on a printable board, Leaps and Flutters recruits children to save endangered frogs and butterflies.

Players take the role of ‘climate diplomats’, organising conferences for like-minded countries. As the rules sound more than a little complex, and as it deals with Gross National Product and frequently uses the phrases ‘per capita’, its probably not one for the younger kids.

And as an ethical investment magazine, we wouldn’t want to encourage gambling too much anyway.

In all seriousness, climate change is clearly a huge issue. Read our Guide to Climate Change 2013 to find out more about the key issues relating to investment and divestment.