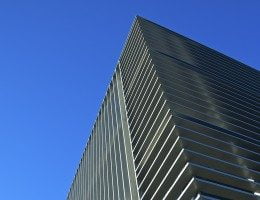 Top features of the week: August 3

We also explored a few more of the confirmed speakers for our energy debate during Sustainable September, and the executive producer of The Simpsons announced at Cominc Con that Elon Musk is set to do battle with Montgomery Burns.

Tom Revell: In a room in London’s stately Victoria and Albert Museum, two inflatable cobblestones now hang in the air like low-budget zeppelins above a troop of cartoonish gorillas clad in leather. Read more.

Richard Essex: Not only is socially responsible investment (SRI) no longer marginal, but investors have an ever-increasing range of sustainable investment options that are safe and reliable. Read more.

Jemma Collins: Jeremy Leggett, Karl Harder and Mark Powell have all been confirmed as speakers for the Sustainable September’s Energy Debate taking place at Siemens Crystal in London on September 16. Read more.

4. Elon Musk to appear on ‘The Simpsons’ to do battle with Montgomery Burns

Richard Heasman: Announced at a Cominc Con panel by the executive producer of the iconic animated comedy series Al Jean, electric automotive tycoon Elon Musk will appear on a future episode of ‘The Simpsons’, portraying himself. Read more.

5. Another year, another Forum for the Future scholar graduation

Simon Leadbetter: It was a sultry evening in Camden for the graduation of the Forum for the Future class of 2014. We profiled the scholars as they came to the end of their year and it was great to see them all finally graduate. Read more.