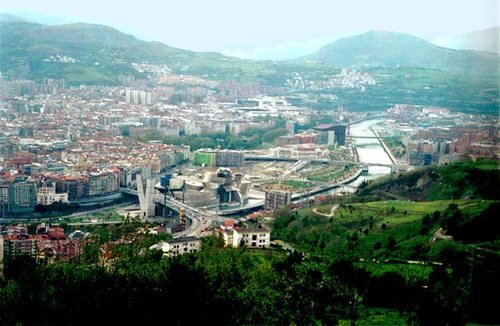 What is being done to drive the transition toward a more sustainable society? Nicky Stubbs recently went to the Urban Integration conference held in Sheffield to find out.

The number of people living in urban environments globally surpassed the number of people living in rural areas in 2006, according to Christopher Kennedy, professor of civil engineering at the University of Toronto. This is particularly alarming, given that the trend is expected to continue well into this century, and that until now, efforts at creating more sustainable urban settings have been pretty lethargic.

In the UK, multiple strategies of mitigating the effects of climate change have been disconnected from each other, often creating inconsistencies and even counteracting productivity. This was found to be the case in a study carried out as part of the COST Action Network on urban integration. Researchers at Newcastle University said that a lack of communication between the government and local councils meant that local efforts to make urban environments sustainable were often undermined.

One of the main issues that local authorities face is that they are increasingly being told that it is their responsibility to ensure systems are put in place to meet carbon reduction and energy efficiency targets, and in an age of austerity, do more with less. Strategies to mitigate the effects of climate change are therefore not clear or concise.

“Much of the problems comes from a lack of clarity in guidance”, says Dr Oliver Heidrich, one of the researchers at Newcastle. “Whereas the previous Labour government set out regulations and guidance more clearly, the Conservatives prefer to devolve powers to local level, which creates inconsistencies.”

In addition to this, councils are seeing their budgets slashed. In some cases, this has lead to strategies for climate change adaptation and mitigation and the need to address a changing world being put on a backburner because of dwindling funds.

This fragmented approach is not entirely restricted to the public sector. Academia has attempted to come up with viable solutions to create more sustainable cities, but using multi-disciplinary approaches and often working in isolation – that is, until now.

Richard Dawson, professor of Earth systems engineering and chair of the Centre for Earth Systems Engineering Research (CESER), says that a coalition of academics from various backgrounds was needed.

“We decided that we needed to create a more integrated approach to address the conflicts that can often arise in planning and sustainability issues in the urban environments. This is where the COST Action Network came from”, he said.

A two-day symposium last week, held at Sheffield City Hall and hosted by Sheffield Hallam University, brought together some of Europe’s leading researchers from a wide range of disciplines, including architects, engineers and policy analysts.

Dawson says, “One of the main issues was the multiple approaches that are used to understand climate change. This is not helpful when ultimately everyone is working toward a common goal. It took us nearly two years to break down the language barriers across the different sectors.”

Another issue faced by people working to come up with practical solutions to mitigating the effects of climate change is one of financial constraints. Dawson said that funding for the initiative had been very tight, meaning that the representation of experience at the event – although wealthy – was mainly reserved for European institutions and thus concentrating primarily on European cities.

“There does seem to be a wider desire to engage in sustainability and that is reflected in the political processes, particularly in Europe where the EU sets out directives for member states”, he adds.

The results of these stringent EU directives certainly shine through in the results. Europe is generally seen as one of the leaders in sustainability, but more must be done to ensure that the policies are followed through efficiently.

On a global scale however, the picture is still pretty bleak. Poorer countries which have very little financial power can often find it much more difficult to operate within a sustainable industrial and urban environment. Western consumerism is often driven by these countries, and whilst creating jobs and some form of wealth, the environmental and social conditions are sometimes compromised as a result.

If we are to truly have an effective transition to a more sustainable society, the collaborative approach taken by the 90 academics as part of the COST Action Network initiative needs to be mirrored in political and diplomatic processes.

It is unhelpful, illogical and damaging to both the planet and its custodians to place profitability and economic prosperity before the needs of the natural environment. Cities are increasingly becoming a big part of that picture and unless global efforts from the public and private sectors and civil society working in partnership adopt this approach, the world we pass onto future generations will be very different from – and much more inhospitable than – the one we live in today.