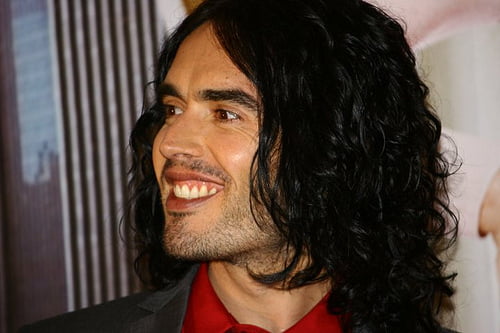 Wanted: a messiah for the sustainable investment movement

Last night, I sat down to watch a rerun of Friday’s Graham Norton Show on BBC iPlayer. It’s usually quite amusing viewing – and indeed, I wasn’t let down – but something that one of the guests said really struck a chord, and prompted me to write this piece.

On Norton’s sofa were singer Paloma Faith, actress Emily Blunt and comedian Russell Brand. The latter played his usual court jester-like role for much of the show, and for all his perceived faults (Sachsgate), is actually a very funny guy. But at one point he showed a remorseful, melancholic side that I personally hadn’t witnessed before – but had, I hear, been on show in his appearance at the Home Affairs Select Committee in April.

“Lately I’ve become a bit disillusioned”, he said to Norton, about the “contaminating” nature of celebrity life.

“I think people go on about it all the time and it’s used to distract us from things that I think are important and that we should be thinking about.

“I’m just saying it’s a shame that it’s all over the papers and all over the telly when we’re facing an ecological and economic crisis that will destroy our planet if we don’t tune in.”

Now, my response to this could quite easily be a rant about celebrity culture. But that’s a whole different piece, and probably not relevant to our site anyway. Instead, my initial reaction to Brand’s words was to see an opportunity.

What if a high-profile figure from the world of sport, film, music or business were to adopt Blue & Green Tomorrow’s message? I’m not saying that none of them do, and I appreciate that there is a whole host of them doing good in the world, but I’m being very specific here: what if someone famous – dare I say it, a celebrity – made it their goal to promote the fact that investing sustainably is the most effective way to benefit prosperity, people and the planet?

Regular readers will know the facts already: human activity is causing pollution in the air, on the land and in the sea – the three vital components of life on this planet. The resources we depend on are running out and simply switching to clean power might not be enough.

Buying eco-friendly light-bulbs and driving around in hybrid cars is all well and good, but if your pension plan is with BP, you might as well be running a fleet of fuel-guzzling racing cars. Put simply, world trade and even global GDP take up relatively insignificant shares compared to what goes on behind-the-scenes in the financial world.

For every $1 of real goods and services produced, $26 is traded financially. But through sustainable investment, there lies a solution for businesses and individuals to make a mark on the planet instead of a footprint.

And imagine if this message was embraced by someone with authority and worldwide fame. Social networks play an important role in this. We saw yesterday through the #EndFossilFuelSubsidies ‘Twitterstorm’ just how effective Twitter can be in circulating a particular idea. Stephen Fry Tweeted asking his 4.5m followers to sign the petition, and that Tweet alone has had, at last count, 1,123 Retweets.

Posts from actor Mark Ruffalo and European climate commissioner Connie Hedegaard also had similar impacts on the social network, with social intelligence engine Topsy Labs claiming that around 1.4 Tweets per second were published with the #EndFossilFuelSubsidies hashtag yesterday.

People like Richard Branson, whose own Tweet has received almost 1,500 Retweets, and Al Gore have done magnificent work in promoting sustainability within business and raising awareness of climate change. But, correct me if I’m wrong, no high-profile figure has taken it upon themselves to highlight sustainable investment as vital to future prosperity. Yet.

So in essence, my parting call is a plea. If you’re a famous sportsman, musician, a famous actor or simply anyone in the media spotlight, I urge you to be the figurehead of this movement. I’d do it myself, but with just a relative handful of Twitter followers (yes, that is how I measure a person’s fame), I’m not sure I have enough influence.