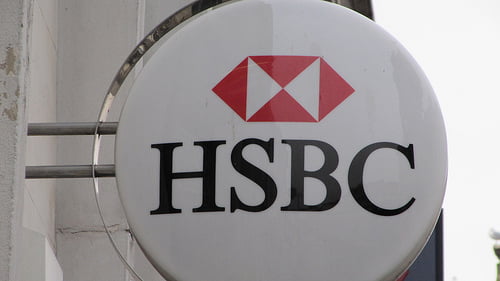 Up until this year, I banked with HSBC. I’d done so since receiving a shiny red money box from them at the age of seven. It wasn’t indoctrination; it was just a free money box to keep my pocket money in. I opened an account with them, and all was well.

In fact, banking back then – The Dark Days, as I now call them –was just an obligatory facet of life for me. Even up to the point where I was finishing university, I barely had any dealings with my bank. But we maintained a good relationship; I earned money from my summer job at a call centre, and it kept hold of it until I needed to buy the next edition of Football Manager. Again, all was well.

Until that point, switching banks hadn’t entered my mind in my entire life. I was already snowed under from putting off university work until the last minute, so why would I need the extra hassle?

I’d never heard of an ethical bank before, let alone what one was. Part of me – in The Dark Days, this is – actually liked being a customer of one of the biggest banks in the world, especially the supposed “world’s local bank”.

But after doing some digging for an article I was writing at the time for Blue & Green Tomorrow, my outlook changed. I learnt that my naïve attitude – thinking that my money was simply sitting in the bank, waiting for me to spend it – couldn’t be further from the truth.

Instead, the big banks were investing it in some of the most unethical industries imaginable – ones that contribute to environmental degradation, resource scarcity, wars, pollution and even death. And industries that anyone with morals and ethics shouldn’t want their money to go towards.

In HSBC’s case, it was money laundering. In July this year, a report by US authorities found that the bank had been used to channel money from drugs lords and terrorists. And this, for me, was the tipping point.

A million miles away from the multinational investment banks like HSBC – banks that caused the financial crisis – are hundreds of dedicated ethical, sustainable and responsible institutions that consider the planet and its people as equally important as profit, many of which are profiled in Blue & Green Tomorrow’s recent Guide to Sustainable Banking.

They invest in industries that are making a real difference, as well as charities and local businesses – all of which leave their mark on the planet, and not their footprint.

According to Move Your Money UK, over half a million people have switched to these alternatives since January, with recent scandals having a profound effect on the customers of big banks.

I now open my wallet and see a shimmering blue Co-operative Bank debit card. The HSBC one is no more, and the shiny red money box is stored away in a cupboard as a reminder of The Dark Days.

I call this next chapter The Good Bit.