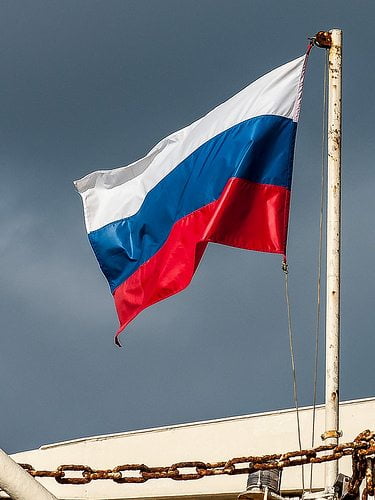 Why Russia supports Syria. In a word, Tartus.

Russia used to be one of two superpowers. The USSR and USA divided the world between them, into two opposing strategic blocs, economically and militarily. The balance of power and rules of the game may have changed, but the self-interest of the two nations hasn’t

Russia,the world’s largest nation, has seen its fortunes wane since the collapse of the Soviet Union, but it remains an ambitious, proud nuclear and fossil fuel power that is engaging in a little realpolitik over the Syria crisis. It is never wise to poke a bear.

The United States is fortunate to have ready blue water (deep waters, open oceans) access to the world’s two great oceans, the Atlantic and Pacific. Its neighbours, Canada and Mexico, are allies.

Russia’s Pacific Fleet has access to the Pacific, but only under the watchful and suspicious gaze of the emerging nuclear superpower China and G8 Japan. Russia’s Northern fleet can just about get into the Atlantic passed NATO members, Greenland (which was effectively Denmark until 1979, during the Cold War), Iceland and the UK (the GIUK gap of Royal Navy and Cold War legend). It can sneak into the North Sea from the Baltic passed Norway and Denmark. Many of Russia’s neighbours are not allies.

One of Russia’s fleets is in the Black Sea (in a base which is part of the Ukraine). This fleet made sense in the era of the Crimean War and the Ottoman Empire, but it is effectively landlocked (Russia has another landlocked flotilla in the Caspian). The only access to other seas and oceans from the Black Sea is through the Dardanelles, controlled by a NATO member, Turkey.

And this is why Syria and the Mediterranean port of Tartus, in Syria, matters symbolically to the Russians. This port has been in use since 1971, so in geopolitical terms, Russia’s dependence on it as a strategic outpost should not surprise anyone. Nor should their support for a government that leases them the territory.

The Russian’s have spent billions to retain it and agreed to be an arms supplier to the Syrian government in return for retaining control. Since 2009 the Russians have been renovating the base and dredging so it can take some of their larger ships.

We may not be Russia, or agree with their foreign policies, but it is useful to understand their motivation. Russia’s national self interest matters as much to the Russian’s, as the United States’s matter to the Americans and the United Kingdom’s matters to us. And to the English, Scots, Welsh and Northern Irish.

We are still very protective of Gibraltar and the Falkland Islands, as we were of Hong Kong, despite the human rights behaviour of its neighbour. Why should we expect Russia to be any different?

The bellicose nature of US foreign policy, aided and abetted by the UK until last week, makes other countries military self interest more pronounced, especially a previously humbled, territorially compromised and encircled Russia. That is not to say that liberal, democratic nations don’t have a higher moral ground, but the governments overthrown and replaced by dictators by the USA may beg to differ.

Refusing to grasp or acknowledge the geopolitical interests of a Security Council member and trying to paint the world simply as ‘us’ and ‘them’ or ‘good’ and ‘evil’, is less than useful. It is wrongheaded and counterproductive. To say, “we understand your concern Russia, how can we make this work for you?”, would be a start.

An agreement that gives Russia a blue water port, while difficult from a strategic perspective, allows them to save face and may give them cause to reconsider their support for Syria’s odious regime.

Several commentators say Russia has no interest in Tartus and the continued presence at the base is purely symbolic of Cold War ambitions. But no one could argue that Russian power and symbolism doesn’t matter to that country’s president.

We were happy to tolerate Mubarak as an ally, tolerate Mugabe today as an annoyance and actively support regimes in the Middle East that have appalling  human rights records, which makes us hypocrites and exposes the shallowness of our arguments and accusations.

That our government renditions prisoners of war for torture and aggressively spies on its own citizens and allies, makes us sink to the lowest common denominator. Our foreign policy house is made of glass, so we should be wary of throwing the first stone. Especially at a nuclear-armed bear.

We could also stop selling arms to odious regimes. We ‘knew’ Iraq had weapons of mass destruction, because we had the receipts.

In a classic game of ‘my enemy’s enemy is my friend’, the West armed and gave cash to Iraq. Can we blame Russia for doing the same to its ‘enemy’s’ enemy?

Rather than indulge in jingoism, we would do better to engage, discuss and compromise with other nations. Imperial indulgences on the part of colonial Spain, Portugal, the Netherlands, France, Britain and the United States have done more to destabilise the world than create peace. Look at all the straight lines in current conflict zones and ask if they were formed organically or were drawn by a misinformed, distant, colonial bureaucrat.

If we stop bombing people we will create fewer martyrs and deny the next generation of potential terrorists grievance and just cause. If we kill someone’s innocent brother, sister, father, mother, daughter or son, we are the recruiting sergeant for our enemy. That they are foreign, doesn’t mean that they love their siblings, parents and children less, or feel any less vengeance.

If you killed my wife or sons, I might contemplate killing you. To feel this way is to be human. To not do so and rely on due process, a privilege of those who live under the rule of law. To not acknowledge that feeling in others, sociopathic. To retaliate outside the rule of law, vigilantism/terrorism.

And I mean no offence in all this to the United States, which from its founding fathers, has stood for opportunity, liberty and justice. It’s just a pity that American lions are led by Congressional donkeys, who think the best way of creating peace in the world is overthrowing democracies and bombing the rubble in other countries.

Martin Luther King Jr, paraphrased Gandhi, when he said “The old law of an eye for an eye leaves everyone blind.”

All we are saying is, give peace a chance.