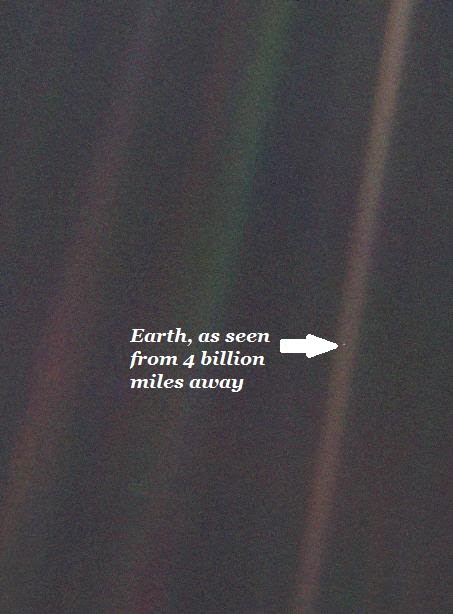 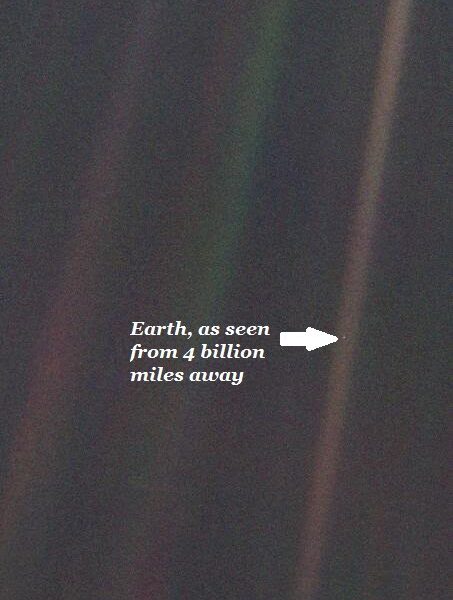 In the book Pale Blue Dot*, Carl Sagan, the astronomer and author, described Earth as “a mote of dust suspended in a sunbeam“. Earth is vulnerable and tiny, in a vast emptiness. Maybe we should look after it better; after all, it’s the only planet we’ve got.

‘Profit is the whole of the law’, is the prevailing view of many economists and politicians. Couched in cuddlier terms such as ‘wealth creation’, the ruthless, and often reckless, pursuit of profit in unfettered markets is the only engine of economic growth. Let’s throw in another R – rapacious – for good measure.

Such economic theories stem from the Age of Enlightenment (when man conquered God), which followed the Age of Discovery (when man conquered Earth), when the Earth seemed like a really big place with infinite capacity and human ingenuity was limitless. Even in the 1950s as the Chicago School (scholars included Hayek and Friedman) brand of neoliberal theory took it’s grip on modern economics, environmentalism and our scientific understanding of man’s impact on the planet were in their infancy.

Since then, we have learnt that Earth does not have infinite capacity and tolerances. It’s only really in the last five decades that we’ve realised just how small our planet really is.

Resources are running out more rapidly than many think, or would have thought possible a few years ago.

As the infographic in this article shows, many of the materials we take for granted and rely on will be gone in the next few decades. Oil, the fuel of our economy, has a finite life and is becoming more expensive and dangerous to source. And that’s according to liberal, sandal-wearing treehuggers, such as the CIA, Oil & Gas Journal, OPEC and the US Department of Defence.

The air we breathe and land and seas that feed us have become poisoned.

Oil-based plastics and other toxic chemicals have entered the food chain.

Outdoor air pollution from industry, transport and homes is estimated to kill 1.3 million people per year, according to the World Health Organisation. And that’s just the deaths; never mind those whose quality of life suffers. It is estimated that globally 9% of lung cancer deaths, 5’% of cardiopulmonary deaths and 1% of respiratory infection deaths are linked to the fine particulate matter that is air pollution.

Water, energy and food demand is estimated to rise by up to 50% by 2050. Our current economic model, and means of production and distribution, are unstable and unsustainable. Living in the rich world will not insulate us from these future shocks. Powerful nations in the east are becoming richer and some, unshackled by western niceties such as liberal democracy or the rule of law, can throw their weight (and money) around to get what they want. Just as we did in previous centuries.

But it’s not just us.

We have destroyed half of the world’s woodlands and damaged 70% of the remaining area through logging. We have stripped the seas beyond the point where fish stocks can replenish themselves. Do we need to mention declining polar ice caps? All of this destroys habitats for wildlife, creating ever narrower habitable zones.

Now, you could argue it is our right to use the Earth as we want. Its resources, flora and fauna are simply there for our pleasure or profitable use. Reckless, rapacious, exploitative, irresponsible and unethical profiteering is the name of the game.

Funny isn’t it, that those who stand to gain the most financially from the status quo in business, politics and media are the most vociferous in ignoring and undermining scientists and charities that can see the evidence first hand. Funny that. Funny how ‘science’ that cures people, puts man on the moon and underpins almost all human activity is classified as a hoax when it relates to the climate.

Future generations will condemn this kind of investor, business, media mogul and politician, just as we condemn slave traders today.

Sustainable investors understand that we only borrow the planet from future generations. It’s not just a proverb, but a universal truth. They accept that we have a responsibility to all of Earth’s inhabitants, be they animal or vegetable, to leave it in a better state in which we found it. Driving species to extinction is unconscionable. Preferably, we need to leave some minerals still locked away under ground, so future generations can find use for them in less harmful ways.

Sustainable investors understand that there are significant limits to growth and that we can enjoy incredible prosperity without growth.

When reflecting on the pale blue dot photograph Sagan reflected, “To me, it underscores our responsibility to deal more kindly with one another and to preserve and cherish the pale blue dot, the only home we’ve ever known.”

We couldn’t, we wouldn’t even try, to put it better ourselves.

* The pale blue dot is a photograph of planet Earth taken in 1990 by the Voyager 1 spacecraft from a record distance of about 6 billion kilometers (3.7 billion miles) from Earth, as part of the solar system family portrait series of images. In the photograph, Earth is shown as a tiny dot (0.12 pixel in size) against the vastness of space.The Voyager 1 spacecraft, which had completed its primary mission and was leaving the solar system, was commanded by NASA to turn its camera around and to take a photograph of Earth across a great expanse of space, at the request of Carl Sagan.

Why sustainable investment? Because it makes sense