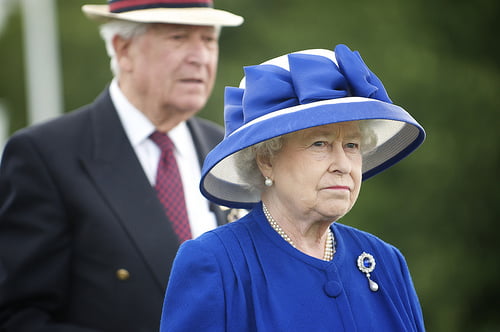 As the Commonwealth starts to indulge itself on all things royal, Blue & Green Tomorrow takes a look at the Queen’s close relationship with renewable energy.

On May 9, the Queen’s Speech pricked up the ears of those in the energy sector. Her address suggested that the coalition “will propose reform of the energy market to deliver secure, clean and affordable electricity, and ensure prices are fair.”

An energy bill, such as that on the forthcoming legislative agenda, would be well received with hopes of covering low-carbon projects as early as 2014.

Gaynor Hartnell, chief executive of the REA (Renewable Energy Association), in response to the Queen’s Speech, said, “We look forward to seeing the details of the energy bill. This is of immense importance to project developers in renewables, as the measures it puts in place will eventually replace the Renewables Obligation.

“The new arrangements aim to deliver a stable price for renewable electricity generators, irrespective of what happens to electricity prices. If all works are intended, it should make project development less risky and means that the public pays no more than it needs to for green power.”

Offshore wind power is essential to the government’s energy policy. To facilitate a transition to the European Union’s renewable energy targets, with 15% of energy aimed to come from renewable sources by 2020, the Crown Estate signed agreements back in 2010 with nine private developers.

Round 3 was announced back in 2008 but since, the key question has been, “When will the projects commence?”

The Crown Estate’s revenue is predicted to soar in the period leading up to 2020, with additional lease incomes deriving from the development of offshore wind farms.

The Energy Act 2004 saw the rights to exploitation of areas outside the territorial sea for energy production granted to the Crown Estate, with respect to the production of energy from water of wind.

In this, the Queen stands as a prominent beneficiary to upcoming renewable energy efforts, especially given the vast potential that is offered by our seas.

The Daily Mail reported in 2010 that the Queen would take home £37.5m a year through offshore wind alone, a figure that could rise to £250m if predictions are correct.

But regardless of the sum, the Royal Family have an almost unique opportunity to drive renewable installation in this country – something that would not only benefit them, but the country, the economy and ultimately, the planet.