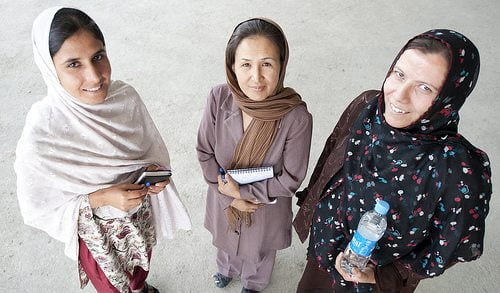 The investment world has too long ignored the needs of women, often to its own detriment. As part of International Women’s Day, Lynne Ford of Calvert Investment Distributors asks whether 2014 could be the year of women’s investment.

The investing world at large has a long history of missing the boat when it comes to women’s issues, but this could be the year when that finally starts to change. A confluence of various factors, both positive and negative, may just make 2014 the year of women’s investment.

Things are certainly better for women now than they’ve ever been. Around the world, women outnumber men in colleges and universities, and are increasingly filling senior positions in the work force.

According to State Farm, women account for 45% of American millionaires, and about two-thirds of US wealth is expected to be in women’s hands by 2030.

And yet, despite the improvement in their autonomy and earning power, women lag significantly behind men in their retirement planning, especially when it comes to investing.

That gap may start to shrink this year. Indeed, there has been a recent, dramatic increase in the number of women seeking out financial advisers. According to a survey by research firm Phoenix Marketing International, nearly half (49%) of female respondents relied on a financial adviser in 2013, an increase of 41% since 2007.

Headlines across media outlets proclaim the rise of the female investor. Not only is this because women have more money to invest, but also because women may actually be better investors than men.

Recent studies show that women tend to make more money in the financial markets than men because women take fewer risks. That might explain why female hedge fund managers outperform not only their male peers, but also the stock market as a whole.

Another dimension of women’s investing is also gaining traction. When invested dollars go out into the world, they can affect women both positively and negatively, and investors are paying more attention than ever before to where their money is going. This phenomenon is stronger among female investors.

US Trust conducted a recent survey of high-net-worth investors, asking how important environmental, social, and political factors were in evaluating a potential investment. Sixty-five percent of female respondents considered these factors to be “somewhat” or “extremely” important, compared with 42% of male respondents.

Just as we see consumers thinking more about the social and environmental impact of their purchases, so too are investors becoming more conscious about the power of their money, and women are leading the way.

Much work remains to be done to make the investment world a better place for women, but the momentum is growing. In the course of the coming year, Calvert will be exploring the many ways that investment matters to women.

We see good reason for optimism that 2014 will bring a transformation in women’s interactions with the financial markets. It’s high time for investment in, by, and for women.