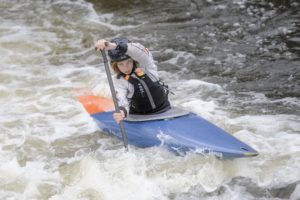 Linton Hydro Ltd have launched a secured bond to build a hydro powered project in North Yorkshire. The River Ouse will play host to the new £2.5 million renewable project, the Linton Lock. Linton Hydro are working in partnership with Triodos Bank to bring the scheme to life.

The bond, launched by Linton Hydro will pay 7.5 per cent gross annual interest for ten years and the money raised will be used to finance the development of a 280 kilowatt (kW) hydro power scheme at Linton Lock on the river Ouse and to acquire an adjacent 100 kW operational hydro power scheme.

It is anticipated that the Linton Lock scheme will be completed and generating electricity by the first quarter of 2017 and once operational, the two projects are forecast to generate a combined 1.87 gigawatts per hour (GWh) of electricity – enough to power 450 homes. The two schemes combined represent the largest hydro project in Yorkshire and use the largest Archimedean screw turbine in the world.

Dave Mann, Director of Linton Hydro said: “This project generates a positive impact on a number of levels. It allows us to harness the power of the river Ouse to produce a significant amount of clean renewable electricity as well as building new modern fish passes and a canoe pass at Linton Lock in partnership with Canoe England.”

Local kayaker, Sam Ellis, is a supporter of the scheme. He said: “Paddling is my life and this project could seriously improve the sport in the UK. In the past, I’ve been an objector to hydro schemes, but the Linton project will create green energy while improving local paddling and fish migration at the same time – it’s a triple-win. Linton Hydro reflects my values and is exactly the type of thing that I would want to invest in.”

The Linton Lock scheme will bring additional environmental benefits to the river Ouse through the installation of a series of modern fish passes alongside the new turbine. Currently migratory fish species struggle to progress upstream to their historic spawning grounds due to difficulty in passing the lock.

An existing dilapidated fish pass at the lock will be refurbished and three new modern fish passes installed as part of the scheme which will significantly improve the migration of salmon, sea trout, brown trout, lamprey and eels in the river.

The Linton Lock scheme is pre-accredited for the Government’s Feed-in-Tariff scheme for renewable energy and will also sell electricity to a local free range chicken farm, with any surplus being sold to the national grid. The existing 100kW operational project already has a power purchase agreement in place with LoC02 Energy, an independent sustainable energy provider.

Dan Hird, head of Triodos Bank Corporate Finance, said: “The Linton Lock hydro power scheme is a great example of a renewable energy project which will benefit both local businesses and the environment to achieve sustainability.

“We are delighted to make this investment opportunity available to individual investors who want to combine a financial return with positive local and environmental impact.”

The Linton Hydro shareholders have already invested £494,000 of capital into the schemes and this will remain in the company as equity until the secured bonds are repaid in full.

An investment in Linton Hydro Ltd bonds is not covered by the Financial Services Compensation Scheme. Linton Hydro’s ability to pay the interest and repay the bonds is not guaranteed and is dependent on the success of its business model, in particular the successful construction of the new hydro scheme at Linton Lock and the continued successful operation of the existing 100kW hydro scheme. Linton Hydro Ltd bonds are unquoted securities with fixed repayment dates and although the bonds are transferable, investors should be aware that they may not be able to access their capital during the life of the bond.