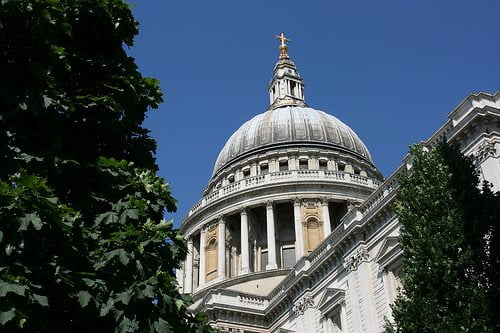 The General Synod of the Church of England has voted overwhelmingly in favour of a motion to review its investment policy towards fossil fuel companies, with one bishop calling climate change “the great demon of our day”.

The motion – put forward by the Diocese of Southwark after a 23-year-old churchgoer at St John’s Waterloo questioned the church’s engagement with the fossil fuel industry – asked the Synod to recognise “the damage being done to the planet through the burning of fossil fuels.”

It also proposed a review of the Church of England’s Ethical Investment Advisory Group’s (EIAG) policy on companies that extract and sell carbon-intensive fuels.

He added, “We have the responsibility, expressed for example in the Genesis story and in the covenant with Noah, to care for God’s creation.”

Christian Today reports that many members of the Synod were extremely supporting of the proposals. The bishop of Sheffield even called climate change “the great demon of our day”.

By approving the motion – with 274 votes in favour, three abstentions, and only one vote against – the Synod has ruled that the EIAG must publish its policy review by the end of 2014.

Some campaigners have praised the church’s stance. Dr Alison Doig, senior climate change advisor at Christian Aid, said she welcomed the decision at a time when many flooded areas of the UK were seeing first hand what a warming world might look like.

“The Church Commissioners are fortunate to have £8 billion under investment”, she said.

“With great wealth comes great responsibility and I’m encouraged to see the church taking that responsibly seriously by reviewing their ethical investment policies.”

Wednesday’s debate follows months of lobbying from campaigners for the church to entirely ditch its investments in fossil fuel companies, rather than pursue a policy of engagement.

The Diocese of Southwark’s motion had originally called for divestment, though this demand was removed after initial discussions.

Speaking after the decision, Rev Prof Richard Burridge, deputy chair of the EIAG, said, “I understand why some are calling for divestment [from fossil fuels]. But it’s not as simple as that.

“Making the transition away from fossil fuels will be long and hard and will require sacrifice”, he said, adding that the church and wider society “can do little to mitigate or adapt to [climate change].”

Also discussed by the Synod was the church’s controversial investment in the payday loan company Wonga.

The church suffered a high-profile embarrassment last year when it emerged it had indirectly invested in Wonga, in the same week the archbishop of Canterbury said he would try to compete such companies “out of existence”.

Speaking on Monday, James Featherby, the chair of EIAG, said that selling the church’s stake in Wonga would take time. He explained, “To dispose early might damage other investments because Wonga is held in a pooled fund along with a sizeable number of other, much more positive, investments, and one simply can’t sell one without the other.”

Despite such difficulties, Featherby urged the church to take see the potential in taking part in business and investment.

He said, “Being involved in the field of play, where our investments can support long-term, sustainable wealth creation for all stakeholders in society and where returns on investments increase the church’s ability to fund its mission and witness.”