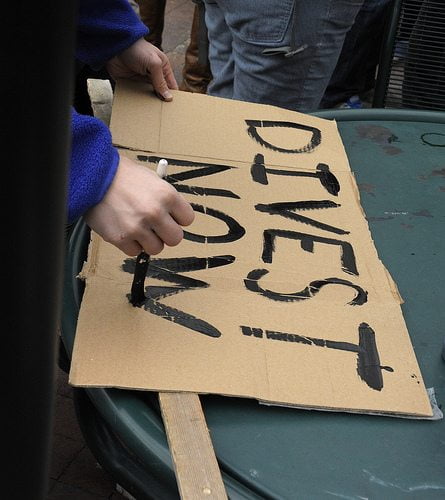 As a group of institutions and foundations reveals a $50 billion shift from fossil fuels to cleaner investments, the Church of Sweden, one of the first to join a growing movement calling for ditching dirty energy holdings, has completed the divestment process and is now officially fossil-free.

The church has now made its almost $700 million (£426m) assets fossil free. Gunnela Hahn, head of responsible investment at the Church of Sweden, explained, “As a responsible investor we look upon ourselves as owners of the companies we invest in. We do not want to own, and thereby fund, the extraction of fossil fuels. Instead we want to own and fund companies that stand for solutions.

“Furthermore, we see a financial risk in owning fossil fuel companies. Their value consists to a large extent of fossil fuel reserves that risk losing in value, since they cannot be extracted if we are to have a liveable planet.”

Organisations that decide to divest are moved by ethics – given the role that fossil fuels companies play in worsening climate change and pollution – and profits. Experts have in fact warned that if policies to prevent a 2C warming are implemented over the next few years, much of the fuel reserves will have to remain unexploited, leaving investors with stranded assets.

Campaign group 350.org, which launched the divestment movement, has revealed that in the last year the number of religious, educational or civil institutions moving finance away from fossil fuels companies has more than doubled from 74 to 181 commitments.

Tim Ratcliffe, Europe Divestment Coordinator at 350.org, said, “More and more investors are pulling their money out of climate-wrecking fossil fuel companies. This growing movement won’t bankrupt them financially but it can remove their social licence to operate and take away their political power.”

As the UN climate summit kicks off in New York to agree on more effective measures to tackle climate change, a group of high-profile institutions and philanthropists, including the Rockefeller Foundation, has committed to move $50 billion (£30.5m) in fossil fuel assets towards clean energy.