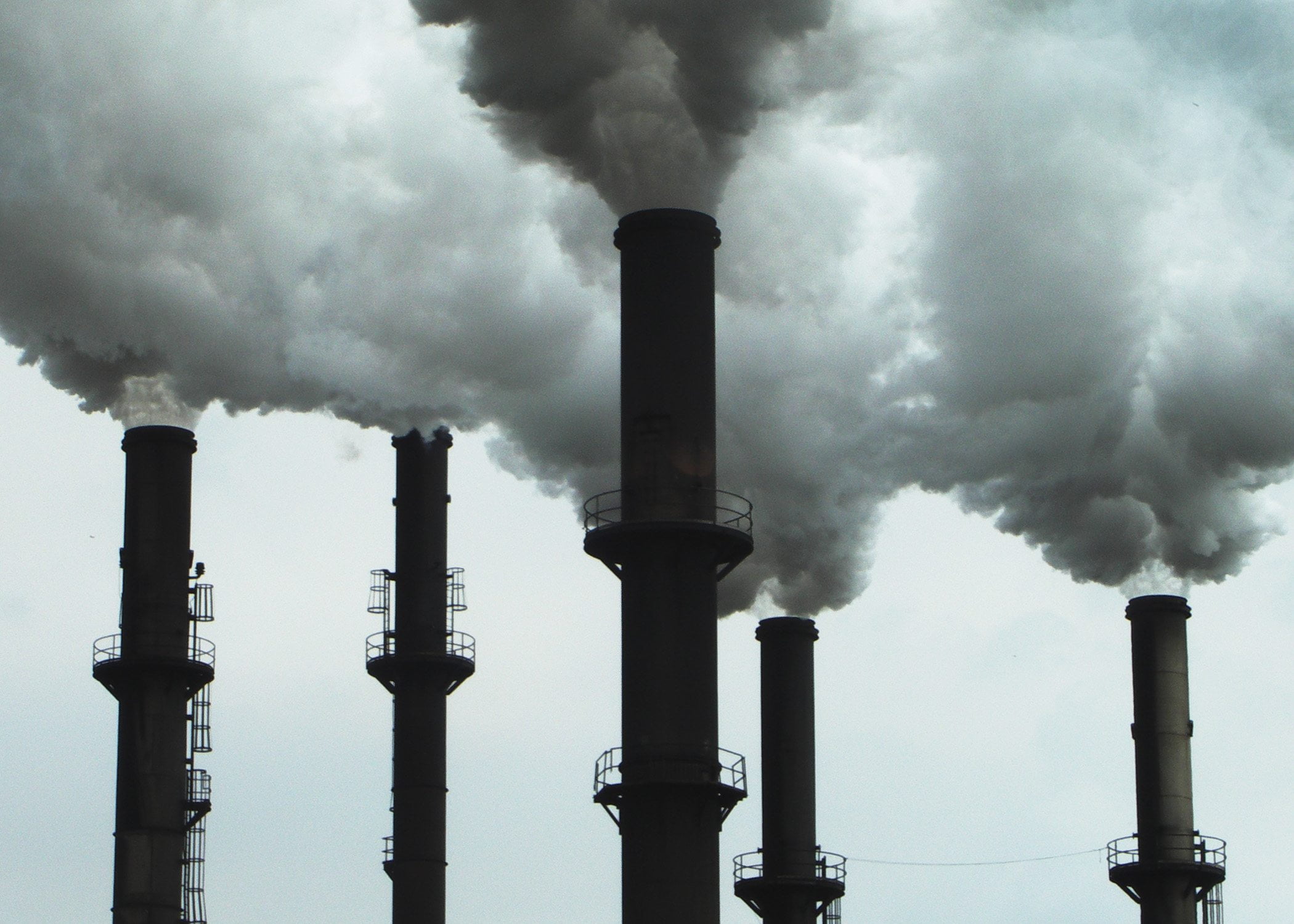 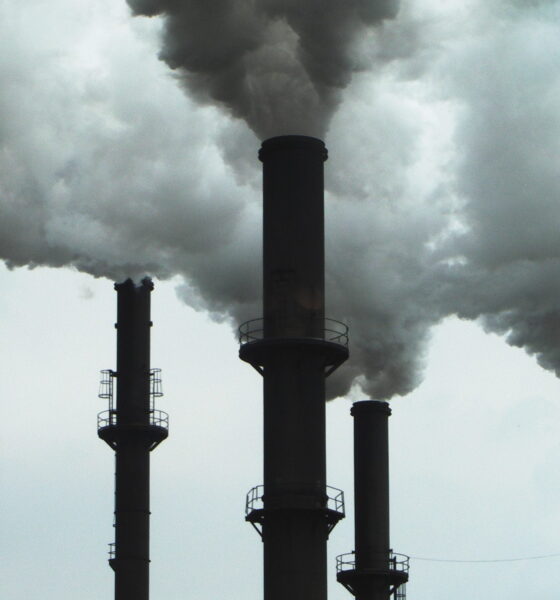 Bill McKibben and his team at 350.org have done something that at one point it seemed inconceivable the environmental movement would ever do again. He has revived and reframed the climate change conversation into something clear, tangible and unavoidably urgent. How? By telling us to do some simple maths.

McKibben’s message first gained real prominence after an explosive article in Rolling Stone magazine. Since then it has led him on a world tour to convince university endowment funds and other asset owners around the world to divest from fossil fuel companies.

So let’s take a look at the maths for ourselves and explore whether or not a campaign for fossil fuel divestment could actually work.

First, the widely discussed 2C of global warming. This is the politically agreed point – but not necessarily a scientifically safe one – beyond which we should not go in order to limit the chances of ‘dangerous’ climate change. Dangerous climate change consisting of triggering feedback loops which would accelerate and reinforce global warming beyond our control.

Next, 565 gigatonnes. This is the amount of CO2 humans can put into the atmosphere with approximately 80% chance of avoiding 2C of global warming.

Finally, 2,795 gigatonnes. A conservative estimate of the amount of carbon contained in the proven coal, oil and gas reserves of the world’s fossil fuel companies. Conservative because amongst other things, it doesn’t include shale gas. The key point here is that these reserves are currently factored into our valuations of these companies.

Conclusion: if fossil fuel companies burn all the reserves on their books science tells us we are on course for at least a 4-6C rise in temperatures or higher. If these fossil fuels are left in the ground, trillions of dollars are going to be written off existing company valuations. Enter the carbon bubble as neatly described by UK-based Carbon Tracker initiative.

Of course, it may not be a bubble; they may still burn all of the fossil fuels on their books. As the current dash for gas shows, there’s certainly no sign of any deviation from business as usual. Whether or not stock market valuations will have any relevance in a world which will undoubtedly struggle to cope with a 4-6C rise in temperature within a century is a completely different question.

As Kevin Anderson of the Tyndall Centre for Climate Change Research points out in a truly sobering 2012 lecture, “There is a widespread view that a 4C future is incompatible with an organized global community, is likely to be beyond ‘adaptation’, is devastating to the majority of ecosystems and has a high probability of not being stable. [i.e. 4C would be an interim temperature on the way to a much higher equilibrium level].”

The maths, therefore, is quite clear. If fossil fuel companies enact their business plans we may trigger a collapse in our society and the ecosystems that support it.

Enter the call for divestment

Divestment as a concept appears to make a lot of sense. After all, why support companies presenting a business model that is likely to cause irreversible damage to the planet by buying or continuing to own their shares?

Theoretically, if every investor currently owning shares in fossil fuel companies were to divest demand for these companies’ shares would fall and so would the price. If shareholders were wise to the motivations of such a divestment, they may even call for the removal of the board in favour of one that was more likely to pursue a business model that was less harmful to their share price.

The first question, therefore, is whether sufficient scale can be achieved. Time will tell, but the answer is much more of a maybe than a resounding yes.

According to a recent report by the Global Sustainable Investment Alliance, $13.6 trillion of equity (21.6% of the global total) is managed by investors looking at various environmental, social and governance (ESG) factors. However, a recent paper published by the Network for Sustainable Financial Markets, suggests that of the $13.6 trillion only around $1.5 trillion is in fact managed specifically with sustainability in mind.

Given every company’s raison d’etre is to generate value for shareholders, it would be demonstrably against the interests of companies to pollute if it weakens the share price

The gap between these two figures represents the multitude of pension funds and large asset owners who either purely engage with companies on sustainability issues or who apply a single sector screen, excluding tobacco companies for example. The good news is that the latter group of single-screening investors may be keen to join the divestment movement by adding fossil fuel companies to the black list.

Interestingly, after an extensive piece of research, the Norwegian Government Pension Fund Global (rebranded in 2006 from the Oil Fund of Norway) began excluding tobacco companies on the grounds that their product, when used as intended, was deliberately harmful. A case could well be made about the products of fossil fuel companies also being harmful when used as intended.

In any case, there is clearly much ambiguity as to what constitutes ‘sustainable investing’, never mind specific climate-related strategies.

The second question, however, is somewhat more complicated. What happens if we do get every investor, or at least every investor concerned with sustainability, to divest? Yes, we would have applied pressure to the largest fossil fuel companies and potentially also got them to re-think their business models. No mean feat indeed.

But crucially, would that be enough to realign the global economy on a carbon-free trajectory? It would certainly set us along our way; that much is for sure. But it would stop short of creating the apparatus necessary to make sure that every company in the world moved towards a carbon-free business model. After all, this is not just a supply-side problem.

The true nature of problem is captured neatly in the title of a recent book on the subject: ‘The Burning Question’. Indeed, whilst fossil fuel companies may be extracting and selling the fossil fuels that are causing climate change, it is the global economy and the various agents within it that are doing the burning.

Weaning the global economy off fossil fuels is a systemic challenge that will require pressure and incentives across the board. The only guaranteed route to ending fossil fuels is to end the market for them. In that case a divestment campaign would be the least of their worries.

There is one additional point to consider when looking at divestment as a strategy to tackle climate change. In essence, it divides the progressive sustainable investment community into two camps: those who ‘engage’ and those who ‘divest’. Should the divestment camp succeed in ebbing out those who engage, there may be no-one left on the inside to influence corporate behaviour. Ownership, at least, offers the ability to influence.

The question, therefore, is whether or not we can combine the strong message of divestment with the opportunity to engage and change behaviour, which is after all what we are trying to achieve as effectively and speedily as possible.

Moving beyond divestment: what would a mechanism to internalise the externality of carbon look like?

Environmental tracking is a market mechanism designed to pick up where divestment signs off. It is predicated on the same set of ideas. Firstly, harnessing the power of the financial system is where the greatest power to affect change lies. Secondly, influencing company share price in line with emissions is something no company would be able to ignore.

The difference, however, is that environmental tracking is designed to incentivise the world’s largest companies, regardless of sector, to lower their emissions and improve their transparency. Furthermore, it seeks to do this in a way that is sufficiently mainstream that it might just reach the critical mass required to bring about real change.

How? First, by creating a dynamic and public carbon ranking system of the world’s largest companies. The ranking system is designed to drive greater transparency and lower greenhouse gas emissions, giving each company a constant incentive to improve relative to its peers. Furthermore, by including Scope 3 (supply and value chain) emissions, that is emissions over which the company has influence but not direct control, the ranking system has the ability to exert influence across all sectors and all geographies.

Second, by translating the carbon rankings into a series of investable indexes, just like the stock market indexes that currently attract approximately one third of global equity investment. The difference, though, between these indexes and the existing indexes we have all heard of, like the FTSE 100 or S&P 500, is that companies are weighted according to their position in the carbon rankings. Once supported by investors, this mechanism offers the ability to apply pressure to companies at the share price level by shifting demand for company shares in line with emissions.

Given every company’s raison d’etre is to generate value for shareholders, it would be demonstrably against the interests of companies to pollute if it weakens the share price. Suddenly the rules of the game would have changed and we would have finally internalised the externality of carbon.

The logic behind this approach is that it isn’t really asking investors to do anything radically different from what they are doing already. Most pensions funds and large institutional investors invest some of their money passively (typically a third for UK pension funds) through indexes – the two main attractions being low management fees and the ability to track the market, as opposed to the inherently difficult task of trying to beat it.

Environmental tracking indexes have been designed to closely track their non-weight adjusted counterparts meaning there’s no real risk involved. In fact, investors are given the opportunity to realign the global economy on a zero-carbon trajectory, thus mitigating the fundamental risk of climate change.

Could environmental tracking offer an effective and practical compromise that captures the benefits of both engagement and divestment strategies?