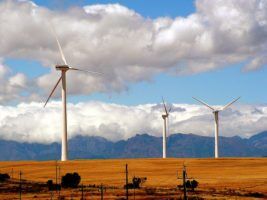 The European Investment Bank has agreed to provide GBP 82 million for the purchase, operation and maintenance of a new electricity transmission connection between the Humber Gateway offshore windfarm and the UK national electricity network.

The European Investment Bank is the world’s largest international public bank, owned directly by the 28 European Union member states and one of the world’s largest lenders for renewable energy related investment. Over the last decade the European Investment Bank has provided more than GBP 3.2 billion for investment in UK energy infrastructure. This has included support for investment in 10 different transmission connections to windfarms in UK waters in the North Sea and Irish Sea since 2011.

The 19 year long-term EIB loan will be provided to Humber Gateway OFTO Ltd and the consortium behind the transmission link project comprises Balfour Beatty and Equitix.

Earlier this year the European Investment Bank agreed to provide GBP 77 million to support the transmission link to the Westermost Rough windfarm located 8 kilometres north east of Withernsea off the Holderness coast.

In the UK, separate Offshore Transmission Owners (OFTOs) take responsibility for offshore transmission assets under long-term OFTO licences. Since its launch in 2009, the OFTO regime has helped to attract significant investment and is managed under a regulatory framework overseen by energy market regulator Ofgem. Under the OFTO regime investors are not directly exposed to construction risks as the transmission assets are only transferred after construction completion.

Other long-term investment in Yorkshire supported by the European Investment Bank includes the Green Port in Hull, investment by Yorkshire Water, the universities of Hull and York, schools in Barnsley, Bradford and Sheffield.  and upgrading hospitals in Wakefield and Pontefract.

Lending by the EIB in the UK last year totalled GBP 5.6 billion and represented the largest annual engagement since the start of EIB lending in the UK in 1973. This supported nearly GBP 16 billion of overall investment in 40 projects across the UK, which schools, university campuses, hospitals, upgraded energy links, renewable energy projects and water infrastructure.