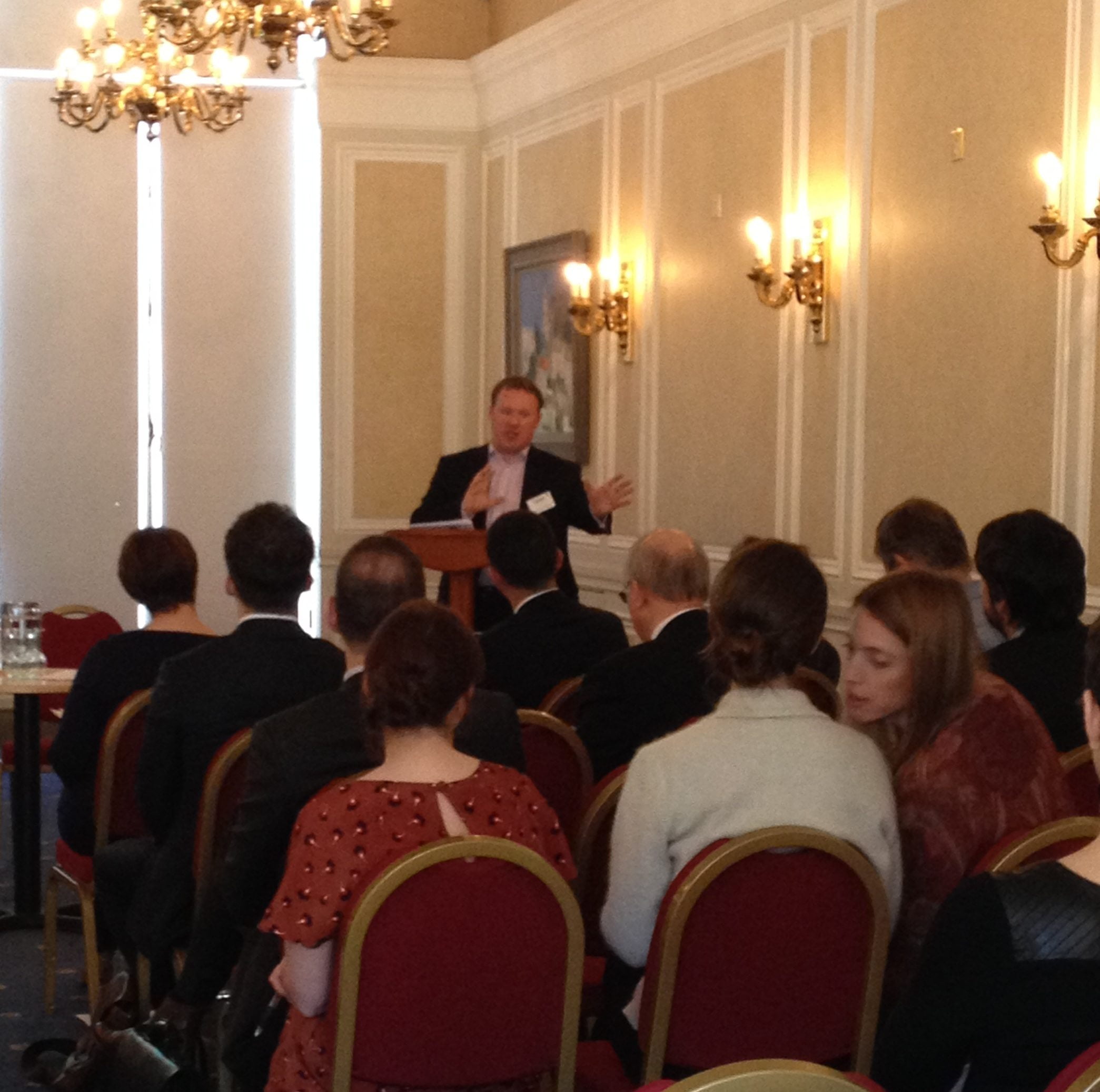 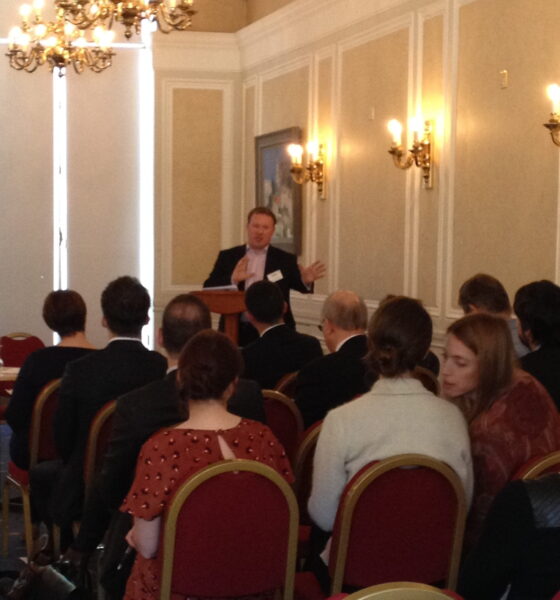 Charlene Cranny of the UK Sustainable Investment and Finance Association (UKSIF) reports on events at the organisation’s recent conference in Edinburgh.

The first UKSIF Edinburgh conference took place on April 17 with over 60 delegates attending. It was sponsored by Sustainalytics and Eurosif, and supported by EIRIS, MSCI, Responsible Investor and Virtuo Wealth Management.

Things began with a members-only survey of the sector. The number and type of RFPs, retail demand post the retail distribution review, fossil fuel divestment and possible outcomes of the Law Commission review of fiduciary duty were among topics discussed.

This debate highlighted the variety of views on Scottish independence. Notable for those more used to Westminster were: one party speaker saying it doesn’t matter either way, we need a new, more sustainable, economy; the near-universal emphasis on regionalism; and suggestions that an independent Scotland might struggle to staff new financial regulators and civil service departments.

Eurosif, the Environment Agency and Trucost outlined how the CLEAR Info project will aggregate disparate site and subsidiary data into material information for regulators and investors. The potential of the project was clear with questions coming from the analyst community; details on the next steps are awaited.

The media and mainstreaming sustainable finance

Simon Leadbetter of Blue & Green Tomorrow gave the audience advice on media work with his ‘never underestimate’ list. The list included never underestimate how dull investment issues are even to the rich, and how incurious journalists are. Tips included: be understood – not clever; use social media more; and frame stories using real, every day, people.

How to make engagement effective

Peter Webster, EIRIS chief executive, led a workshop on engagement activity which concluded that the two main reasons investors presently engage with companies are the pursuit of shareholder value and  because they have specific client mandates that require it. In terms of the future investors would most like to see deeper engagements, but few expected to be engaging with large numbers of companies in the near future. There was a gap therefore between the vision that companies get regular feedback from active owners and the current plans of institutions.

Corporate tax is getting considerable attention with investors and politicians calling for regulatory change and for multinationals to “pay their share”. Sustainalytics’s Zachary Paris discussed risks related to tax practices of multinationals and how investors can engage companies on tax. Edward Bickham of the World Gold Council outlined initiatives that have improved tax transparency in the mining and extractives sectors, and Sudip Hazra of Kepler Cheuvreux discussed the media and finance sectors and some of the overarching tax transparency frameworks.

This panel was designed to let people quiz the standard setters. CDP, the GRI and the IIRC briefly outlined their work and were then challenged. Audience members asked if they weren’t simply producing ‘three versions of the same thing’ but were reassured at details of efforts to harmonise.  Andrew Cave, head of global sustainability at the Royal Bank of Scotland, representing the reporting companies, worried that a proliferation of reporting standards would be costly and made the point that investors looking more closely at business culture, as well as reports, would remove the need for a lot of the data.