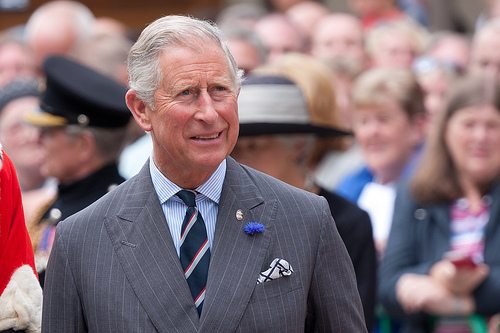 Prince Charles has criticised the pensions industry for focusing on what he called ‘quarterly capitalism’ rather than sustainability, and for failing to tackle long-term challenges such as climate change.

Speaking in a video recorded for the National Association of Pension Funds (NAPF), the Prince said that the industry plays a crucial role in the economic system. However, he argued that the focus on short-term profits was making the system “increasingly unfit for purpose.”

We are all facing a “perfect storm”, he said, from “the combination of pollution and over-consumption of finite natural resources, the very real and accumulating risk of catastrophic climate change, unprecedented levels of financial indebtedness and a population of 7 billion that is rising fast.”

The Prince went on to say that the pensions industry “has a duty” to manage these environmental and economic risks. To do so would also better enable the industry to provide long-term returns.

“Is there not a case for ensuring your portfolios are sustainable in the long term?”, he asked.

“Could you not do so by incorporating sustainability into your long-term strategy rather than having it sit in a subordinate silo.”

The Prince concluded by telling delegates, “It falls to you, I’m afraid, to help shape a system designed for the 21st and not the 19th century.”

Responding to his comments, Catherine Howarth, chief executive of the charity ShareAction, said, “Pension funds have enormous financial clout and could invest in the kind of forward thinking projects that would deliver secure energy, jobs growth, and protection of the environment for future generations.

“Now isn’t the time for complacency. Our pension funds have only a short time in which to act.”

On Sunday, UN secretary-general Ban Ki-moon said pension funds, and other institutional investors, needed to get on board with the sustainability message.

“A transition to a green economy will be virtually impossible if this enormous financial asset class does not itself transition towards low-carbon assets,” he added.