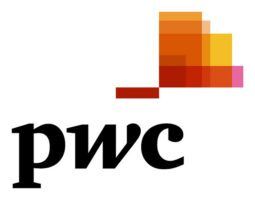 PwC UK Made An Approved Verifier to Climate Bonds Standard

The UK firm recently chose to pursue Approved Verifier status as part of its plans to play a major role in growing this emerging market.

PwC bring an enormous breadth of expertise and market reach to the ç.

“As an Approved Verifier they can support green bond issuers in every corner of the planet; that will make a significant and sustained contribution to the rapid scaling of the green bonds market.

“They have already played an invaluable role in contributing to the upgrade of the Climate Bonds Standard; we are excited to see them join the market as active participants in delivering green bonds advice and Climate Bonds verification services to green bond issuers. We expect a surge of issuance and an acceleration in green bond finance.”

“We are delighted to become an approved Climate Bonds Verifier. We believe that the revised Climate Bonds Standard, together with its verification element, is an important and necessary step that will help to create confidence in the market and encourage the scale of investment required to tackle climate change issues.”

“We have seen a sharp increase in interest from issuing banks and corporates seeking assurance on funds raised to help finance green projects; and the development in market infrastructure such as bond ratings and indices that are driving demands for transparency.”

“We look forward to continuing to work not only with the Climate Bond Initiative as the Standard develops and matures but with the corporate community as they participate in the global transition to a low-carbon economy.”