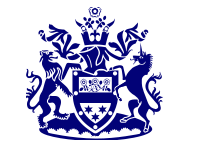 The collapse of solar giants and the rise of an industry

We examine the collapse of the world’s largest Chinese solar manufacturer, Suntech and what impact this might have.

This month saw the collapse of the world’s biggest solar module manufacturer, Suntech. The growth of this Chinese manufacturer had been supported by cheap government loans and subsidies which had seen it, and others, ramp up production over the last few years causing solar panel prices to drop 75% and enabling the Chinese manufacturers to capture a large share of the world market (about 80% of global solar module manufacturing is now based in China). The cheap prices of solar panels mean that it has now achieved grid parity in many parts of the world and is beginning to penetrate large, unsubsidized, markets like India. The International Energy Agency predicts that solar installations will double to 230GW by 2017.

Cheap Chinese production has also meant that solar has become the subject of trade disputes (as we have previously reported) and the European Commission this month ordered custom officials to start registering Chinese solar panels imports. This opens the door for retroactive duties to be applied depending on the outcome of the EU’s decision to impose duties (provisional duties could be imposed by June and definitive ones by December). However, the collapse of Suntech doesn’t signal the end of solar, as a draft of the EU 2030 green energy goals shows an intention to cut carbon emissions by 40% (from 1990 levels) and for renewable energy to supply 30% of energy needs. In Germany (the world’s biggest solar market), the environment minister has proposed raising its 2020 renewable energy target to 40% by 2020 and 80% by 2030 showing that there will continue to be political support for renewables as part of the efforts to decarbonise the economy.