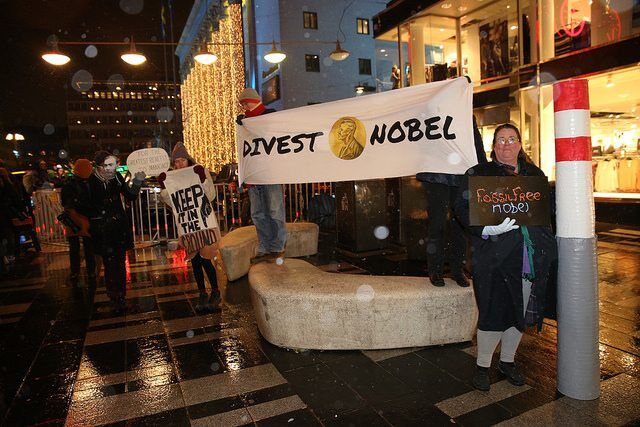 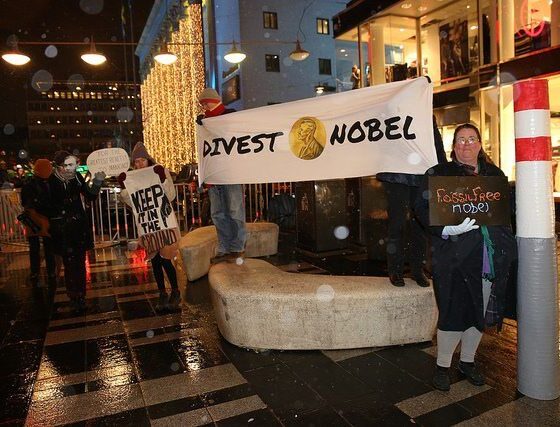 Since the release of a letter urging the Nobel Prize to divest from fossil fuels, Archbishop Desmond Tutu, former Nobel Peace Prize winner has signed on as well as an opinion piece published by other Peace Prize Laureates.

Stockholm-based grassroots initiative Divest Nobel maintained pressure on the Nobel Foundation through creative actions outside the prize ceremonies in Stockholm.