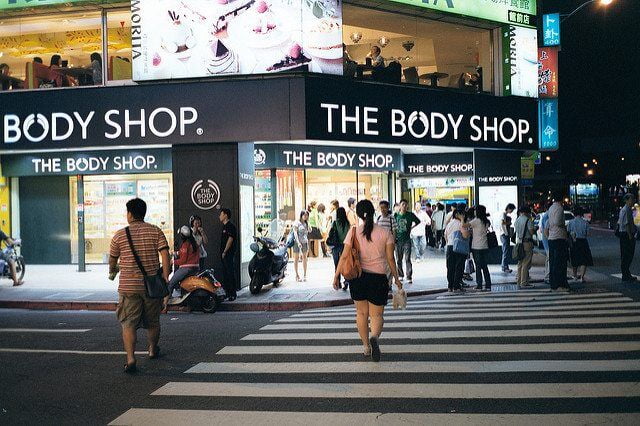 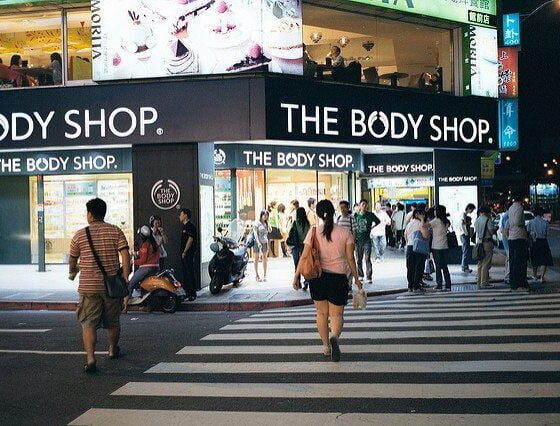 Christmas shoppers are going to help protect endangered animals across the globe including orangutang, tigers and monkeys.

The Body Shop’s successful Bio-Bridges programme aims to regenerate 75 million square metres of forest by 2020 in locations which are rich in biodiversity and home to some of the world’s most endangered animals, helping to protect them from exploitation such as poaching and unsustainable logging. The Body Shop has today extended this pioneering project from its original location in Vietnam to two additional locations in Malaysia and Indonesia exclusively for Christmas, enabling customers to do their bit in helping threatened orangutang, tigers and monkeys.

The Body Shop has always been passionate about tackling some of the world’s most pressing environmental and humanitarian issues and empowering consumers to understand how they can make a difference, from Save the Whale in 1986 to Stop Sex Trafficking in 2013. Malaysia and Indonesia, in addition to Vietnam, were selected as the sites for the new Bio-Bridges projects due to the growing threat of habitat loss in these areas causing animals and habitats to become more fragmented than ever before. Some of the world’s most significant habitat loss occurs in Malaysia and Indonesia, with 11 million hectares of forest – an area the size of Denmark – lost between 2000 and 2010*.

The Body Shop’s customers around the world can participate in the Bio-Bridges project and do their bit to combat habitat loss and help our animal friends. Each time a customer purchases a specially selected gift throughout the campaign from 1 November until 24 December 2016, they will protect 1 square metre of habitat and endangered animals. The Body Shop is aiming to donate £200,000 this Christmas period. The funds will be split between the three projects, with 58% going to Vietnam and 21% each to Indonesia and Malaysia.

This Christmas, which we’re promoting as “The Wildest Christmas Ever”, we will fund projects to help protect endangered species such as the Orangutan, Sumatran Tiger, Malayan Tiger and the Asian Elephant

Christopher Davis, International Director of Corporate Responsibility at The Body Shop says: “Due to popular demand we are extending the Bio-Bridge programme into Christmas 2016 and adding two additional locations in Indonesia and Malaysia. We’ve been delighted with the response to our original Bio-Bridges programme earlier this year and in particular, our customers’ reaction to our campaign to help Reggie, the Red-shanked Douc, find love. This Christmas, which we’re promoting as “The Wildest Christmas Ever”, we will fund projects to help protect endangered species such as the Orangutan, Sumatran Tiger, Malayan Tiger and the Asian Elephant”

In Indonesia The Body Shop will work with Orangutan Land Trust (OLT) which focuses on supporting the preservation, restoration and protection of forests in areas where orangutans naturally exist or have existed in the past. The funds raisedwill support the establishment of a Forest Management Unit in Sumatra, to help protect the southernmost population of a critically endangered and incredibly rare species of orangutan and other endangered species in the Batang Toru forest.

In Malaysia The Body Shop is working with Wildlife Conservation Society Malaysia (WCS Malaysia), a subsidiary of international charity the Wildlife Conservation Society. WCS’s goal is to conserve the world’s largest wild places in 15 priority regions, home to more than 50% of the world’s biodiversity. In Malaysia, WCS Malaysia monitors Malayan tigers in their habitats and works with stakeholders to protect them via anti-poaching patrols and securing critical habitats (bio-bridges) for them and their prey. The aim is to increase the population of the endangered Malayan tigers and to protect their native habitat which will allow them and other wildlife to roam in a larger protected landscape of Endau Rompin.

Launched in summer 2016, the ongoing Vietnam project is based in the Khe Nuoc Trong forest in North Central Vietnam, partnering with World Land Trust and local partners Viet Nature. World Land Trust (WLT) is an international conservation charity, which protects the world’s most biologically important and threatened habitats acre by acre. This Christmas, funds will also be allocated to biological surveys and community engagement projects to raise local awareness of the endangered species, in particular the Red-shanked Douc (“Reggie”).

Davis says: “Bio-Bridges is our programme to restore and protect wildlife corridors within landscapes that are damaged or under threat. All three locations for our Christmas Bio-Bridges – Malaysia, Indonesia and Vietnam – are located within biodiversity hotspots and contain key endangered species of flora and fauna. Just by buying a Christmas gift, our customers are doing something amazing to protect endangered wildlife and endangered habitat in one of three precious parts of the world.”

He adds: “We want to raise awareness of endangered animals in these areas. The Body Shop has always been committed to fighting cruelty against animals – we’re a vegetarian brand and were the first brand to campaign Against Animal Testing for cosmetics – and we know our customers are passionate about cruelty to animals too.”

The programme is being promoted through The Body Shop’s Christmas in-store and digital marketing campaign, ‘The Wildest Christmas Ever”.

The Bio-Bridges programme is one element of The Body Shop’s Enrich Not Exploit™ Commitment, which aims to make The Body Shop the most ethical and truly sustainable global business in the world.

The Body Shop’s commitment to changing attitudes towards sustainable business does not stop at Bio-Bridges. When visiting one of The Body Shop’s stores over the festive season, customers who choose a ‘create your own’ gift box will be given the opportunity to choose a selection of unique gift boxes and bags from Get Paper Industry, one of The Body Shop’s 27 Community Trade suppliers. Get Paper Industry is a cooperative in Nepal making environmentally-friendly handmade paper and paper products, with their profits reinvested in the community.