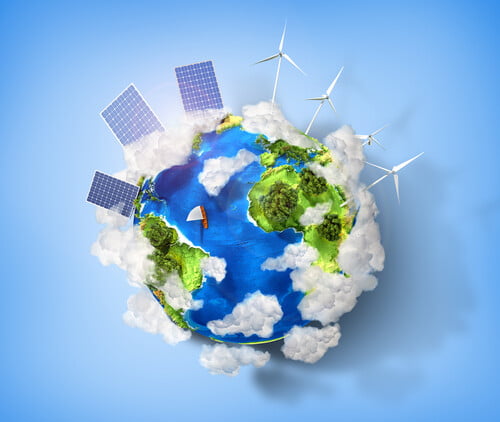 Have Solar Energy And Battery Power Truly Changed Our World?

Apparently, yes, and for better or worse. While not so long ago renewable energy sources seemed like just another pipe dream, today they have become quite mundane, and sometimes considered a life standard which is not to be negotiated. There is no doubt that solar panels are only going to multiply on an even greater scale – as a matter of fact, the predictions show there are going to be 70,000 brand new solar panels every hour in the 5 years to come.

With such a huge number expecting us, here is what kind of an impact solar panels have made on the world, so we could know what to expect.

Owning a home with solar panels used to be only for the extremely environmentally conscious homeowners, whereas nowadays they are a feature which is practically a must have, or at least in highly economically developed countries such as Australia. Purchasing a green home is not just about being environmentally friendly; it’s also about the current trends.

At the moment, home buyers are more inclined to spend money on a pricier home if it boasts signs of renewable resources, and solar panels are one of them.

Valves are often overlooked and they are pretty much taken for granted. Usually, only a person who has worked in such an industry can be aware just how much they are involved in our everyday lives. Basically, whichever energy source we are talking about, there has to be some kind of valve preventing the outburst. Therefore, an increased production of solar panels caused a rise in control valves production, and their development, too.

Step by step, and the world today can now witness one of the greatest achievements of solar and battery power – a Tesla car!

Tesla Motors have already created a car which can travel an amazing 100 miles using only its battery power. What is more, the Tesla Roadster is said to be as fast as any other gasoline powered vehicle. Though the whole idea about a car which doesn’t run only on gas seemed revolutionary when it first appeared, now it is nothing to wonder at. Of course, there are always new ways of creating power via sun energy, so at the moment the biggest invention is Tesla’s solar roof. It may even prove more durable than a regular roof.

Certain countries are more concerned about the environment than the others, and their governments constantly invest in reducing the carbon footprint and minimizing the costs of generating energy from non-sustainable resources. Sweden, for example, has made some significant steps since they have managed to create 57% of the overall energy from renewable sources. China, too, is going to add incredible 40% of the number of global solar panels by 2022. This should put less strain on other sources of power.

Setting up such huge installations requires additional workforce, so it could be said that big solar parks such as Bhadla solar farm in India or the Mohammed bin Rashid Al Maktoum Solar Park in UAE have led to a significant rise in employment rates for the area in question.

Nevertheless, despite the fact that solar power is a completely renewable resource, that doesn’t mean it is perfect in any way. So, here are some rather dubious effects:

Impact on the land

First of all, when we are talking about large energy collecting areas, we tend to forget that there is actually a great piece of land used for the purpose. That soil perhaps could have been used otherwise, and it also becomes prone to erosion.

If you were to look at thousands of solar panels from afar, it would be only too easy to mistake them for a lake, which is precisely what has been happening to birds from Southern California. The animals were seriously injured or even killed in the process of landing onto what they had mistaken for a lake.

Another thing to bear in mind is the temperature which is emitted by huge reflective panels. Birds, bats and insects inadvertently fly into the intense solar beams, and literally end up in flame or smoke.

Therefore, the solar and battery power have definitely changed us and our environment. At times, the change is for the better, which is why we have invented it in the first place. Nevertheless, whatever a man does has an impact on the nature, and sometimes we hurt it even though we have the best intentions at heart.

Susan Josh is a freelance writer. In her free time, she loves to travel. You can reach her at joshsusan85@gmail.com